This is an absolute disgrace. This is why the corrupt establishment press cannot be trusted.

We have long known that the establishment media cannot be trusted.

And we have long known that the Chinese Communist Party is infiltrating our society and seeking to co-opt our institutions against us.

Yet, rarely has it been so obvious as this:

“Globe and Mail runs two pages of upbeat stories on China; the content is produced by the China Daily”

“Pathetic. The Globe and Mail is being pimped out by the China Daily, which is run by the Chinese Communist Party.”

“I feel like it should be bigger news that the Globe and Mail is taking money to publish pages of the China Daily, which is also known as “the publicity department of the Chinese Communist Party””

Making all of this worse is that the Globe & Mail has some journalists who have done strong reporting on China.

Why would they undermine all of that by running CCP Propaganda?

Is something happening behind the scenes?

Is China increasing their efforts to corrupt our institutions?

Are those institutions giving in?

The Trudeau Liberals already appear to have been co-opted by China, as have many Canadian universities and businesses.

Now, with the establishment press running Chinese Communist Propaganda, the infiltration appears to be getting worse.

This is part of the reason why more and more Canadians are turning to Independent Media.

As reported by the True North Centre, China has been criticizing unnamed outlets for slamming China:

Of course, as we know, that’s what the media is supposed to be doing. We are supposed to holding ruthless regimes like China accountable, and we are supposed to stand up for Canada and ensure we are free from foreign infiltration.

The establishment media has abandoned that role, choosing instead to push the Chinese Communist message.

I will NEVER do that.

Instead, I will continue to push back against China’s attempts to influence our nation, and will fight back against any corrupt ‘Canadian’ media that gives into the Chinese Communist Agenda. 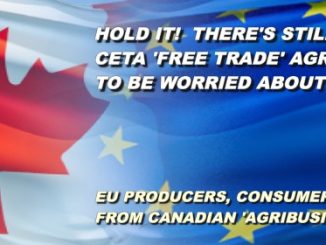