With Bolivia’s former President Evo Morales fleeing for his life to Mexico, the Andean country is on the brink of escalating civil strife and a potential take-over by military rulers. Reports of lawmakers 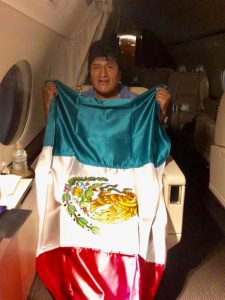 belonging to Morales’ socialist party being attacked by riot police and shut out from parliament, where they still hold a majority of seats, raises fears that Bolivia is descending into the anarchy and dark past of former military dictatorships.

It seems a stupendous denial to call the tumultuous events in Bolivia over the past week as anything other than a coup against democracy. But that is what Western governments and media are doing. Denying shocking reality.

With street protests by rightwing and neofascist groups mounting over the past three weeks since Morales won re-election on October 20, the military and police finally warned the president to step down. Morales did so on November 10. He said he wanted to “stop the bloodshed.” If that’s not a coup, then what is?

With incredible double-think, US President Donald Trump hailed the news of Morales’ forced resignation as a “great moment for democracy”. Trump’s celebratory remarks were echoed by other rightwing leaders across Latin America, including Brazil’s Jair Bolsonaro and Columbia’s Ivan Duque, both of whom are close allies of Washington and its policy of hostility towards socialist governments in the region – a region which Washington considers its “backyard” and prerogative to intervene in at will under the aegis of the 19th century Monroe Doctrine.

In an unveiled menacing message to other Latin American governments whom Washington disapproves of, Trump said:

“These events send a strong signal to the illegitimate regimes in Venezuela and Nicaragua that democracy and the will of the people will always prevail. We are now one step closer to a completely democratic, prosperous, and free Western hemisphere.”

To the list of Trump’s “illegitimate regimes”, we can add Cuba and the recently elected leftwing administration in Argentina, where Washington’s pro-business ally Mauricio Macri was voted out of office last month. 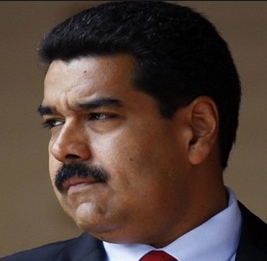 operation in Venezuela carried out at the start of this year. An elected leader is smeared by an intensive media campaign as “illegitimate”, “authoritarian” and “undemocratic”. Then follows a campaign of orchestrated street violence to destabilize the targeted country. As usual, the people pulling the strings are connected to US government funding, such as USAID, and to Washington so-called “think-tanks”. In Venezuela’s case, the military remained loyal to the constitution and incumbent President Nicolas Maduro (pictured). Hence, US subversion of the oil-rich country seems to have failed. Not so Bolivia. Its military and attachés in Washington appear to have been successfully turned to serve US interests.

At stake are Bolivia’s prodigious natural resources of gas energy and minerals, in particular lithium. President Morales transformed the economy during 14 years of successive administrations to dramatically reduce poverty and increase living standards, especially for the indigenous majority who were previously marginalized by a ruling class descended from Spanish colonialists.

Morales became a hate-figure for the oligarchs and their business patrons in Washington. His nationalization of the energy industry and his growing trade and investment ties with China and Russia made him a target for regime change for Washington and the multi-millionaires in Bolivia, who despised his socialist policies and elevation of indigenous people’s rights.

Admittedly, Morales caused controversy when he sought a fourth term as president, thus breaching constitutional term limits. But despite Western media claims and that of the Washington-funded Organization of American States (OAS), it seems Morales decisively won a free and fair election held last month. He won by a margin of 10 per cent ahead of his nearest rival.

We can debate the probity of Morales’ extended would-be fourth term, but what seems quite clear and unacceptable is the systematic US-fomented campaign to throw Bolivia into violent chaos and grossly interfere in the country’s democratic process. The irony of Washington complaining about alleged Russian interference in its elections is amplified by the blatant way the US has trashed the sovereignty of Bolivia to install a militaristic, pro-oligarchic regime whom it desires for its geopolitical and economic objectives.

Amazingly, or perhaps not, the Western media have reacted to the sinister events in Bolivia with an attempt to whitewash and justify what is an egregious subversion.

A New York Times headline this week stated: “Bolivia’s Interim Leader Pledges to ‘Reconstruct Democracy’”. This is a reference to a pro-Washington opposition figure who has appointed a new cabinet.

The Washington Post in an editorial declared: “Bolivia is in danger of slipping into anarchy. It’s Evo Morales’ fault.”

A curious distraction opinion piece by Leonid Bershidsky for Bloomberg made the convoluted analogy between Bolivia and Russia, contending that the Russian people and its military will eventually turn against President Vladimir Putin because of his allegedly similar “arbitrary rule.”

It is disgraceful that Western media should seek to cover-up what has happened in Bolivia. By denying that a coup took place, these media are complicit in giving Washington a license to attack or subvert other nations for regime change. Where is international law? Where is respect for sovereignty? Where is respect for democratic rights, peace and security? This is a green light of creeping fascism.

Here’s the crowning irony for Trump and the American corporate media. They can’t, or won’t, acknowledge illegal regime change and coups in Bolivia, Ukraine, Venezuela, Syria or elsewhere. Because the very same process of subversion is underway in the US itself against an elected president there.

Russia’s Sound Proposal for Peace in the Gulf