The bombing took place on al-Tharda Mountain in the region of Deir ez-Zor and caused casualties and destruction on the ground, Syria’s official SANA news agency reported on Saturday. 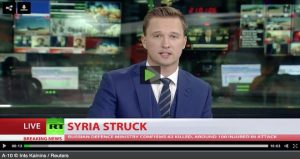 The Russian Defense Ministry said that the aircraft which carried out the bombings had entered Syrian airspace from the territory of Iraq.

Four strikes against Syrian positions was performed by two F-16 jet fighters and two A-10 support aircraft, it added.

“If the airstrike was caused by the wrong coordinates of targets then it’s a direct consequence of the stubborn unwillingness of the American side to coordinate with Russia in its actions against terrorist groups in Syria,” Konashenkov stressed.

The Defense Ministry also confirmed a report by SANA that an Islamic State offensive began right after Syrian Army positions were hit from the air.

“Immediately after the airstrike by coalition planes, Islamic State militants launched their offensive. Fierce fighting with the terrorists is currently underway in the area of the airport where for a long a time humanitarian aid for civilians was parachuted,” Konashenkov said.

The Syrian General Command has called the bombing a “serious and blatant aggression” against Syrian forces, and said it was “conclusive evidence” that the US and its allies support IS militants.

According to a news release of the US Department of Defense, the coalition’s aviation performed combat missions in Deir ez-Zor on Saturday.

“We are aware of the reports and checking with Centcom and CJTF (Combined Joint Task Force),” the Pentagon told RT.

The US Central Command later has issued a statement, saying that it had no intention of targeting Syrian government forces near Deir ez-Zor.

“Syria is a complex situation with various military forces and militias in close proximity, but [the] coalition would not intentionally strike a known Syrian military unit,” the statement read.

CENTCOM promised that the strike and circumstances surrounding it will be reviewed “to see if any lesson can be learned.”

An unnamed US military official told Reuters that he was “pretty sure” that the targets hit in US-led coalition air strike on Saturday had been Syrian forces.

According to the official, the bombings in Deir ez-Zor were carried out using US intelligence, which was being gathered for days.

The US attack stopped as soon as Russia notified the American side that they had been hitting the Syrian military, he added.

Earlier on Saturday, Russia accused the US of being reluctant to take measures to force rebels under its control to fall in line with the terms of the Syrian ceasefire.

Putin reacts to the ceasefire violation

Numerous Russian appeals to the American side remain unanswered, which “raises doubts over the US’s ability to influence opposition groups under their control and their willingness to further ensure the implementation of the Geneva agreements,” senior Russian General Staff official, Viktor Poznikhir, said.

Poznikhir also said that the truce is being used by the militants to regroup, resupply and prepare an offensive against government troops.

Last week, Moscow and Washington agreed to influence the Syrian government and the so-called moderate rebel forces respectively in order to establish a ceasefire in the country.

Since then, Russia has repeatedly complained that the US is failing to keep its part of the bargain. The US, on its part, has blamed Russia for not pressuring Damascus enough to facilitate humanitarian access to Syria.

Neither a mistaken nor a deliberate strike can be ruled out, Kamal Alam from the Royal United Service Institute, told RT when asked to comment on the incident.

There’s a possibility “that it’s a genuine mistake and the Americans in going after IS have gone after the Syrian military… because Dier ez-Zor city is under the Syrian Arab Army, but the rest of the districts are all under IS,” he said.

But it’s “a lot more dangerous” if the US had been “attacking the Syrian military to make the moderates happy,” Alam stressed, recalling recent reports of militants chasing the American Special Forces, which Washington interpreted as a signed of diminishing support from the Syrian opposition.”

Covid is a Project of the Globalists – Russian Defense Ministry [VIDEO] 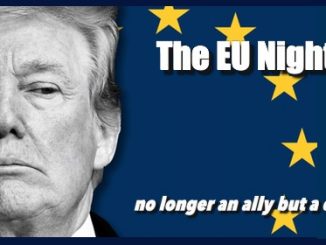 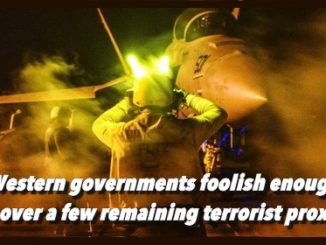