Government Confirms No Coercion For Vaccine

The debate in Parliament triggered by the petition to prevent any restrictions on those who refuse a COVID-19 vaccination, which was signed by over 300,000 people and which we encouraged Lockdown Sceptics readers to write to their MP about, was held on Monday.

Government Minister Nadhim Zahawi supported the petition and the question was agreed by the MPs present. Steve Baker led the argument in support.

Some people argue that property rights should be so strong that property owners should be allowed to serve whoever they wish, but that is not the approach we take in an enlightened and modern civilised society. I am afraid the argument touches on 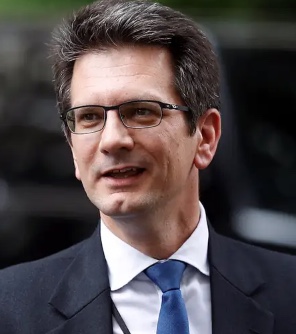 some very difficult issues. For example, we do not allow people to say that they will not have same-sex couples in their bed and breakfast. We will not allow discrimination against the range of protected characteristics.

I can see that Ministers might face a temptation to say, “Let’s allow the acceleration of the roll-out of the vaccine by turning a blind eye to property owners insisting on people being vaccinated before staying in their bed and breakfast, or whatever it might be.” I can see that some Ministers might argue, on the basis of property rights, that shop owners, hotel owners and so on ought to have the choice – I understand the argument, because I am a classical liberal and I think about property rights—but I have to say to the Minister, who I am sure understands the argument, that we cross a Rubicon if we say that it is possible to discriminate against people on the basis of their health status. That would be a very sad and wrong basis on which to go forward as a country, even though I can understand that in the face of this disease, with all that that implies, there is pressure on Ministers, officials, members of the public and businesses – we all know what the costs are. It would be very easy to make an ethical mistake, which we could regret for a very long time.

For those two reasons – because it is not an effective thing to do, and because it is morally wrong to discriminate against people on the basis of their choice not to take a vaccine – I will stand with the petitioners in asking the Government to prevent any restrictions being placed on people who refuse to have any potential COVID-19 vaccine.

Nadhim Zahawi was clear in the debate that the Government opposed coercion and vaccine passports. This followed an initial mis-step last month when he suggested that vaccine passports might be in the pipeline. He told MPs:

Mandating vaccinations is discriminatory and completely wrong, and, like [Steve Baker MP] and others, I urge businesses listening to this debate to not even think about that. I will explain in further detail why that is the wrong thing to do. I put on record my thanks to Professor Karol Sikora, who has many hundreds of thousands of followers, who quoted me and said I eloquently dealt with the issue. We have absolutely no plans for vaccine passporting.

Secondly, cards that were issued after people got their first COVID-19 vaccination have been mentioned on social media. Among other details, they contain the date of their second vaccination. That record does not constitute a so-called vaccine passport. It does mean anyone is immune. As we know, the vaccine is given as two injections, 21 days apart. The second dose is the booster dose. I am sure hon. Members will forgive me for repeating the message that patients must return as instructed for their second dose. Without the second dose, the vaccine will not be effective. That is a really important message, and I am grateful to all hon. Members who are repeating that to their constituents.

Thirdly, on completion of both vaccinations, patients will be issued with a vaccine record card, much as they are for other vaccination programmes, so there is nothing different in the way we are dealing with this vaccine. Again, that does not constitute a so-called vaccine passport; nor can it be used as a form of identification. That would be absolutely wrong. Colleagues will appreciate that the careful and accurate recording of vaccination status is an important part of a public health effort. It supports patient safety during probably the largest and most challenging vaccination programme in British history.

Elliot Coburn MP, who moved the motion, concluded the debate:

My hon. Friend [Steve Baker] put the case for the petitioners very well indeed. We do not want, and will not see, as the Minister has confirmed, restrictions put in place, certainly not mandated by the UK Government – or indeed the Scottish Government, as [Patricia Gibson] has confirmed. I hope that businesses and other organisations are watching and hearing that message. To repeat what we have all said, I urge everyone to get the vaccine when their time comes. They should ask questions if they have concerns, and should listen to the people who have the knowledge. Let us beat this thing and get back to normal.

All those LS readers who signed the petition and wrote to their MP, take a bow.

Stop Press: Andrew J. Green in Conservative Woman has outlined his concerns about the rushed Pfizer vaccine, drawing on the work of Dr Mike Yeadon and Dr Wolfgang Wodarg among others. While to my mind a safe and effective vaccine would be welcome as a way to bring this self-inflicted disaster to a close (despite the dangerous precedent it sets for future similar outbreaks), important questions remain about the vaccines currently being approved and rolled out in double time. Andrew summarises them well:

2. No drug interaction studies have been undertaken (although, actually, this is the norm with almost all pharmaceutical drugs). But with a traditional, viral-based vaccine, past experience will probably give researchers an idea of possible interactions whereas, in this case, we have absolutely no idea of even what type of drugs might interact unfavourably.

3. No animal reproductive or development toxicity tests been carried out, so we have no clue as to potential problems with reproduction or foetal development.

5. It is not known whether the vaccine is excreted in human milk, which is why Section 4.6 also states that it “should not be used during breast-feeding”.

6. Section 4.6 also states, under the heading “Fertility”, that “It is unknown whether COVID-19 mRNA Vaccine BNT162b2 has an impact on fertility.”

The Australian Government Lied: Doctors are NOT Covered by Government’s Indemnity for Covid Injections