ER Editor: While we couldn’t agree more with Robert Bridge, that academe needs to be reformed, the ‘march through the institutions’ of Cultural Marxism has a long history, as we well know ourselves from being faced in graduate school with Feminism, Marxism, Psychoanalytic Theory, etc., etc. In other words, you couldn’t study a literary text without going through these ideological prisms and prejudices first. And the range of  pernicious ideologies has only increased since our time in academe.

Even first year survey courses and upper level speciality courses admitted certain theories ad nauseum (behaviourism in psychology courses) while marginalizing others as historical footnotes (IQ theory, Freudian psychoanalysis). In retrospect, back in the ’80s, much was done to remove determinist theories (nature sets major limits on what is possible) from any position of prominence in favour of ‘the environment determines all.’ We’re now in the madness of evident human biology (male / female) being denied, including representative words like ‘woman’,  in favour of psychological choice, or rather, psychological delusion.

How to root that out among consenting adults who are there precisely to explore a range of ideas?

Trump’s useful position, of protecting free speech on campus, is a good start but is essentially a defensive move. Perhaps the landscape needs to decisively change OFF-CAMPUS for the university milieu to tone itself down and be more moderate. The pendulum will swing back in time, but we wish it would hurry up.

Trump Was Right to End Critical Race Theory in Government, but What About Academia, the Birthplace of Anti-White Ideology?

This month, the US leader instructed his government to end federal training programs that stereotype and scapegoat white people for being “inherently racist” and natural-born oppressors. While a necessary first step at combatting what is essentially another form of racism, Trump’s plan falls short of addressing the problem where it matters most, at the university level.

Last week, Republicans were ecstatic as Donald Trump knocked down a major pillar of leftist woke ideology, known as ‘Critical Race Theory’ (CRT), which postulates that white folks, blessed from birth with an inordinate amount of ‘privilege,’ are knuckle-dragging ‘supremacists’ in constant search of some dark minority to oppress.

Under the nose of the executive branch, the Department of the Treasury, for example, was sponsoring seminars where it was taught that “virtually all White people, regardless of how ‘woke’ they are, contribute to racism.”

Down the hall, at the Argonne National Laboratories, taxpayer funded contractors were indoctrinating staff with the noxious and divisive idea that racism “is interwoven into every fabric of America.”

Even the esteemed Smithsonian Institution, where 30 million annual visitors are admitted free of charge to its museums in 45 states, was not spared the leftist lecture. Its thousands of employees were informed, among other things, that “[f]acing your whiteness is hard and can result in feelings of guilt, sadness, confusion, defensiveness, or fear.”

While it was good to see the federal government shorn of these color-based teachings, invasive weeds that had been growing undetected since the Obama years, the move only succeeds at pruning away some gnarled branches instead of going after the primary source of the problem, which is rooted firmly inside of academia. In fact, Trump’s memorandum seems to give universities a pass from the restrictions, even though hundreds of public institutions of ‘hire’ learning depend on government largesse to fund their operations.

Buried near the bottom of the directive, it states that “[N]othing in this order shall be construed to prohibit discussing, as part of a larger course of academic instruction, the divisive concepts listed…in an objective manner and without endorsement.”

That is a troubling oversight since CRT has captured the fervid imagination of a large number of college professors, which should come as no surprise considering that the world of academia is overwhelmingly liberal to the core.

Columbia University, for example, hosted a “deconstructing whiteness” lecture series specifically targeting white students. As Campus Reform reported, the goal was to “engage in exploration of their white identities and build community and accountability around deconstructing whiteness and white privilege to facilitate the development of an antiracist lens.”

The University of Illinois at Urbana-Champaign hosted – at its School of Music, no less – a number of weekly online workshops devoted to exploring to “the ways that white supremacy manifests in our lives, our communities, and our work.” Perhaps this music class will examine the latest identified bastion of white supremacy, hidden away between the lines of classical music, at least according to a recent feature in The New Yorker, entitled, ‘Black Scholars Confront White Supremacy in Classical Music’.

Even at West Point, the prestigious military academy, cadets who enroll in the “Behavioral Science and Leadership” seminar are required to read “Critical Race Theory: An Introduction.” Its website describes the school’s leadership course as an “introduction to the concepts of race, gender, and sexuality in the American political system” with particular focus on the “inherent inequalities found.”

The disturbing thing about these college lectures is that they precede from the starting point that ‘systemic racism’ and ‘white supremacy’ are widespread phenomena in the United States. Many commentators rightly question that belief. In fact, they argue just the opposite, noting the great strides that have been made in the pursuit of racial equality through numerous government-sponsored programs, including Affirmative Action and the Welfare State, as well as more grassroots efforts connected to the Civil Rights Movement. At the same time, the notion of ‘White privilege’ and institutional power structures that supposedly give Whites a free ride does not stand up to scrutiny, least of all in the workplace where hiring quotas makes White males the least attractive choice.

Nobody would confuse America today with the Jim Crow era, when racial segregation was the rule of law. Such massive changes in the racial landscape over a relatively short period could not have happened without the participation of large numbers of white people, who, incidentally, still make up over 76 percent of the population.

America’s tremendous strides towards a more just and equal nation notwithstanding, the so-called Cultural Marxists, disciples of the Frankfurt School who arrived in America in the 1930s, have exploited racial differences in the hope of bringing about their dream of a socialist paradise. Now, every time a Black person dies at the hands of a White cop, the tragedy is not blamed on the more likely cause of inadequate police training, for example, but on the unproven disease of ‘systemic racism’.

The academy must take much of the blame for perpetuating the myth of systemic racism in America. Yes, there are racists and bigots, but these are representative of all races, not just among the White population.

“Even as universities have received billions and billions of dollars from taxpayers, many have become increasingly hostile to free speech and to the first amendment,” Trump said at the signing ceremony. “These universities have tried to restrict free thought, impose total conformity and shut down the voices of great young Americans.”

Such a stance could also compel US universities to eliminate the teaching of CRT on their campuses, which is just as detrimental to the health of the nation as is the restriction of free speech.

Academia can no longer serve as a taxpayer-funded hothouse for growing virulent racist ideology, which poses a direct threat to the livelihood of millions of White Americans. 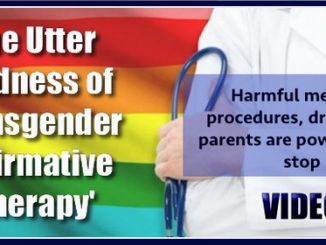 Frankenstein Designer Kids: What You Don’t Know About Gender-Transitioning Will Blow Your Mind 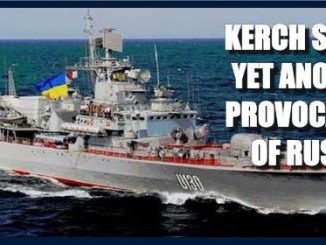