Back in April, I wrote This Is Water.

Financialization is the zero-sum game aspect of capitalism, where profit margin growth is both pulled forward from future real growth and pulled away from current economic risk-taking.

Financialization is the smiley-face perversion of Smith’s invisible hand and Schumpeter’s creative destruction. It is a profoundly repressive political equilibrium that masks itself in the common knowledge of “Yay, capitalism!”.

What does Wall Street get out of financialization? A valuation story to sell.

What does management get out of financialization? Stock-based compensation.

What does the Fed get out of financialization? A (very) grateful Wall Street.

What does the White House get out of financialization? Re-election.

What do YOU get out of financialization? You get to hold up a card that says “Yay, capitalism!”.

So anyway, there I was yesterday, minding my own business, and I saw a tweet about Texas Instruments (TXN) and how they were getting slammed after a difficult earnings call. Sometimes I can’t help myself, so I wrote this:

It’s a popular tweet. An excellent ratio, if you’re into that sort of inside-baseball social media stuff, but a couple of replies thought I was full of it. And there were the de rigueur “stock buybacks mean NOTHING” blog posts and tweets the following day.

Texas Instruments is, in fact, a poster child for financialization.

There’s nothing illegal or incompetent or even unethical about it. It’s the smart play! Hats off to the TXN management team! I’d have done exactly the same thing in their shoes!

But yeah, this is, in fact, why the world is burning.

I’m going to focus on a 5-year stretch of TXN’s financials, 2014 through 2018. This is where the truly meteoric stock price appreciation took place over the past 10 years, even with the Q4 2018 market swoon, and comparing full year financials makes for a more apples-to-apples comparison.

But before I get into the numbers, let me tell you the story.

The Texas Instruments story is free cash flow and earnings growth that management “returns to shareholders”. EPS on a fully diluted weighted basis has more than doubled from 2014 through 2018, net income available to shareholders on a GAAP basis has doubled, and cash from operations has almost doubled.

The Texas Instruments story is NOT a Salesforce.com story. This is NOT a non-GAAP-this or pro forma-that story. There are real earnings and real operations and straightforward financial statements here.

The WHY is pretty simple.

TXN management has cut their cost structure to the everlovin’ bone.

Hahahahaha! I’m just joshing with you. Of course that’s not what the tax cut windfall went for.

But hang on … let me finish with the WHY of cash flow growth.

Over this 5-year period, Texas Instruments generated $25.5 billion in cash from operations and $32.5 billion in earnings before interest, taxes, depreciation and amortization (EBITDA).

From a cash perspective, of course you’ve got to pay taxes out of all that (again, thank you for the extra $1.2 billion, GOP!), which comes to about $7 billion over the five years, but you can defer some of this to minimize the cash hit. And you’ve got to pay interest on the $5.1 billion in debt you’ve taken out, which comes to … oh yeah, basically nothing … thank you, Fed! And you’ve got to account for depreciation and amortization, which comes to $5.2 billion over the five years … but this is a non-cash expense, so it’s not going to dig into that cash hoard. And you’ve got some cash puts and takes from working capital and inventory and what not, but nothing dramatic. And you’ve got $1.3 billion in stock-based comp, but again that’s a non-cash expense … whew! And – oh, here’s an interesting cash windfall – TXN raised about $2.5 billion by selling stock over these five years. Wait, what? Selling stock, not buying stock? Selling stock to whom? Hold that thought …

Put it all together and I figure the company generated about $25 billion in truly free cash flow over this 5-year span (everyone calculates FCF a bit differently, so don’t @ me on this … I’m in the right ballpark). What are you going to spend this treasure chest on, Texas Instruments? HOW are you going to allocate this capital?

Well, surely you’re going to spend a healthy amount on capex, right? I mean, you took a $5.2 billion depreciation and amortization charge over this time span, and we all know that semiconductor manufacturers need to stay on that bleeding edge of technological innovation, right? Because we all know that technology and the productivity it brings are how we grow earnings, right?

Nope. Texas Instruments spent $3.3 billion on fixed assets from 2014 through 2018, one-third of that total in 2018. Some significant proportion of that was maintenance capex as opposed to growth capex. Significant like in approaching 100% (my guess). LOL. And don’t call me Shirley.

Well, if you didn’t spend your money on property, plant and equipment, then surely you spent a healthy sum in M&A, right?

I guess you were paying down debt, then. Deleveraging up a storm, right?

So it’s dividends, right? This is where all the cash went, yes?

Yes, now we’re getting there. $9.1 billion in dividends over five years. A healthy direct return of capital to shareholders. But it’s just a warm-up to the main event.

Between stock buybacks and dividends, that’s $24.5 billion in cash “returned to shareholders”, essentially 100% of the free cash flow generated by the company over the past FIVE YEARS.

What sort of share count reduction would you think that this $15.4 billion in buybacks gets you?

I mean, that IS the logic here, that we’re leveraging earnings growth through the share buybacks. I mean, this IS the judgment call that management is making on behalf of shareholders, that investing $15.4 billion in the company’s own stock is the best possible capital allocation that the company can make.

I would have guessed that surely $15.4 billion would retire anywhere from 20-25% of the outstanding shares over this time frame, with the stock price ranging from $40 to $100.

In truth, Texas Instruments retired only 10% of its outstanding diluted shares with its $15.4 billion investment, going from 1.1 billion shares to 990 million shares.

It’s never been a better time in the history of the world to be a senior manager of a publicly traded company.

Under the narrative cover of “returning capital to shareholders” and the common knowledge of “aligned interests” and the cash windfall of “job-creating tax cuts” and the equity valuations driven by “extraordinary monetary policy” … management teams like that at Texas Instruments have sucked the FUTURE of their company dry for the NOW of their personal enrichment.

And their main tool for this is the stock buyback.

Do stock buybacks lift the stock market “artificially”? I guess. Kinda sorta. On the margins. Then again, markets happen on the margins.

The right question is not whether or not stock buybacks prop up the overall market.

The right question is not the macro.

The right question is the micro.

The right question is whether or not stock buybacks are the best use of capital if you take a steward’s perspective rather than a manager’s perspective.

Which no one does today.

You know, everyone is all in a tizzy about Softbank paying Adam Neumann $1.7 billion just to go away.

the Adam Neumann story is repeated in a non-infuriating and non-obvious way every day in every S&P 500 company. And it’s been going on for a DECADE.

And everyone is perfectly fine with this. No one even notices that this is happening or that it’s different or that it’s a sea change in how we organize wealth in our society. It’s not good or bad or deserved or undeserved. It just IS. This is our Zeitgeist.

One day we will recognize the defining Zeitgeist of the Obama/Trump years as an unparalleled transfer of wealth to the managerial class.

Welcome to the Long Now. 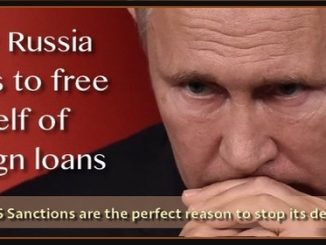 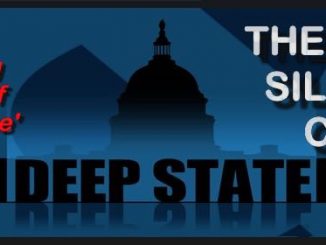 What is The Deep State? – Mike Lofgren

Sugar and Spice and Everything Vice: the Empire’s Sin City of London