ER Editor: Now Matteo Salvini, the de facto leader of Italy, is under attack by globalist-neoliberal forces for being connected to Russia. Even Merkel is perpetrating the nonsense: Merkel accuses Salvini of criminal collusion with Russia.

In the Duran video below, the following points are made:

Salvini is now flirting with the possibility of a snap election as the scandal that has become known as Italy’s version of “Russiagate” continues to make headlines across the main stream media.

Speculation that the government could collapse has intensified with Salvini in non-stop campaign mode, routinely criticizing his coalition ally in the populist, anti-establishment Five Star Movement leader Luigi Di Maio.

Via The Local, Italy…

Salvini is fighting tooth and nail against suggestions that his far-right League party tried to get covert Russian payments during talks in Moscow last year.

But the revelation by news website Buzzfeed of a conversation recorded in a Moscow hotel between one of Salvini’s top lieutenants and three Russians discussing covert payments has put him on the back foot.

The first reports of these meetings surfaced in the Italian press in February. But the scoop by online news website Buzzfeed — based on an audio recording of the talks — pushed it back centre stage and was widely reported in Italy.

The deal under discussion was to covertly divert $65 million (58 million euros) to the League by means of discounted Russian oil transactions through intermediaries.

Buzzfeed identified Gianluca Savoini (pictured) of the League as one of three Italians talking to three Russians. It 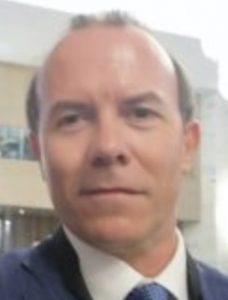 Former journalist Savoini, 56, is married to a Russian and is president of the Lombardy-Russia association. He is considered one of the League’s main contacts with Russia.

When the story broke on Wednesday, Salvini denied it. “Never taken a ruble, a euro, a dollar or a litre of vodka in financing from Russia,” he said in a statement.

But he has never hidden his admiration for Russian President Vladimir Putin, who visited Italy only last week. And during his visit, Putin referred to a cooperation agreement between his United Russia party and Salvini’s League.

Salvini’s says his support for Putin, his fight to overturn European sanctions imposed against Russia for their 2014 annexation of Crimea from Ukraine, comes “free”. His position is a matter of conviction, he insists.

Under the terms of a deal it reached last September, the League is already paying back 49 million euros of fraudulently obtained election expenses claimed between 2008 and 2010, before Salvini took over as leader in 2013.

The agreement the party reached with Genoa prosecutors to pay the money back over a period of decades went down very badly with opposition parties, and Salvini has had to take the heat from that agreement.

This latest affair bears some resemblance to the scandal that brought down Austrian nationalist Heinz-Christian Strache in May.

Leader of the far-right Freedom Party (FPOe), Strache resigned on May 18 after a hidden-camera sting filmed in a luxury villa on the island of Ibiza, in which he appeared to offer public contracts in exchange for campaign help from a fake Russian backer.

But Buzzfeed is convinced that its recording is not of a sting but of talks between genuine players on both sides — even if Savoini is not as senior a figure as Strache was.

“I’ve never met him personally,” said Prime Minister Giuseppe Conte of Savoini. The latter, however, was among the guests to a formal dinner given in Putin’s honour in Rome last week.

He appears in a photo of the event, standing in the background as a smiling Putin and Conte exchange toasts.

“He wasn’t invited by the interior ministry,” said Salvini at a press conference Friday.

With an exasperated air he said: “Guys, let me do my job seriously. Look for the rubles — good luck. And me: I’ll do my job. I think this investigation is ridiculous.”

But the story was still making headlines Saturday. “Salvini couldn’t not know” said one in La Repubblica.

International lawyer Gianluca Meranda wrote to the paper to identify himself as one of the other people recorded at the October meeting in Moscow.

He confirmed negotiations, but said that the talks about an oil deal had not in the end led to anything. He denied any question that this was about getting funding for the party. But he was happy to talk to prosecutors, he added. 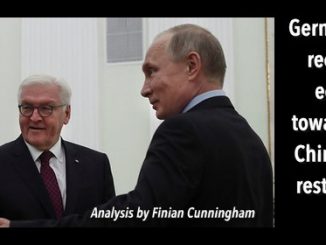 German-Russian rapprochement is timely – and crucial 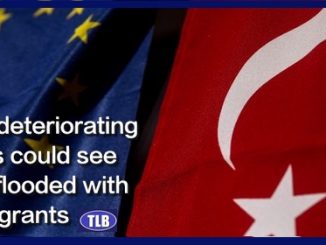