Recently, it has become a given for European media and the political establishment to accuse their opponents of “right-wing populism” whenever anything goes “wrong.” According to a Swedish veteran politician, Europe should stop looking down on popular sentiment and should even take its cue from Switzerland.

In recent years, the word “populism,” which stems from the Latin word “populus” denoting people, has become almost an invective. When Brits voted to go separate ways with the European Union, European mainstream media accused Brexit architects of “right-wing populism.” The same wording popped up in European media when Italian Prime Minister Matteo Renzi infamously resigned from his office after a heavy referendum defeat, when the majority of Italians voted against his constitutional reforms. 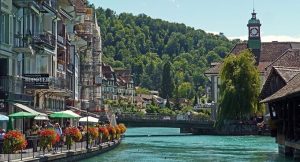 According to Swedish veteran politician Kjell Torbiörn, who previously led the Council of Europe’s Economic Secretariat, Europe in general and Sweden in particular should stop dismissing popular sentiment as populism. According to Torbiörn, Switzerland and its “direct democracy” can serve as a role model for how things may be done.

In February alone, the Swiss went to polls for two referendums. In one on easier naturalization of third-generation immigrants, they voted yes. In the other, on overhauling corporate tax for multinational companies, they said no.

In general, the Swiss do not seem to mind openly contradicting their own government or dominant pan-European ideological trends. In 2009, the Swiss notoriously voted against the construction of Islamic minarets in a bid to preserve their traditional cityscapes. Needless to say, the outcome of the election spurred an outcry in Sweden and other European nations, Torbiörn noted in his opinion piece in Svenska Dagbladet, citing a similarly-minded referendum on limiting immigration in 2014.

“How dare the Swiss go against the trendy multiculturalism? However, the outrage died down when Swiss Muslims accepted the decision without a murmur, out of respect for their host country’s preferences,” Kjell Torbiörn wrote.

Similarly, it took the Swiss decades to reverse their government’s 1945 decision on not joining the United Nations to preserve neutrality, yet they managed to do it. Likewise, the Swiss government stated EU membership as a goal in early 1980s. However, the EU was decisively rejected by 77 percent of the Swiss population in 2001. Back in 1992, the Conservative Swiss even rejected the modest European Economic Area free trade agreement in favor of a series of bilateral trade agreements between Switzerland and the EU that allegedly better suited the nation’s non-aligned stance.

“Indeed, a snail may get around slower than the hare. But it has more time to reflect at the crossroads,” Torbiörn commented.

Even if many Swiss politicians, except for the conservative Swiss People’s Party with the support of 29 percent of the voters, habitually complain of their countrymen’s alleged inertia, the Swiss “direct democracy” works surprisingly well. The Swiss are given the opportunity on voting on all important matters provided that 50,000 signatures are gathered within 100 days.

“What the rest of Europe, and perhaps especially Sweden, has to consider is whether the time is ripe to see the people as a source of wisdom, pragmatism and control of self-glorious elites. Switzerland may then serve as a model and example,” Kjell Torbiörn concluded. 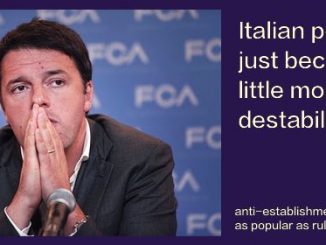 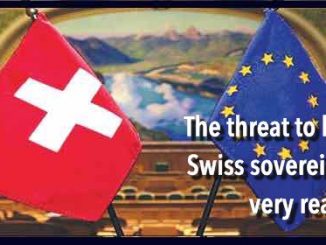