The international financier George Soros has been condemned by the Israeli regime because he opposes that apartheid state — he regards its two-tier system that privileges Jews and disadvantages non-Jews who are Muslims, “Palestinians,” as being the barbarism that it so obviously is (except to the governments of the United States and its allies, who support — and the US even outright donates $3.8 billion per year to — the apartheid Jewish regime there). Earlier, in 1979, Soros had similarly opposed the anti-Black apartheid regime of South Africa. So, his opposition to apartheid is clear, and it is consistent.

However, in regards to bigotry against Russians, Soros intensely champions and funds that particular form of racism, and he has even carried out a major campaign to get EU taxpayers to pick up $50 billion of the cost of imposing that racism specifically on Russians and against supporters of Russians living in Ukraine, and against Russians and pro-Russians who still survive in the parts of Ukraine that in 2014 broke away from Ukraine after US President Barack Obama’s bloody anti-Russian coup just months before, had overthrown the democratically elected President of Ukraine, who was seeking to have good relations with both the United States and Russia. (The Obama regime perpetrated a coup which replaced that Ukrainian President and his allies in the legislature, replaced them with a racist-fascist or ideologically nazi Ukrainian regime that quickly began an ethnic-cleansing operation to kill or drive out the residents in the part of Ukraine that had voted more than 90% for the overthrown President and that refused to be ruled by the Obama-imposed anti-Russian nazis.)

In order to understand these self-contradictions (the anti-apartheid Soros versus the rabidly bigoted-against-Russians Soros), one needs to understand their origins in Soros’s past, going all the way back to his childhood in an anti-Semitic secular-Jewish home (see page 22) with upper-class parents who had hoped that their having had Jewish ancestors wouldn’t be an insuperable barrier to their achieving personal financial success and personal fulfillment — they had hoped that they would be treated by their fellow-Hungarians as non-Jews because they didn’t believe in Judaism (the literal truthfulness of the Torah, the Pentateuch, the first five books of the Christian Bible).

Hungary was strongly anti-Semitic, and it was conquered first by Nazi Germany’s intensely anti-Semitic Adolf Hitler, and then by the Georgian former theological student, Joseph Stalin’s, leadership of the communist Soviet Union, whose regime Soros fled from after his having thrived under the Nazis by having helped them find, and strip the assets from, other Hungarians whom Hitler’s regime labelled “Jews.” Soros’s father had been imprisoned by the Soviet Union during and after World War I, and hated Russians. Then Soros himself, having lived well under the Nazis, moved in 1947 to England to study at the London School of Economics, from which he received an MS in Philosophy in 1952, and then became hired in 1954, entry-level, by the Jewish merchant-banking firm of Kaupthing Singer & Friedlander, which was the only financial company that would hire him. In 1956, he moved to NYC, working then for a succession of investment firms, until setting up in 1969 his Soros Fund Management, which brought in other extremely wealthy people and grew exponentially.

Soros attributes his financial success to the ideas from his former philosophy Professor, Karl Popper, who actually had nothing to do with Soros’s success, but inside information had lots to do with his success, as normally is the case in the financial field.

Then, in 1979, “When I had more money than I needed”, he established his Open Society Foundation, which seemed to be at least vaguely adhering to his former philosophy professor’s philosophy, which was anti-dictatorial and pro-democratic, but increasingly after the 1991 end of communism in Russia, Soros’s Foundation has been functioning more and more clearly as a funder of Soros’s childhood hatred (even to the extent of ethnic cleansing or even genocide) of Russians, certainly not as any funder of democracy.

Therefore, Soros, who previously was understood in a naive fashion, as being simply anti-communist, is now much more clearly understandable as being anti-Russian.

Just as his father had hoped to be viewed without bigotry because he didn’t believe in Judaism, Russians had likewise hoped to be viewed without bigotry because they no longer believed in communism. However, George Herbert Walker Bush, and the US aristocracy which he represents, and of which Soros is actually a part, refuse to accept Russians as being just another group of human beings with equal rights to all others, and insist upon crushing them, and crushing all who support their right to equal treatment along with the rest of humanity — including their national sovereignty (the rights of the residents in a land controlling that land), in peace.

If this sounds like it can’t be true, because it sounds like a portrayal of a psychopath, and because Soros has been so favorably described in the liberal press, then consider how else the portrayal of Soros has been slanted by ideological blinders: On 17 October 2017, a news-report in the liberal New York Times headlined “George Soros Transfers Billions to Open Society Foundations”, and indicated that:

In recent years Mr. Soros has moved about $18 billion of his own money into Open Society, making it the second largest foundation in the United States by assets, according to the National Philanthropic Trust. The only larger charity is the Bill and Melinda Gates Foundation, which has an endowment worth some $40 billion and focuses on global health and development issues.

The benefits of such ‘charities’ were described, but the subtraction of those billions of dollars from the tax rolls and the consequent increase in the tax burden that non-billionaires must pay went unmentioned, as did the increase in the billionaires’ control of public issues by privatizing these powers to such ‘charities’ and by their thereby diminishing democracy (i.e., diminishing control by the public — by the general electorate — moving these issues increasingly to control by the wills of billionaires). Beyond a certain point, the only usefulness to the owner that an added billion dollars has is to increase his/her power — not to consume that added billion, in any case — and these ‘charities’ are thus intrinsically scams, against all non-billionaires.

An excellent description of the hypocrisy of the liberal Soros’s (and other such) ’charities’ was provided in an entirely accurate opinion piece in the conservative Wall Street Journal, on 23 November 2017, titled “George Soros’s $18 Billion Tax Shelter”. The facts presented there would disabuse any political progressive of the deceit that Soros is, at all, one of them. There are few, if any, progressive billionaires — and none of them will be ‘donating’ anything to any ‘charity’, except to the Government, in a democracy, via taxes. The aristocracy is intrinsically this way — vastly more taking from the public than giving to the public — but aristocrats are ideologically treated as ‘heros’ by whichever commentators happen to admire a particular aristocrat’s ‘ideology’, which in reality is none at all except endless greed (differing from one another only in their respective business plans because that’s all they actually are).

So: Soros’s hypocrisy regarding racism is part of a broader picture that includes not only the rest of himself, but also includes all extremely wealthy individuals and their intrinsically destructive relationships toward the society at large, and especially toward democracy itself because endless greed for power is what drives all of them, even the “loafers” amongst them (such as typically are second-and-more generation wealth, the IIs, IIIs, IVs, etc. aristocrats, who don’t have to work for anything). 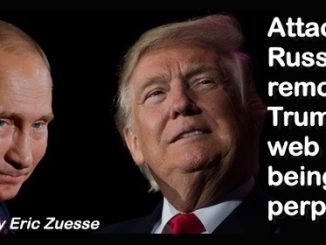 US Government and Press Lie Constantly, with Total Impunity 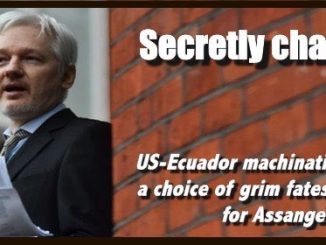