After closing its Budapest office last month, Open Society, the purportedly philanthropic organization created to push a liberal, globalist political agenda espoused by billionaire investor George Soros, said Tuesday that it has officially pulled out of Hungary after accusing Prime Minister Viktor Orban of “repressing civil society,” according to the WSJ.

“Faced with an increasingly repressive political and legal environment in Hungary, the Open Society Foundations are moving their Budapest-based international operations and staff to the German capital, Berlin,” the group confirmed on Tuesday.

Patrick Gaspard, the president of the Open Society Foundations, lashed out at Hungary’s government, accusing it of “denigrating and misrepresenting our work,” while repressing civil society “for the sake of political gain.”

Soros attributed his decision to leave Hungary, the country where he was born, to the ruling Fidesz party’s push to pass a bill known as the “Stop Soros” plan. The bill would place new restrictions on non-governmental organizations found to be meddling in the country’s political affairs. The billionaire investor has criticized the law as anti-Semitic.

Open Society previously said it will move its Hungary operations to Berlin.

Should the bill become law, it would require all NGOs which “support illegal immigration” to be registered with the government, while any NGO that receives funding from abroad would need to pay a 25% tax. It would also force foreign citizens and Hungarian nationals who support illegal immigration to be subject to a restraining order which would require them to stay away from the country’s border. “If Soros is found to have engaged in such activity, meaning he organizes illegal immigration, then the rules will apply to him,” government spokesman Zoltan Kovacs said in February.

When OS first announced their withdrawal from Budapest last month, Prime Minister Orban responded with derision: “You might understand if I don’t cry my eyes out.”

Orban has repeatedly criticized Open Society for pushing a pro-immigrant agenda that he believes is harmful to the country. Following Orban’s landslide victory in elections earlier this year, Orban proclaimed that Soros wouldn’t stop supporting opposition lawmakers until Fidesz had been defeated.

“I know they won’t accept the result of the election, they will organize all sorts of things, they have unlimited financial resources.”

Hungary has been stepping up pressure on NGOs – not just Open Society, but also other organizations – since 2014, when a row with the Norwegian government led to Hungarian police raiding the offices of several aid groups, the Wall Street Journal reported.

Soros came to prominence and made his mark in the world in finance in the early 1990s when he broke the Bank of England by shorting the pound, leading to the collapse of the currency after the British government was forced to pull it from the Exchange Rate Mechanism.

Open Society was launched in 1979, with the first non-US-based office opening in Hungary in 1984. The group currently spends more than $940 million a year to support 26 regional and national offices. Late last year, Soros announced that he was dedicating the bulk of his eleven-figure fortune to Open Society. 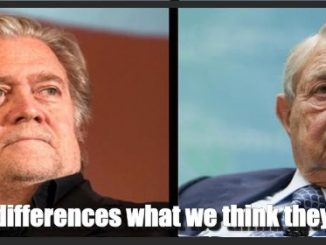