ER Editor: Orban’s annual summer address in Roumania got a bad reaction in the MSM for allegedly racist comments he made. An example comes from German state media outlet Deutsche Welle, Orban’s ‘pure Nazi’ speech triggers political earthquake. It seems his offensive remarks concern being resistant to what the French call ‘metissage’ or interbreeding. Readers may recognize this concept from the historical work of Count Richard Coudenhove-Kalergi, a practice that Kalergi endorsed, where indigenous Europeans were supposed to interbreed. For an elaboration of this, as well as Nicolas Sarkozy advocating metissage himself in a 2012 speech, see

Can it really be? The patron saint of the EU was a downright racist

Orban knows what he’s saying. But, of course, he said much more than this. Here is informative address, and it is well worth our time:

Readers may be interested in this report on some of the fallout of his speech – CRITICS SLAM ORBAN SPEECH BEMOANING EUROPE’S ‘MIXING OF RACES’. Of note:

Yet while his speech was never likely to go down well in Brussels and the rest of the EU, Orban may have had one eye on a more receptive audience in the US. There, he is set to be one of the main speakers at August’s Conservative Political Action Conference (CPAC) in Dallas, Texas, where American conservatives and far-right figures will gather to discuss policies and ideas.

Sanctions Had No Effect on Moscow Yet Europe Lost Four Governments: Orban

The Western strategy to weaken Russia backfires on Europe 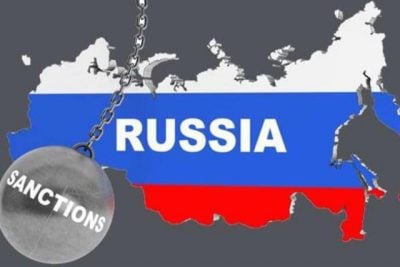 Russia sanctions have not shaken Moscow’s resolve, despite the fact that Europe has already lost four governments due to economic and political crises, according to Hungarian Prime Minister Viktor Orban on Saturday.

“The West’s strategy is like a car with flat tires on all four wheels… The sanctions did not destabilize Moscow. Europe is in trouble, economically and politically, and four governments have become victims: UK, Bulgarian, Italian, and Estonian… People will face a sharp increase in prices. And the better part of the world deliberately did not support us as well — China, India, Brazil, South Africa, the Arab world, Africa — everybody is aloof from this conflict, they are interested in their own affairs,” Orban said while delivering a speech in the Romanian city of Baile Tusnad.

Orban went on to say that the Ukrainian conflict will “put an end to Western hegemony, which could unite the world against someone,” and that a “multipolar global order” will “knock on the door.”

On a trip to Moscow today, Hungarian Foreign Minister Peter Szijjarto told reporters that the EU should be truthful about the realities of the gas supply from Russia rather than treating it as an ideological matter.

“It has been proven that the purchase of natural gas is not an ideological issue, but a physical issue that can’t be solved by talking,” Szijjarto said.

The EU has been urging member states to decrease dependence on Russian gas as a response to Moscow’s military operation in Ukraine.

Fears over the European energy crisis are putting pressure on the euro. Strike-related production suspensions at many fields by Norway’s Equinor increased gas prices. Nord Stream will be suspended for scheduled maintenance from July 11 to July 21. In light of this, European gas futures are rising by 6% to almost $1,800 per thousand cubic meters.

In terms of stock trading, the Moscow Stock Exchange denominated in rubles (MICEX) index declined by 0.02% to 2444.67 points, while the stock exchange index denominated in dollars (RTS) rose 0.87% to 1091 points.

The Russian foreign ministry revealed in April that it expects commodity flows with China to grow and trade with Beijing to reach $200 billion by 2024, according to the Interfax news agency, given that the West-led sanctions on Russia have driven Moscow to shift its economic ties and cooperation toward the East.

The ministry contended that Chinese companies must be cautious of the risks of subjection to secondary sanctions – however, Beijing is ready to expand cooperation with Moscow nonetheless.

Moreover, last month, Russian President Vladimir Putin stressed that Moscow and Tehran’s relations are strategic and deep in nature, pointing to the growth of trade between the Russia and Iran last year and in the first months of 2022.

On his part, Iranian President Ebrahim Raisi pointed out that the Russian-Iranian trade relations are developing, stressing that nothing will stand in their way.

Raisi said the agreements that the two countries have reached are under implementation, highlighting that the cooperation between Russia and Iran in the Caspian Sea  region is an important aspect of bilateral cooperation.

The Coudenhove-Kalergi Plan – The Genocide of the Peoples of Europe 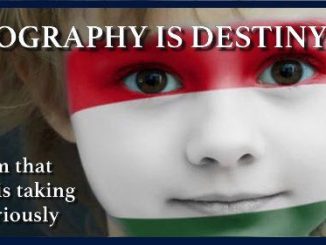 Europe Uncensored: An Online Warning Shot to the EU