“Was there ever a prophet your ancestors did not persecute? They even killed those who predicted the coming of the Righteous One. And now you have betrayed and murdered him?”

The terrorist attack today on a church in Saint-Étienne-du-Rouvray where a Catholic priest was murdered and several hostages taken and killed, is part of the ‘Islamic State’s (Da’esh) attempt to spread their war on ‘Western civilisation’ from the metropolis to the provincial town. This now generalises the heightened fear experienced by the French public in the wake of the Nice attack.

Reports indicate that the attackers have been ‘neutralised’. Former French president Nicolas Sarkozy has taken the opportunity to show his political prowess. “Legal quibbles and precautions and pretexts for incomplete actions are now not admissible”, he said. French President Francois Hollande said, “Da’esh has declared war on us”. The rule of law will soon be suspended and people will be imprisoned or worse without trial, this is what the statements of Sarkozy and Hollande mean. Once again, we see that the terrorists have been shot dead before they could be interrogated. It seems taser-guns and highly sophisticated non-lethal weapons are of no use when it comes to Da’esh. Adel Kermiche, one of the terrorists shot dead, was known to police and he had reportedly attempted to join Da’esh in Syria twice. He had been released from prison in March 2016 and wore an electronic surveillance bracelet. Father Jacques Hamel, was known among the local community for his efforts at inter-religious dialogue. 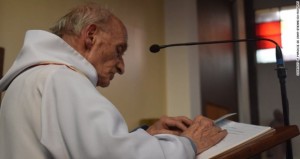 Da’esh is an army of mercenaries which was formed in US prison Camp Bucca in 2006 under the supervision of the US military. The group has been used as a proxy force against the reconstituted Iraqi state allied to Iran and the Syrian Arab Republic, also a close ally of Iran and Russia. Troops for the Islamic State are recruited in Europe with the approval of Brussels, according to Israeli intelligence sources. The public are being told that the Islamic State is the enemy of the West. The facts show, however, that the Islamic State is a fake enemy created to destroy countries resisting subservience to global financial, corporate and military agencies of imperial power or, in short, the North Atlantic Treaty Organisation (NATO).

As terrorist attacks now become a daily occurrence in Europe with the Nice and Munich atrocities followed by minor assaults such as the machete attack in Germany a few days ago, the descent into civilisational suicide is accelerating. The attack on a Catholic church may be significant. The attack occurred in the church of Saint Stephen. One of the proto-martyrs of the church, Saint Stephen, is famous for his damning critique of the Jews in the Acts of the Apostles. The Jewish Sanhedrin court sentenced him to death by lapidation (stoning). St. Stephen is considered ‘anti-Semitic’ by some scholars. The Sanhedrin Courts were re-established in Israel. In 2015, the Sandedrin Court in Jerusalem declared it would put Pope Francis on trial for the Vatican’s decision to recognise a Palestinian state. He has also been criticised by the self-declared Jewish court of being too friendly with the Mufti of Jerusalem, Sheikh Muhammed Hussein.

Although the Catholic church is currently more subordinate to Judaism than at any point in its history, the Vatican’s decision to recognise a Palestinian state is a thorn in the side of hard-line Zionists. We have shown before that the Islamic State is a proxy army of Israel, which is being used to pave the way for a Greater Middle East or, in other words, a Greater Israel. Tel Aviv has not disguised its support for the Islamic State in Syria. Former Israeli ambassador to the U.S. Michael Oren has said that he would prefer Da’esh in Syria, to Assad.

The same terrorists who attacked today have been beheading and torturing priests and nuns in Syria for years, yet the Vatican has been obmutescent. The Vatican is a key actor in the Western/Zionist empire but it has not yet been completely taken over. Christendom, or what is left of it, is another target of the Zionist New World Order. The creation of a right-wing Christian Zionist movement in France would drive religious and ethnic divisions further, thus sabotaging efforts to awaken working-class consciousness and solidarity – the only hope we have of winning the war on terror, which is, and always has been, both a class war and a spiritual war.

The Dangerous Alliance of Rothschilds and the Vatican of Francis [VIDEO] 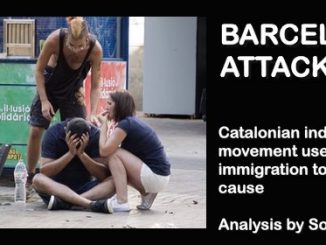 Spain: The Barcelona Attack Was Preventable 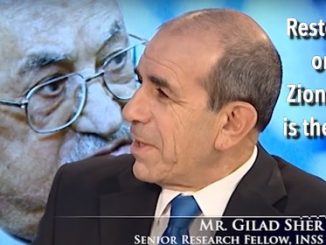