ER Editor: The report below, which shows from a UK ComRes survey that around 90% of the British public believe MPs are out of touch with them, reminds us of a French article out this week at the site Causeur, titled «Deux tiers des Français jugent que les parlementaires sont malhonnêtes» (Two-thirds of French people think that their MPs are dishonest) based on polling information from Ifop, a French polling and market research firm. Specifically, two-thirds think that MPs are detached from their concerns, dishonest and overpaid.

We couldn’t agree more, and neither could the Gilets Jaunes.

A tipping point has been reached. UK citizens are so sick of Brexit delays they just want Prime Minister Boris Johnson to get it over with.

The Telegraph reports Boris Johnson has Public’s Support to Shut Down Parliament to Get Brexit Over the Line.

The ComRes survey for The Telegraph found that 54 per cent of British adults think Parliament should be prorogued to prevent MPs stopping a no-deal Brexit.

The poll suggested the Prime Minister is more in tune with the public’s views on Brexit than MPs, following his promise to deliver Brexit by October 31 “do or die”. 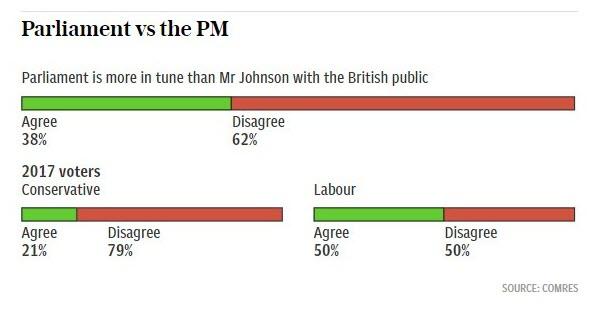 The new poll revealed that, should MPs act to attempt to block Brexit, they may not have the support of voters. Asked whether they thought Parliament was more in tune with the public than Mr Johnson, 62 per cent disagreed.

Nine in 10 of those asked said Parliament was out of touch with the public (88 per cent), while 89 per cent believed most MPs were ignoring the wishes of voters to pursue their own agenda on Brexit. The public also overwhelmingly rejected the idea of the Queen being dragged into Brexit after John McDonnell, the shadow chancellor, threatened to send Jeremy Corbyn, the Labour leader, to Buckingham Palace “in a cab” to tell the 93-year-old monarch the Opposition was “taking over” if Mr Johnson were to lose a vote of no confidence but refused to resign.

Asked if the Queen should remain above politics and refuse to get involved in Brexit, 77 per cent said yes and 23 per cent said no.

Lesson of the Day

I take these polls with a grain of salt. Yet, the results are hardly shocking.

People are sick of Brexit dominating every facet of their lives for three years.

They want this mess over.

There is no support for a people’s referendum.

Nor is there any agreement on how to word a People’s Vote, nor any reason to believe the EU would wait months to organize such a vote.

MPs take note. Tories who vote against the government or the will of their constituencies will be voted out of office. Many Labour voters want Brexit as well. 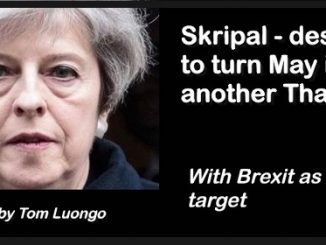 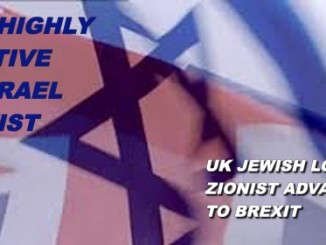 Haaretz Confirms: Britain Has Been Operating As An Israeli Puppet Within The EU