ER Editor: We also recommend this blog piece at Return to Now by Sarah Burrows from June, 2016 for a look at how US corporations are profiting from dirt-cheap prison labor, thus taking work away from non-incarcerated locals. See How Prison Labor is the New American Slavery and Most of Us Unknowingly Support it.

Roberts’ point about privatization as a neoliberal assault on our tax monies and our (far cheaper) public services and corporations goes far beyond the prison system, however.

America is a country of scandals. The latest scandal is the Jewish multi-billionaire Mike Bloomberg’s use of prison labor call centers to spread the message of his presidential campaign. https://theintercept.com/2019/12/24/mike-bloomberg-2020-prison-labor/ 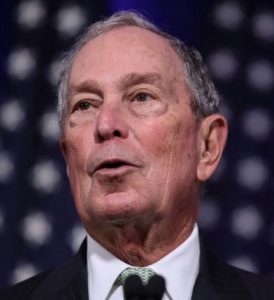 It seems to me that Bloomberg’s attack on the American Constitution is the scandal, not his use of prison labor. Bloomberg wants to repeal the Second Amendment and disarm the American people right at the time that the country is falling apart spiritualy, morally, economically, and politically.

In the not distant past, I reported on the widespread use by major US corporations and the Department of Defense of prison labor. Apple is one such company, and boots and clothing for the military are made by prison labor. Clearly, authorities have legitimized private prisons and the contracting out of cheap prison labor to private profit-making entities.

Bloomberg is worth $54 billion according to The Intercept, and Apple is worth much more according to the stock market. If Apple can use prison labor, why can’t Bloomberg?

The contractors who lease prison labor to Bloomberg, to Apple, to the Department of Defense, are the ones who make the money. They are paid the state minimum wage for the prison labor, and the prisioners are paid a few dollars a month.

In previous times, and perhaps still today in some locals, prison labor worked on public roads and were not paid. So, the argument goes, there is nothing new about using prisoners for work. This rationale overlooks that previously, prisoners worked for the public that paid for their incarceration. Today they work for private firms to make profits for private firms. 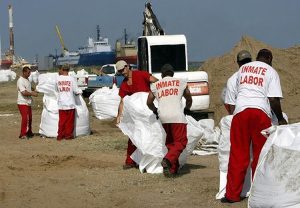 What we are experiencing is the return of feudalism.

This absolute exploitation of labor has a legal appearance. But it is no different from feudal lords enserfing free men and appropriating their labor.

About 96% of the incarcerated did not get a trial. They were forced to self-incriminate by agreeing to a “plea bargain” in order to avoid harsher punishment. The remaining 4%, if they got a trial, did not get a fair trial, because a fair trial interferes with maximum conviction rates, and the careers of police, prosecutors, and judges come before justice.

Today a prison sentence is best understood as enserfment, one more total than in the feudal era. At the beginning of the feudal period there was some reciprocity. Freemen tilling their soil had no protection against maurading raiders—Vikings, Saracens, Magyars—and entered the service of a lord who could provide the protection of a fortress and armored knights. Reciprocity ended with the raids, leaving former freemen enserfed and owing one-third of their labor to the lord. Today’s enserfed owe all of their labor to the private prison.

Privatization is a siren song of free market libertarians. It needs a closer look than libertarians have given it as, in most cases, privatizations benefit private interests at the expense of taxpayers. In the case of privatized prisons, taxpayers provide profits to private companies to operate the prisons. The companies make additional money by leasing the prisoners’ labor. Large companies benefit from the low cost of the labor. Perhaps this is a reason the US has not only the highest percentage of its population in prisons but also the highest absolute number of prisoners. America has more people in prisons than China, a country whose population is four times greater.

Privatization of the public sector is well underway. Consider the US military. Many functions formerly performed by the military itself are now contracted out to private companies. Army cooks and KP are gone. The supply function is also contracted out. I have read that even guards on military bases are provided by private companies. All of these examples are the use of public money to create private profits by outsourcing government functions.

The privatization of military services is one reason that the cost of the US military is so high.

In Florida about three years ago, the Division of Motor Vehicles stopped sending out the license tag renewals. Instead, the state government contracted it out to a private company. I remember it well as my renewal came on a Friday and my tag expired on Monday. I inquired of DMV why the renewal came so tardy. The answer was that the politicians have outsourced the renewals to their big donor friends.

Also in Florida, it used to be the case that if you got a traffic ticket, you could go to court to dispute it or send in a check. Today you can still go to court—or to a private traffic school—but you cannot send in a check. You have to get a certified check from a bank or a money order. To avoid the time and trouble, you can pay by credit card, but that service has been privatized and there is a sizeable fee for the convenience of using a credit card. In other words, the politicians created another private company into which to funnel state funds that are then funneled to the state after the private company collects a credit card fee.

Privatization of public corporations, spurred perhaps by the reporting burdens that Sarbanes-Oxley imposes on public companies, together with mergers, has reduced the number of private companies by more than half between 1997 and 2017. There are still enough companies for a diversified retirement stock portfolio. Nevertheless, the choices are narrowing. If this process continues, people seeking investments will bid P/E ratios higher rather than have an empty retirement portfolio.

Privatization, in addition to creating income streams for private interests, also creates private wealth by transferring public assets into private hands at prices substantially below their value. This was certainly the case in the British and French privatizations of state companies and the British postal service. The privatizations forced on Greece by the EU created wealth for northern Europeans at the expense of the Greek population.

In a word, privatization is a method of looting. As opportunities for honest profit-making decline, looting comes into its own. Expect more of it. 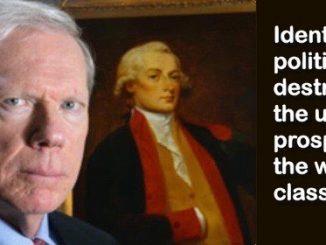 Can the Real Left Be Resurrected? 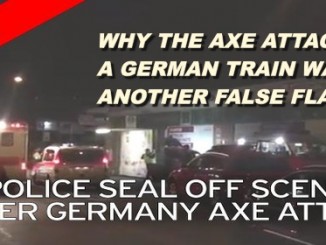 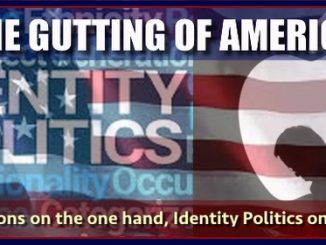 America Is No Longer A Viable Nation