ER Editor: In relation to Africa more generally, we remind readers of a Kit Knightly piece for Off-Guardian we published a few days ago titled

“The Omicron Variant” – Magic Pills, or Solving the Africa Problem?

It wouldn’t surprise us at all if these rumours described below were true. South African contacts say that most in the black and coloured communities wouldn’t touch these (or any) vaccines at all, and that only the white population tends to ‘do as its told’ in this respect.

Rumours of a severe punishment for halting jab deliveries are rife. The economic consequences for peak-season summer tourism will be totally devastating, as the global vaccination cartel pushes ahead with forced shots in South Africa.

PRETORIA – A week ago, the country dared to stop further vaccine deliveries from Johnson&Johnson because of piles of unused stocks and a population increasingly disinterested in vaccination. This decision was immediately followed by worldwide panic reports about the alleged “horror variant” from South Africa.

Around November 23, the South African health authority temporarily stopped the vaccine deliveries from Johnson&Johnson until the first quarter of 2022. They still have 16.8 million doses in stock, which is enough for 158 days as per the currently administered quantities.

According to the CEO of Aspen Pharmacare, Stavros Nicolaou, Johnson&Johnson packs 25 million vaccine doses per month in South Africa and the surplus is now going to other African countries. The African Union has a contract with J&J for its members for the delivery of 220 million vials, and the participating countries are issuing quota reminders to signatories.

It works in a similar way in the EU where there is also a de facto purchase obligation.

South Africa’s Minister of Health, Joe Phaala, criticized the flight blockade imposed in one fell swoop by the EU, the USA, Canada and some countries in Asia as “excessive push-pull actions”. Above all, he mentioned Great Britain: London curiously put South Africa on the red flight list without prior notice.

Phaala made it clear at a press briefing: It was standard to report virus mutations immediately to the WHO and health authorities worldwide. B.1.1.529 was discovered on November 9. Health experts reported it but at no point did they make any specific claims – for example, that the mutant “will bypass the usual vaccinations or be super-contagious”.

This is what the Covid variant hysterics are claiming, however.

In South Africa only 24 percent of people are vaccinated, and a large majority have recovered from Covid-19.

Maybe the flight bans are going in the wrong direction? pic.twitter.com/D51vsmwnhL

Bankruptcies in Europe Are Exploding 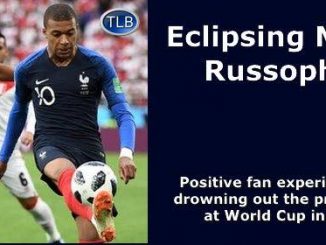