While French and Catholics mourn the tragedy that struck the cathedral of Paris on Monday, Internet users, especially Muslims, preferred instead to celebrate the fire with insults and shameful ridicule.

The hate messages were largely ignored by the media.

In the wake of the tragic fire at Notre-Dame Cathedral in Paris, the French and Christians around the world are in shock. Everyone mourns the destruction of a religious monument, a historical symbol, an inestimable heritage treasure.

But on social networks, hundreds of Internet users, especially Muslims, preferred instead to mock or congratulate the fire with hate messages, almost all passed over by the media.

For its part, the blog FdeSouche captured a series of hate messages, often deleted by their authors.

Faced with the controversy, The Minister of Higher Education, Research and Innovation Frédérique Vidal recalled on Twitter that “Notre-Dame is part of our history and our common destiny”. Vidal also denounced “vain controversies and outrageous remarks”. 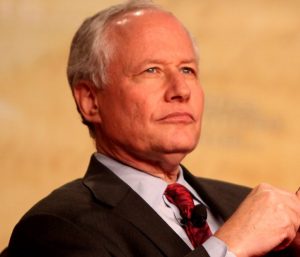 But one remark that was not deleted was the the one by American Neocon pope Bill Kristol. Kristol dropped a figurative bomb in the wake of the Notre Dame Cathedral blaze when alluding to the building being a reminder of anti-Semitism.

He claimed that the Notre Dame’s religious principles were symbols of “the vanquished synagoga”.

“I still can’t stop thinking about this. I’ve been a Bill Kristol fan for many years. Reducing Catholicism (even Medieval Catholicism) to anti-Semitism and scare-quoting ‘philosophy’ in reference to it is ridiculous and ignorant at all times, but on a night like this?”

A far-left publication, The Jewish Worker, also suggested on Monday that it was “white supremacy” to care about the destruction of the “anti-Semitic” Notre Dame Cathedral, agreeing with Kristol.

The National Union of French Students (UNEF) openly joked about the drama that has hit the Parisian cathedral.

The national unity of France, on Tuesday, April 16, seems to have escaped some executives of UNEF. Among them, some have quipped about the fire that occurred at Notre-Dame de Paris, denigrating “French identity” of “little whites”.

Vice-President of the student union at the University of Lille, Askar tweeted: “I do not care about Notre-Dame de Paris because I do not care about the history of France.” Askar presented herself as a “member of the national office of UNEF”, a syndicate on the left. “People will cry for bits of wood. I swear to Allah you like French identity too much while we don’t give a rat’s ass objectively it’s the madness of little white people.”

The hate messages were identified by Romain Espino, spokesperson for Generation Identity. He presented screen shots in support.

Infowars reported Paul Joseph Watson revealed just hours before the Notre Dame Cathedral blaze that the number of anti-religious attacks in France continues to rise, “while attacks against Muslims are at their lowest for 9 years”.

On the official programme of her trip to Reunion, the head of President Macron’s party LREM European election list had meanwhile refused to attend a mass on Sunday, April 14 in the morning. Faced with an outcry, her entourage called her earlier decision to attend “a human error”.

The official programme of her trip to Reunion indicated that she would attend a religious service, but Nathalie Loiseau refused, reported Le Figaro. But the entourage of the former minister quickly deleted the planned trip to the Church of the Holy Spirit.

Worldwide even leaders such as South Korean President Moon Jae-in conveyed a message of deep consolation over a fire that engulfed Paris’ iconic Cathedral. Seoul’s foreign ministry on Tuesday noted that the “cause of the blaze remains unclear” according to reports. 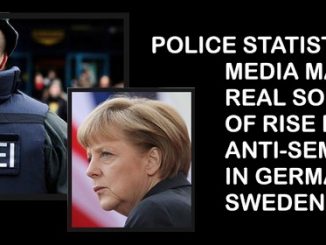 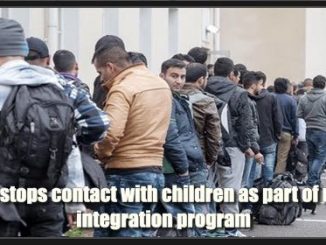