Water fluoridation is a population health intervention used in Canada and the United States to control tooth decay. The safety of administering fluoride via public drinking water is uncertain. Recent human studies suggest that exposure to fluoride in drinking water may alter thyroid function, increase blood lead levels, lower IQ, and increase the risk of developing ADHD. Still, many of the human studies included groups who were exposed to higher levels of fluoride and they often lacked a comparison group or sensitive measures of behavior or learning. Given widespread exposure to fluoridated water, the US National Research Council concluded in a 2007 report that rigorous epidemiological research is urgently needed to address the controversy about the safety of this public health intervention.

A study published on Monday in an influential medical journal has found a link between fluoride consumption during pregnancy and lower childhood IQs.

“When we started in this field, we were told that fluoride is safe and effective in pregnancy,” said study co-author Christine Till of York University in Toronto. “But when we looked for the evidence to suggest that it’s safe, we didn’t find any studies done on pregnant women.”

The study – conducted with 512 pregnant women recruited from six Canadian cities – used several methods to measure exposure to fluoride; analyzing the amount of fluoride in their urine; looking at how much tap water and tea they drank; and comparing the fluoride concentration in the community drinking water, according to the Daily Beast.

In a follow-up, when the children were 3 or 4, the research team performed IQ tests to detect a correlation. In mothers whose urine contained a 1 mg per liter increase in fluoride concentration, their children’s IQ was 4.5 points lower among boys. Boys of mothers with the most fluoride in their urine had an IQ around 3 points lower than mothers with the least amount.

“We saw an association between prenatal fluoride exposure and lower IQ scores in children,” Rivky Green, co-author of the study published in JAMA Pediatrics.

Although critics of the study pointed to the different results by gender as a red flag, when the researchers measured fluoride exposure by examining the women’s fluid intake, they found lower IQs in boys and girls. A 1 mg increase per day was associated with a 3.7-point  IQ deficit among both. –Daily Beast

“What we recommend is lowering fluoride ingestion during pregnancy,” said Green.

The study’s findings blew JAMA’s editors away – whose were trained that fluoride is completely safe, and those who oppose it are dingbats. Around three quarters of the United States drinks fluoridated tap water – heralded as one of the 10 greatest public-health achievements in the 20th Century by the US Centers for Disease Control as it reduces tooth decay dramatically.

“When I first saw this title, my initial inclination was, ‘What the hell?” said JAMA Pediatrics editor in chief Dimitri Christakis, who wrote his first ever editor’s note in advance of the controversial article.

“There was concern on the journal’s editorial team about how this would play out in the public eye and what the public-health implications would be,” he added.

In fact, fluoride has been a boogeyman in conspiracy circles for decades. When water fluoridation became widespread in the U.S. in the ’50s, some claimed it was a Soviet plot to physically and mentally weaken Americans. The far-right John Birch Society, among others, accused the U.S. government of using fluoride to usher in socialism—a conspiracy theory famously satirized in Stanley Kubrick’s 1964 film Doctor Strangelove. –Daily Beast

While the CDC would not discuss the study with the Beast, the very dismissive American Academy of Pediatrics said it’s looking forward to further studies “to see if they demonstrate the same results or provide more conclusive evidence.” The American College of Obstetricians and Gynecologists, meanwhile, isn’t going to change their recommendation that pregnant women use fluoridated water.

ADA spokeswoman Brittany Seymour also pushed back, stating in response to the study “I still stand by the weight of the best available evidence, from 70 years of study, that community water fluoridation is safe and effective.”

Except that there are compelling studies on both sides of the argument, many of which have linked fluoride to lower IQ.

Fluoride occurs naturally in low concentrations around the world. While the CDC says artificially fluoridated water is safe, it is considered by some to be a cumulative poison. In 1997, British scientist Jennifer Luke discovered that just 50% of the daily ingested fluoride is excreted through the kidneys – with the rest accumulating in the bones, the pineal gland and other tissues. By old age, the pineal gland contains about the same amount of fluoride as teeth according to Luke’s findings.

In 2005, researchers found in a study of 210 children in China, fluoride doses over 2.0 mg/L in drinking water can cause renal damage in children. Of note, the US EPA requires that fluoride levels remain lower than 4.0 mg/L.

Fluoride has also been shown to damage DNA in both animals and humans. According to the Agency for Toxic Substances and Disease Registry (1993), certain subsets of the population may be particularly vulnerable to fluoride’s toxic effects.

These include the elderly, the diabetics, and people with poor kidney function. Also vulnerable are those who suffer from malnutrition, for example, calcium, magnesium, vitamin C, vitamin D, iodine deficiencies, and protein-poor diets. Those most likely to suffer from poor nutrition are the poor, who are precisely the people being targeted by new fluoridation programs. While being at a heightened risk, poor families are less able to afford avoidance measures, for example, bottled water or fluoride removal equipment. –nih.gov

In 2006, a National Research Council report stated that fluorides can interfere with brain and body functions, which was confirmed by a study in which groups of children exposed to 8 ppm of fluoride in the water – much higher than normal – were found to have lower average IQs.

But their teeth look great! 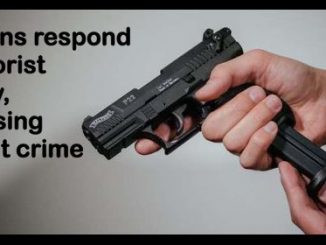