Close contacts, who are SARS-CoV-2-exposed, are often both NAT [PCR] negative and antibody negative, indicating that SARS-CoV-2 failed to establish a successful infection within these individuals, presumably due to their exposure to limited numbers of viral particles or a short time of exposure. However, our analysis of the samples from 69 of these close contacts showed the presence of SARS-CoV-2 specific memory T-cell immunity.

For those infected, the study found the level of T-cell immunity was similar regardless of whether the infection was severe, moderate or asymptomatic. It also found T-cell levels stabilised and did not diminish over the course of three months, implying lasting protection.

For close contacts who were not infected, there were some differences in the quality of their T-cell immunity compared to those infected. The authors write:

The size and quality of the memory T-cell pool of COVID-19 patients are larger and better than those of close contacts. … The results show that 57.97% and 14.49% of close contacts contained virus-specific memory CD4+ and CD8+ T-cells, respectively.

Disappointingly, the study found that in those never exposed to SARS-CoV-2 (because the samples came from before September 2019), there was no evidence of T-cell cross-immunity from other coronaviruses.

In order to investigate whether the observed expanded T-cells may have originated from pre-existing cross-reactive T-cells specific for common cold coronaviruses from previous infections, we tested blood samples of 63 healthy donors collected before September of 2019. Following a 10-day in vitro peptide expansion only 3.17% of the healthy donors contained detectable levels of virus-specific memory CD4+ and CD8+ T-cells, respectively, suggesting that cross-reactive T-cells derived from exposure to other human coronaviruses do exist but are at a significantly lower frequency than those observed in close contacts.

They acknowledged that this was contrary to other recent studies and suggested the issue needed further study.

In agreement with recent reports,17,25 our data also demonstrated the presence of cross-reactive memory CD4+ and CD8+ T-cells, which target various surface proteins of SARS-CoV-2, in unexposed healthy donors. However, the failure of these cross-reactive memory CD4+ and CD8+ to expand in vitro suggests they have limited potential to function as part of a protective immune response against SARS-CoV-2. It is noteworthy that the SARS-CoV-2-reactive T-cells detected in the unexposed healthy donors in our study were lower than those detected by Grifoni et al.17 and Braun et al.26, but were consistent with those reported by Peng et al.27 and Zhou et al.28 Assumably, due to the use of different methodologies in assessing SARS-CoV-2-specific T-cell responses, it is difficult to directly reconcile the cell-number data between different studies. Thus, a thorough investigation is needed to determine whether the cross-reactive T memory can provide any protective immunity and exert an influence on the outcomes of COVID-19 disease.

The fact that exposure to SARS-CoV-2 can result in the development of more robust immunity (perhaps because of an immune system part-primed from earlier viral infections), rather than infection, is a salutary reminder of how the circulation of viruses helps us to develop and maintain healthy immune systems capable of fighting off a variety of diseases. Trying to avoid infection by staying away from people, insofar as that is possible, can be counterproductive as it can weaken our immune system by leaving us unexposed to a whole variety of pathogens.

It’s also a reminder that antibody testing is a very limited way of determining who has been exposed to and developed immunity to COVID-19. If millions of people exposed to the virus are developing immunity without ever being infected or developing antibodies, what does that mean for reaching herd immunity? It must be closer than we think. (ER: Herd immunity was believed to have been reached during 2020.) 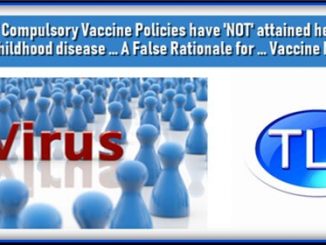 The Concept of Herd Immunity: A False Rationale for Vaccine Mandates

What a China-style Zero Covid Strategy Would Really Mean