Two months after an unexpected, landslide loss in the December 4 constitutional referendum which cost him his job as Italy’s prime minister, on Sunday Matteo Renzi quit as leader of Italy’s ruling party, in the process triggering a re-election fight against minority dissidents that threatens the stability of the center-left government, Bloomberg reports. Renzi told a national assembly of the ruling PD that he had handed in his resignation acknowledging he was set back by defeat in last year’s referendum, one day after critics from leftist factions threaten to abandon the Democratic Party. 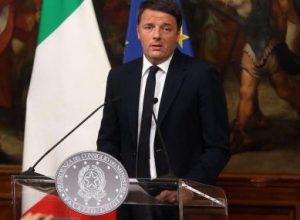 “Everything stems from the referendum,” Renzi told more than 600 party delegates. “I feel responsible for the defeat, there is a before and an after. That referendum was a blow for the whole country, starting with the economic system and we must now put the car back on the road.” Renzi denounced “blackmail by a minority” and infighting that he called “a gift” to the anti-establishment Five Star Movement. He is expected to stand for re-election at a congress in April or May.

As Bloomberg adds, concerns about a party split have pushed Italian bond yields higher and led to the widest spread between Italian and German 10-year bonds since February 2014. The selloff may accelerate as Renzi’s resignation could benefit Five Star, which is neck-and-neck with the party in opinion polls and wants a referendum on Italian membership of the euro area. Renzi has faced challenges to his reformist strategy and leadership especially since losing the referendum, which prompted him to resign as premier and sponsor current Prime Minister Paolo Gentiloni (pictured), a Renzi loyalist and fellow PD member, as his successor. 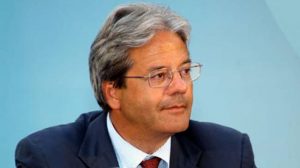 Renzi, who has pushed for early national elections in June or September, made no such appeal on Sunday and instead urged his audience to support Gentiloni and his government.

Renzi’s critics have urged him to drop pleas for early elections and pledge support for Gentiloni to remain premier until the end of the parliamentary term in early 2018. They also want more time to prepare a congress and primaries, and a more leftist program.

Meanwhile, at a meeting of party dissidents on Saturday, critics of Renzi sang “Bandiera Rossa (Red Flag)”, an iconic song of the Italian labor movement. Enrico Rossi, president of the Tuscany region, called for “a party which is on the side of the workers” and derided Renzi for “trying to present himself as the Italian Macron.” Dissidents also include Roberto Speranza, a former PD chief whip in the lower house, and Michele Emiliano, president of the southern Apulia region and a possible challenger for the PD leadership.

However, a breakaway could backfire on the dissidents in making early elections more likely as it could see some 20 members of the lower house, and about a dozen senators, leave the PD and weaken the coalition government, potentially leading to further political instability in Italy.

“The Gentiloni government is our government. We back it and will continue to back it until” Italian President Sergio Mattarella decides to call elections, Matteo Orfini, PD chairman, said on the eve of Sunday’s assembly. “A split would shrink parliamentary support for the government and put it at risk.”

“We’re walking on a tightrope,” Gentiloni confided to his ministers, newspaper La Repubblica reported on Sunday.

Meanwhile, the competition between the PD and Beppe Grillo’s Five Star movement is neck and neck: an Ipsos opinion poll published in newspaper Corriere della Sera on Saturday found that Five Star would have 30.9% of the vote, against 30.1% for the PD, 13% for Forza Italia of ex-premier Silvio Berlusconi and 12.8% for the anti-immigrant Northern League. Meanwhile, a breakaway faction from the PD would have limited support with only 4.3% of voters backing a new leftist party. 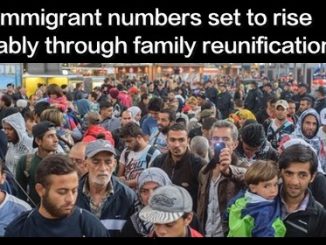 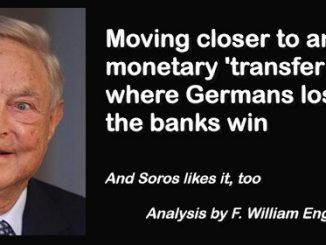