This measure, equivalent to annexation, seeks to obtain the support of the extreme right 16 days before the legislative elections on September 17.

Speaking to elementary students at the Elkana settlement in the West Bank, on the first day of the school year, Netanyahu echoed a promise he made days before the previous elections, on April 9.

The prime minister said no more settlements will be evacuated, as happened in 2005 when the entire Israeli presence in the Gaza Strip was eliminated.

This is the first time that Netanyahu has used the expression “Jewish sovereignty” in that context; until now he had used the term “Israeli sovereignty.”

Meanwhile, a spokesman for the Islamist Palestinian movement, Hamas, said that Israeli bombings against Hamas targets in Gaza “seek to distract [the public] from the recent violence that has occurred in the West Bank.”

The Israeli Army bombed two alleged Hamas underground facilities yesterday morning after a rocket was launched last night from Gaza against southern Israel that was intercepted by the Israeli air defense.

“The Israeli attack is a message of escalation and aggression that seeks to distract from acts of heroism in the West Bank, which have confused the enemy’s calculations and deepened their internal crisis,” Hamas spokesman Fawzi Barhum said in a statement.

Escalations between the jihadists and the Zionist army have been intensifying in recent weeks in Gaza, with both sides attacking each other. 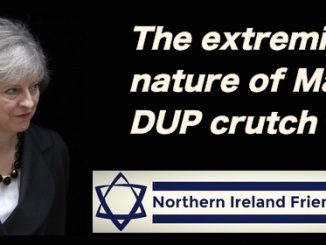 Theresa May will be propped up by Christian Zionists

Mortality in Israel: Where Have the Numbers Gone? 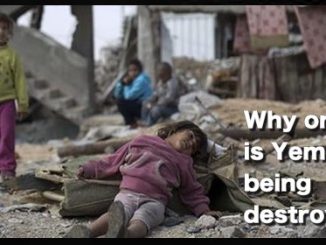 The UK’s century-long war against Yemen