French President Emmanuel Macron revealed his plans to dramatically increase military and intelligence spending on Friday, saying French forces need to “reform and transform” amid the conflict in Ukraine, where NATO forces are supporting the Ukrainians. The announcement comes as 1 million people march against de facto budget cuts.

“The law on military programming (LPM) for 2024-2030 reflects the efforts made by the state to strengthen its army. They are proportionate to current dangers, which are significant. In 2024-2030, the government will allocate €400 billion to the defense ministry,” Macron said in an address to the army at the Mont-de-Marsan airbase in southwestern France.

“France has and will have armies ready for the challenges of the century,” he added.

He explained that part of the spending will go toward doubling the power of French air defense systems, and that the French intelligence budget would increase by 60% by 2030.

He added that Paris would continue to modernize its nuclear forces, spending €5.6 billion on that effort in 2023 alone.

The French leader said the changes were necessary because of the conflict in Ukraine, which is nearly 11 months old. The NATO nations have backed Kiev, which seeks to join the alliance, funneling them vast amounts of money and military equipment to support their fight against Russian forces.

“It is necessary to pay special attention to the speed of response and build up the power of our army, because we do not choose the conflicts in which we might have to participate,” Macron said.

Paris has thrown much of its weight behind supporting Kiev’s war effort, including sending rockets, AMX-10 infantry fighting vehicles, and other weapons. In October, Macron unveiled a special €200 million fund from which Kiev would be able to buy military equipment from French defense contractors.

Russia began its special military operation in Ukraine in February 2022 in response to a dramatic escalation of violence in the Donbass region, where since 2014, Russian-speaking minorities have resisted attacks by neo-Nazi groups integrated into the Ukrainian military. Its goals include promises Ukraine will never join NATO or allow NATO to position military equipment on Russia’s borders.

Macron’s announcement comes amid a new wave of mass demonstrations in France, where 1 million marched on strike on Friday against a proposed plan to increase the retirement age to 64.

According to French media, eight of the country’s largest unions took part in the strike, which included 40% of primary school teachers and one-third of high school teachers. Transportation networks also shut down as workers walked out on strike.

Macron has said the de facto budget cut is necessary because of a deficit in the pension fund. (ER: Aren’t all EU pension funds thoroughly bankrupt anyway?) However, in October, his government used a special mechanism to shut down debate and ram a new budget through parliament, blocking attempts by opposition parties to add new taxes targeting corporations profiting massively off rising inflation and energy costs.

A former banker, Macron has been in office since 2017, and most of his tenure has been wracked by mass protests against his neoliberal budget plans, including the massive “Yellow Vest” demonstrations by working-class French people. 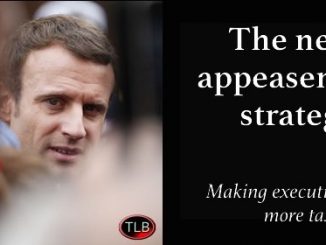