Ever since Ukraine’s 2014 Maidan revolution, which resulted in a usurpation of power micromanaged directly from Washington, nothing happens in Kiev without the Western powers knowing about it. And that would certainly include playing a reckless game of chicken with Moscow.

Last Sunday, Kiev pulled off a stunt against Russia that was so utterly stupid and reckless it could only have been carefully planned. 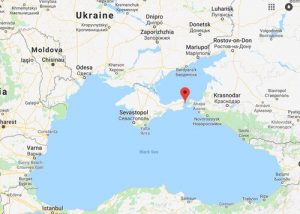 Three Ukrainian naval vessels deliberately crossed into Russia’s maritime border in the Black Sea without first obtaining permission from Russian authorities. Ignoring calls from the Russian Coast Guard to stop, the vessels continued towards Russia’s Kerch Strait (see map), where Moscow just put the finishing touches on the 11-mile Kerch Strait Bridge that connects the Russian mainland and Crimea. Given the heightened tensions of late, the Russians had every reason to believe they were dealing with a potential case of terrorism on the high seas. Six Ukrainian crew members were wounded in the ensuing melée.

If Kiev, not to mention Western powers, were looking for any sign of the so-called ‘Russian aggression’ they’ve been clamoring about ever since Crimea voted to join the Russian Federation, they finally got their wish. Never mind, however, that Kiev appears to have deliberately staged the provocation.

Russia’s Federal Security Service (FSB) released footage of three of the sailors admitting on publicly released footage that they were “following orders” by willfully entering Russian territorial waters without permission. At the same time, two members of the Ukrainian Security Service, or SBU, were also apprehended aboard the boats. The FSB concluded that the event was a “provocative act of the Ukrainian Navy executed upon direct orders by the government in Kiev.”

Kiev’s response to the border incident could best be described as odd. Although the naval showdown was isolated in scope, with no indication whatsoever that Russia would use the opportunity to retaliate with military force, Ukrainian President Petro Poroshenko imposed martial law for 30 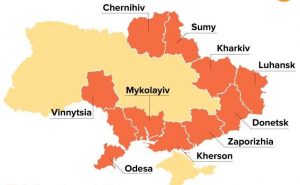 days in 10 Ukrainian regions, five of them in the pro-Russian, separatist-held east (see map). Even during the worst moments of the four-year civil war, Kiev never resorted to the imposition of martial law (the declaration of martial law does not appear to be, as many have suggested, an effort on the part of Poroshenko, whose popularity ratings are in the basement, to cancel March elections, given the time frame). Not only does Kiev’s over-the-top move further dash hopes for the Minsk Protocol, it risks triggering renewed hostilities between Kiev and Donbass. This much was suggested by Russian President Vladimir Putin.

Dmitry Peskov, spokesman for the Russian President, warned that Poroshenko’s order for martial law “has the potential” of triggering renewed hostilities in the country’s east.

Russian Deputy Foreign Minister Grigory Karasin noted that Kiev’s choice of location for provoking Russia was no coincidence since the Sea of Azov carries significant strategic importance and “provocative activities by Ukraine can bring rapid and required results for an international scandal.”

Indeed, Ukraine will now appear justified to intensify a crackdown on Donbass (the Luhansk and Donetsk regions in the map above) should the separatists be accused of violating the conditions of martial law, whatever Kiev determines those to be.

Meanwhile, the Western media and assorted ‘think tanks’ were out in full force, not missing an opportunity to portray an obvious Ukrainian provocation as yet another case of ‘Russian aggression.’

“This is not a provocation but military aggression by Russia against Ukraine. Putin is testing the West’s resolve. The West’s response should include sectoral economic sanctions and transfer of more lethal assistance to Ukraine, including anti-ship missiles.”

Nothing like cool heads prevailing, even before the evidence is presented.

Whatever the case may be, Ukraine seemed primed to ‘repeat history’ with the outbreak of another ‘Saakashvili scenario,’ in which Kiev is motivated – much like Tbilisi was motivated in August 2008 when it unwisely attacked South Ossetia, killing Russian peacekeepers in the process – through a false sense of tactical superiority to believe that it can bend Russia to its will.

On that score, it is interesting to note that US Secretary of State Mike Pompeo held a meeting with his 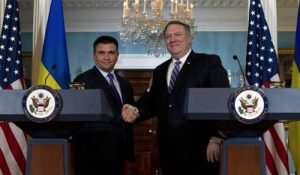 In the brief, one-page statement that was released following the meeting, ‘Russian aggression’ was cited six times. More specifically, it stated that:

Was Kiev moved to conduct some sort of provocation against Russia around the Sea of Azov based on the grim assessment of the situation by such a high-ranking US official? Or was something more sinister at play?

While it is difficult to say, it is beyond doubt that American influence in Kiev was arguably what touched off the Maidan revolution against the government of then President Viktor Yanukovych. And it is no secret that a number of US non-governmental organizations had been long operating inside of the country, where they cultivated a “special relationship” with a large portion of the Western Ukrainian population.

Former US intelligence officer Scott Rickard, speaking about the violence that broke out in Kiev, pointed the finger at US NGOs. He told RT’s Sophie Shevardnadze that,

“There are individuals who are very well-trained. These NGOs operate on every level. They operate on this peaceful side and they also operate on the violence side. It’s pretty clear that Americans have been wildly successful around militarizing jihad and violence and any kind of operations.”

Meanwhile, who could forget the site of the late Senator John McCain, standing beside the leader of the far-right Svoboda party, emboldening a rally in Kiev that “America is with you.” This was happening around the same time the US ambassador to Ukraine was discussing with Victoria Nuland, former Assistant Secretary of State, who would make up the new Ukrainian government.

Considering that the US spent $5.1 billion dollars since 1992 in Ukraine “to support democracy,” I guess it believed it was entitled to at least choose who would run the country.

But is Kiev really seeking want war with Russia? Of course not. Kiev’s motives for provoking Russia at this particular juncture range from putting NATO membership on the fast track, to wrecking the atmosphere of the upcoming G20 Summit in Buenos Aires where Trump and Putin are expected to meet. There is even the possibility that Poroshenko, the puppet king, is aiming to portray himself as the rightful defender of his country in the face of ‘Russian aggression.’

Whatever the case may be, it is a terrible gamble, and one that is pushing Russia’s patience to the limits. 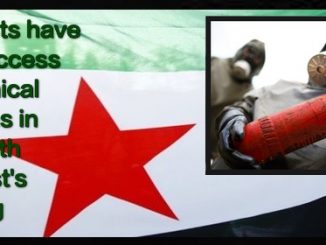 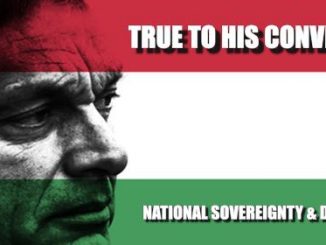 Disobedient Hungary: From the Soviet Union to the European Union