As in the most predictable of theatrical scenarios, after having skilfully prepared the ground for a few months, the loop is closed and the Draghi-Lamorgese government has delivered the coup de grâce: in the Italy of recovery-and-resilience, demonstrations will be banned.

This denouement was prepared in several stages.

The first occurred on October 9, when “reckless” management of public order in Rome allowed neo-fascist groups to storm the national headquarters of the CGIL, after having announced it two hours earlier from the podium in the Piazza del Popolo.

Turin, October 11: Draghi burned in effigy during the general strike

The second was in the run-up to the G20 on 30-31 October, when a three-week press campaign was built on non-existent alarms in reference to the social movement protests, which brought the army onto the streets and snipers onto the rooftops to confront none other than the young environmentalist generation of Fridays for Future. Naturally, the success of the mobilizations is attributed to the Ministry of the Interior, which “prevented” them from causing public disorder.

It only takes one drop to break the camel’s back: the announcement of a possible gathering of infected people due to the repeated “No Green Pass” demonstrations in the city of Trieste and the stance of the city’s mayor who, without any sense of moderation or derision, is crying out for the adoption of special laws “as in the days of the Red Brigades”.

The soup is served, and the Draghi government – not content with having imposed an embedded parliament, totally aligned with its political choices in the post-pandemic period – is trying to solve the other pole of the problem, represented by social conflict.

And here is the new package of measures announced in the press by Minister Lamorgese, which, of course, does not ignore the right to demonstrate (article 21 of the Constitution), but places it after the “right” of citizens not to participate in processions (as if it were obligatory) and after the “right” of shopkeepers to reap the usual profits from holiday shopping and, even more so, from Christmas shopping.

Parades will be prohibited in the historic centers of cities, in all shopping streets and near sensitive points. And, as if this were not enough, in the absence of “specific needs and guarantees” (who decides?) – parades as such will be prohibited and only static demonstrations and sit-ins will be allowed.

The picture is quite clear. The pandemic has highlighted all the contradictions and the general unsustainability of a model of society based on the profit economy. The Draghi government has made it its mission to continue this model at all costs.

Thus, we have a National Recovery and Resilience Plan aimed at satisfying corporations and mortifying labor and its rights; a tax policy aimed at freeing the wealthy classes from unbearable taxes, once again dumped on workers and pensioners; an ecological transition entirely devoted to greenwashing; a new wave of privatization of all local public services; an attack on the poor, through shameful measures such as the attempt to restrict the citizenship income and to reduce the allowance for the disabled.

All these measures will, of course, exacerbate people’s unease and lead to anger and social conflict.

How do we solve this? No problem, just ban it.

Besides, haven’t the great financial powers been saying for a long time that the constitutions of the countries of Southern Europe are unsuited to modernity because they are too impregnated with socialist ideas?

NB: a century ago, on November 9, 1921, Mussolini’s National Fascist Party was founded. It was a fair comment in passing… 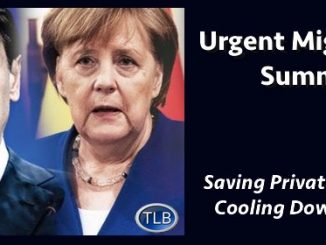 “The Virus Is Over, Stupid” in 3 Graphs