ER Editor: We also recommend this recent report from Paul Antonopoulos titled Will the US use Greece to block Russia in the Black Sea? 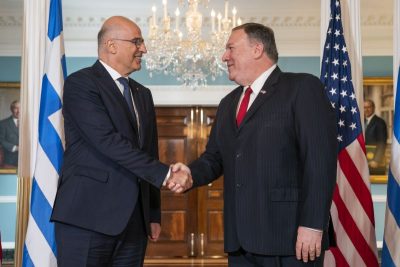 According to an exclusive report published by Greek online media Rizospastis this week, within the framework of the “Greece-USA Mutual Defense Cooperation Agreement,” Washington and Athens have agreed to expand and increase U.S. military installations in the Mediterranean country. This comes off the recent U.S. announcement that it wants to privatize the port of Alexandroupolis (see map below) near the strategic Dardenelles.

U.S.-Turkish relations have traditionally been strong because of Ankara’s submissiveness to Washington’s demands in the framework of NATO, but have soured in recent years because of the U.S.’s support of the Pe 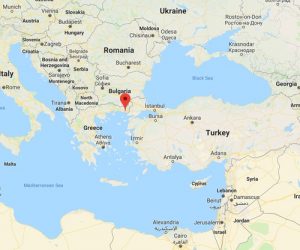 ople’s Protection Units (YPG), the Syrian extension of the Turkey-based Kurdistan Worker’s Party (PKK) that Ankara, and hypocritically Washington, consider as a terrorist organization. Because of Washington’s support for what Ankara considers a terrorist organization, it has only pushed Turkish President Recep Tayyip Erdoğan closer to NATO’s main adversary, Russia, where the two countries now work in committees to find peace in Syria and have significantly increased economic and military ties.

Greece, however, has at times been renegade in NATO, especially during the breakup of Yugoslavia where food, oil, and arms were transported from Greece into Serbia in violation of the UN embargo; Greece was the only European Union state to back Belgrade’s position that Serbian forces had only entered Bosnian territory in response to their provocations; Greece voted against NATO air strikes on Serbian positions; the Aegean country refused any use of the NATO air base in Preveza on the Ionian Sea; and, Athens refused to supply Greek troops to the UN peacekeeping mission in Bosnia. NATO plans were also leaked directly to Bosnian Serb General Ratko Mladić so frequently that NATO allies ceased sharing NATO military plans with the Greek authorities, according to Professor C. Wiebes’ report to the Dutch government, titled Intelligence en de oorlog in Bosnie 1992-1995. There was also the famous case of the Greek Captain of the Themistocles warship, Marinos Ritsoudis, who was awarded by the Serbian Orthodox Church the Order of Emperor St. Constantine for refusing his orders to join NATO’s war against Serbia in 1999, and with the support of all his sailors returned the ship back to her port.

Greece was the only European country researched by Pew in a 2013 study where favorable views towards Russia prevailed (63% favorable vs. 33% unfavorable), demonstrating that Moscow could have a real ally within the NATO bloc where the majority of civilians look at Russia favourably and where the political, military and intelligence apparatuses of the state have significantly defied NATO before. However, in a strange oddity, it is Greece who is pivoting strongly towards the U.S. while Turkey strongly pivots towards Russia. This is despite the fact that according to a November 2018 INR poll, less Turks view Russia favourably compared to the Greeks at 51% and more Turks view Russia unfavourably compared to the Greeks at 43%, and also the fact that Turkey is directly and indirectly responsible for the deaths of tens of Russian soldiers in Syria.

Because Turkey violates Greece’s maritime and air space on a daily basis; makes continued threats to invade the rest of Cyprus; Erdoğan weeks ago made a speech in front of a map that shows Greece’s eastern Mediterranean islands occupied by Turkey; the Turkish government removed the inhabited Greek island of Kastellorizo from online maps to claim sovereignty over oil and gas reserves; and making continued threats to flood Greece again with illegal immigrants, Greece has major security concerns that has been ignored by both Washington and Moscow, until now.

It is an odd choice that Greece would pivot towards the U.S. to address its security concerns since only 36% of Greeks view the U.S. favourably, but it has only been the U.S. that has offered boosted security. With Russia increasing its relations with Turkey, Greece is left at the mercy of the U.S. to guarantee its security from external aggression, even if that external threat is from a fellow NATO member. 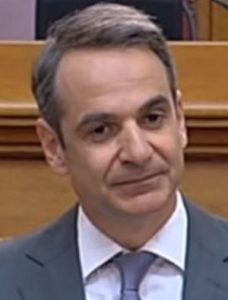 It was inevitable that with the successful recent election of neoliberal President Kyriakos Mitsotakis (pictured), Greece would become closer with Washington that was mostly resisted by the previous left-wing Syriza government. The Syriza administration period also represents a missed opportunity for Moscow to increase military ties with Greece to ensure its Mediterranean access.

U.S.  Secretary of Defense Mark Esper presented to Congress last week a list of 127 plans to expand, renovate or build new U.S. military infrastructure and bases abroad, many of which are in Greece. This suggests that the U.S. is fortifying Greece as a means to block Russia in the Black Sea, the location of Russia’s only ice-free ports, if it ever had to. With U.S.-Turkish relations souring, and the latter controlling the Dardanelles that connects the Black Sea to the Aegean/Mediterranean Seas (see map above), the U.S. is now turning to Greece as Plan B to contain Russia in the Black Sea if it was ever needed.

Although the narrow Dardanelles spills open into the northern Aegean Sea, when considering there are thousands of islands in the Aegean, it makes the sea a naval labyrinth with limited manoeuvrability. The Greek Navy, however, has thousands of years of experience in navigating these waters, winning famous battles such Salamis in 480 BC, despite having inferior numbers to the Persians but having knowledge of the islands and currents. This is not to ignore the obvious differences in ancient and modern naval warfare, but it is to emphasize that the landscape and environment always influences battles, even in the age of robotic and drone warfare.

With Greece spending the second highest amount of GDP out of the all NATO states on its military, making it a Small Power in the Eastern Mediterranean and Balkan regions, the country has a formidable Navy and Air Force superior to Turkey’s, and perhaps formidable enough to be able to block Russia with U.S. assistance in a hypothetical situation. Despite the favorable view the majority of Greeks have towards Russia, the new Greek government is not only tolerating the U.S. plans but is encouraging them. Therefore, Greece in its endless efforts to completely ensure its security from Turkish aggression, is also becoming a U.S.-supported Small Power that could be weaponized against Russia. However, there is also little evidence that the new Greek government is anti-Russian, or would willingly back U.S. aggression against Russia, despite the increased U.S. military presence in Greece, which in Athens’ view, is aimed against Turkey, but of course Washington also has its eyes on Russia.

Paul Antonopoulos is director of the Multipolarity research centre. 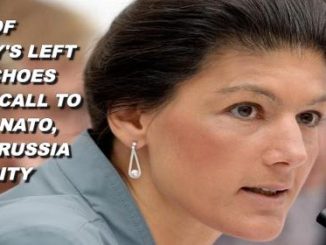