ER Editor: Readers may also be interested in this Sept.6 article from The Independent – Teacher Enoch Burke spent his first night in custody isolated from general prison population.

Technically, jailing him was due to the fact that he had already been suspended from the school (with pay) but had turned up for work anyway. A court order had then been issued to ensure that he would stay away from the school premises, which he refused to do, showing up for work as usual. Thus jail was the judicial response for being in contempt of the court order, not for the substance of the case within the school population regarding pronouns.

See this from yesterday, Sept.7: ‘I will never leave Mountjoy Prison’ – Enoch Burke refuses to purge his contempt of court Of note:

Addressing the court, Mr Burke made clear he had no intention of purging his contempt by agreeing by abide by the orders.

“I will never leave Mountjoy Prison if in leaving that prison I must violate my well-informed conscience, and my religious beliefs and deny my God,” he said.

He said that were he given the choice of either abiding by the orders or acting in accordance with his religious beliefs, his answer would be the same for the next hundred years.

He claimed the court had stripped him of his liberty and his dignity, but it could not deprive him of his integrity and his religious convictions.

Mr Burke reiterated claims that transgenderism was against the teachings of every major church on the island of Ireland.

Evangelical Christian schoolteacher Enoch Burke has been locked up in Mountjoy Prison in Dublin, Ireland on contempt of court charges after he vowed to continue disobeying a court injunction meant to keep him off campus pending the outcome of a disciplinary proceeding. Burke spent his first night in the jail in isolation on Monday.

Justice Michael Quinn has vowed to keep Burke behind bars until he agrees to comply with Wilson Hospital School’s demands. However, Burke insisted that doing so would violate his religious beliefs, and admitted that if he were not jailed he would resume showing up for work every day.

“I am here today because I would not call a boy a girl,” he declared, insisting that doing so was “in violation of my conscience.” Burke and other staff had been told to address a formerly male student who wished to transition by a different name and use ‘they’ pronouns back in May, but the teacher refused to do so, setting off a series of clashes that culminated in his suspension last month with full pay.

Rather than stay home waiting for the disciplinary proceedings to conclude, however, Burke continued to turn up at school, leading his employer to secure a court injunction barring him from campus until Wednesday. His continued disobedience ended with his arrest over the weekend.

Burke dismissed the suspension order against him as invalid and unfair, arguing that ‘gross misconduct’ is required for such a penalty, whereas he had merely expressed his religious beliefs that ‘transgenderism’ was contrary to church teaching.

“It is reprehensible that anyone’s religious beliefs could be taken as a ground for misconduct or gross misconduct,” Burke said.

Contempt charges carry an indefinite prison term, which is ended only when the person agrees to purge the contempt or the judge opts to order the individual’s release. Burke, who has represented himself in court, insists he will not “purge my contempt by holding my Christian beliefs in contempt” or “go into the school and bow to something I know to be manifestly wrong,” i.e. that his “belief in male and female is wrong.” 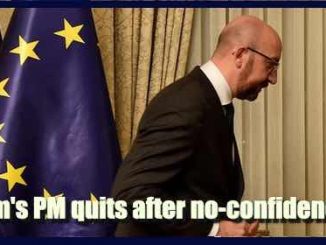 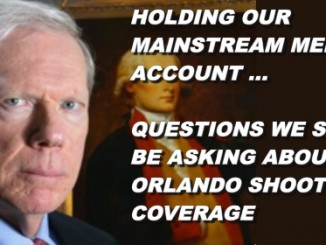