In Sweden, Europe’s Drift to the Right Continues

Ever since, however, the tide has turned again, and Europe’s drift to the right, coupled with the ongoing demise of center-left parties, has continued. Highlights of the past year included a strong performance by the Alternative für Deutschland in Germany (they are polling second behind Angela Merkel’s CDU right now), a right-wing coalition government in Austria, and the Italian election in March, which saw two “populist” movements come to power together (and since then causing havoc on the European level).

The next blow was just a matter of time, though. It arrived yesterday in the Swedish elections for its Riksdag, i.e., its parliament, the right-wing Swedish Democrats made big gains, ending up in third place with 17.6 percent of the vote, closely following the Moderate Party at 19.8 percent. The strongest party, the Social Democrats, despite remaining first, still lost ground, standing at 28.4 percent (which is its worst result since 1908).

While the results need to be taken with caution — the votes of Swedish expats living abroad are not included yet and will only be released sometime this week — it seems clear already: the right-wing “populists” once again performed well. However, finding a coalition government will be tough for everyone involved.

The Sweden Democrats (SD) have always been the subject of controversy since their founding. Indeed, this very founding is most problematic: the party was established by fascists and at the beginning deeply aligned with the neo-Nazi movement. But in the nineties, it started to move away from this connection. In the last years, as it has become more popular, the SD has adopted a zero-tolerance policy on racism, which led to several members being expelled.

Today, the Sweden Democrats try to disrupt the status quo and destroy the party duopoly between the Moderates and the Social Democrats. This feeling can easily be seen in what Tobias Andersson, the head of the party’s youth wing, said: “Voters want to see more action. They want to feel something is actually happening, that it is not the same old boring politics.”

At the same time, the SD is a one-issue movement, almost exclusively focusing on immigration — and demanding a much stricter approach to it. Other than that, little is known about the views of the party. On economic policy for instance, the program is a mishmash of rather vague promises: lip service for entrepreneurs and against labor market regulations, taxes should be cut here and there. But at the same time, working conditions in the public sector have to be improved, and unemployment insurance needs to be made compulsory. “Health care must be available all over our country, no matter the size of our wallets,” and “the elderly get a pension they can live off, for real.”

Whenever they don’t have a real policy, they will simply bring in immigration again, such as with the housing crisis (which is supposedly only the fault of refugees). The party itself sees all of this as a positive: “This means that we do not carry either classic right or left policy.” Another interpretation would be that they will advocate for anything which is popular at the ballot box.

As for the next government in Sweden, there is a long negotiating period a head. And in the most extreme case, new elections might be in store. No party, as we have seen, holds a majority — and no realistic combination of parties can form a viable coalition (not even the two biggest). Due to the unique political system in Sweden, chances are good that someone gets into power nonetheless.

The reason for this is that in Sweden, minority governments aren’t all that unusual. A minority government wouldn’t need the support of a majority in parliament. Rather, it would only need to prove that not a majority is opposed to it. For instance, a party with 25 percent of the vote could become a minority government as long as another 25 percent don’t actively object to it. Thus, some have argued, there is even a (very small) chance that Annie Lööf from the fourth-place Center Party, despite only having gotten 8.6 percent of the vote, could become the next Prime Minister — this is only due to the fact that she would be the least objectionable candidate for the other parties.

Much more likely, however, is a government which still includes either the Social Democrats or the Moderates. Both have built alliances with other smaller parties, and while neither of these alliances have a majority (both stand at 40 percent), it might be — depending on how much those not part of the relative alliance object to it — enough for one of them.

In Sweden, this could be similar: the Moderates’ Ulf Kristersson would become Prime Minister. The Moderates would be relatively free in how they would govern, from their low-tax, less-regulation economic policy to their tough stance on law and order. In the meantime, the SD would gain much leverage on the immigration policy of the country. The Moderates excluded such a coalition before the election. But, as we know, in politics these things can quickly change if needed.

Regardless of what happens in the end, one thing remains: the drift to the right, which is happening all around Europe, is continuing. Sweden was thought of as one of the countries where it is most unlikely that “populists” could flourish — it is, after all, the European country which has welcomed most migrants per capita and which has been seen as one of the most inclusive countries in the world by the international community. Still, here we are: the Sweden Democrats are destined to stay a major force in Sweden, while right-wing “populists” continue to gain steam ahead of next year’s European elections.

ER recommends other articles by Mises

Kai Weiss is an International Relations student and works for the Austrian Economics Center and the Hayek Institute. He is a Mises University alumnus. 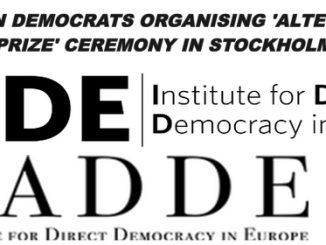 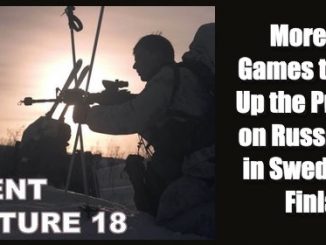 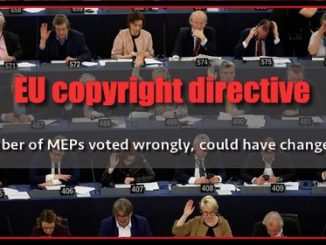 Wrong button? 10 EU MEPs who voted to reject debate on Article 13 say they didn’t mean to