Could the people’s vote force the EU to lighten its destructive austerity and lead NATO to reconsider its increasingly reckless posture toward Russia?

The stunning British vote to leave the European Union has roiled diplomats and central bankers across Europe and the United States. The political establishments on both sides of the Atlantic are finally beginning to get the message. For too long, their policies have failed to provide either shared prosperity or security. For too long, they have ignored the many who are struggling while catering to the few who are thriving. The British vote should force fundamental reassessments in the EU and the United States—of austerity; of rule by technocrats; of immigration policy; of economic and foreign policy.

With its allies in NATO, Washington should place a particular focus on reassessing the dangerous descent toward a new Cold War with Russia, which has received shamefully little attention. William Perry, defense secretary under President Bill Clinton and a scientist with a lifelong expertise in nuclear deterrence, warns that “today, the danger of some sort of a nuclear catastrophe is greater than it was during the Cold War and most people are blissfully unaware of this danger.”

US-Russian relations have undergone a frightening deterioration in recent years. The dominant Western media and establishment narrative has treated Russia as the sole aggressor, while failing to account for the EU and NATO roles in the Ukraine crisis and other disputes.

In the past few years, the United States and its NATO allies have imposed sanctions on Russia; deployed antiballistic-missile systems in Poland and Romania; dramatically augmented land, air, and sea forces; and expanded military exercises on Russia’s borders. (The Anakonda 2016 “exercise” conducted this month in Poland involved more than 30,000 soldiers, most from NATO countries.) 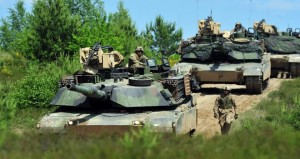 Not surprisingly, Russia has responded by augmenting its forces along its Western borders, including more nuclear-capable missiles—thereby increasing the risk of accident, miscalculation, and escalation. Meanwhile, France and Germany have either failed or refused to convince the Ukrainian government to live up to its agreements under the tenuous Minsk accords, which were designed to bring about a negotiated end to the civil war. If Ukraine is to have any chance of recovery, assistance from Russia and the West will be needed.

Washington has largely spurned cooperation with Russia against the Islamic State in Syria, even while continuing to arm insurgents attempting to overthrow Bashar al-Assad, Russia’s Syrian ally. Calls by Hillary Clinton and others for escalation in Syria or enforcement of a “no-fly zone” against the Assad regime could lead to direct confrontation with Russia. Meanwhile, the increasing tempo of exercises on the Russian border is seen as prelude to a larger permanent presence. Hostile forces have not amassed this close to Russia’s Western borders since World War II. The NATO meetings in Warsaw in July are slated to ratify this increasingly dangerous posture.

The roots of this escalating tension and military buildup lie in the US decision to expand NATO to Russia’s borders after the collapse of the Soviet Union. Instead of building a zone of peace that would acknowledge Russia’s security concerns, Washington pushed to incorporate former Soviet satellites into NATO, including newly independent states like Georgia and Ukraine. George Kennan, one of the fabled post–World War II “wise men” and author of the famous 1947 article that formed the basis of the Cold War “containment” strategy, warned prophetically in 1996 that NATO’s expansion into former Soviet territory would be a “strategic blunder of potentially epic proportions.” 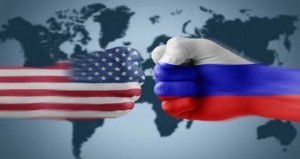 The Brexit vote—which, if nothing else, will force the EU and Great Britain to focus more on their internal challenges—may help trigger a fundamental reassessment of this perilous course. France and Italy are already chafing at the costs of the sanctions against Russia. German Foreign Minister Frank-Walter Steinmeier has labeled the recent NATO exercises as “sabre rattling and war-mongering.” The United States and NATO have compelling reasons to cooperate with Russia, including defeating the Islamic State, helping to negotiate an end to the Syrian civil war, restarting the progress on loose nukes, halting nuclear proliferation, and advocating nuclear disarmament.

A serious reassessment could revive the discussions of building a zone of peace on Russia’s borders. After all, as British scholar Richard Sakwa observed: “The EU has failed in the biggest challenge of our era, to create an inclusive peace order from Lisbon to Vladivostok.… A divided continent, with a new ‘Berlin’ wall now being built from Narva in the Baltic to Mariupol in the Sea of Azov, can hardly be considered a success.” That reassessment might begin with EU pressure to sustain the Minsk accords, as well as exploration of a broader settlement for a nonaligned Ukraine—one inside the EU, but precluded from membership in NATO. It could build on the Iranian agreement to expand cooperative efforts with Russia to bring the Syrian civil war to a negotiated settlement, helping to relieve the pressure on Europe from the millions tragically displaced in that calamity. That reassessment should be grounded in the recognition that other powerful nations have zones of security as well, and that neither NATO nor the United States has the charter or the resources to police the world.

Commentary about the Brexit vote has focused largely on its potentially destructive economic consequences for Britain and the EU, and on the ignorance and alleged second thoughts of “Leave” voters. Foreign-policy commentary has sounded the dangers that Brexit might weaken NATO or strengthen Russia’s role in a divided Europe. Wouldn’t it be ironic if the people’s vote forced the EU to lighten its destructive austerity, gave impetus to a diplomatic settlement in Syria, and led NATO to reconsider its increasingly reckless posture toward Russia? If that happened, the voters in Britain, wittingly or not, will have done the world a great service.

ER recommends other articles by The Nation

Katrina vanden Heuvel is Editor and Publisher of The Nation 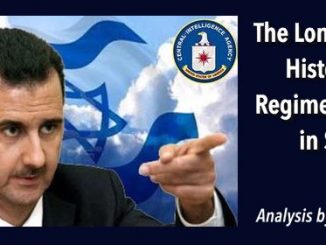 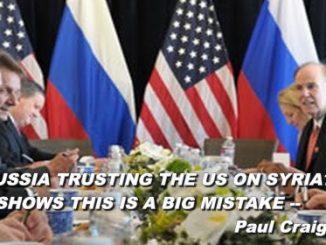 The EU has a new batch of Unelected Leaders – where’s the Democracy?