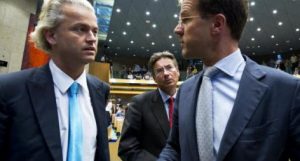 Just as we warned over the weekend, in the near-term, however, the outstanding question is how will Saturday’s events impact Wednesday’s Dutch general election, and whether the diplomatic clash will boost votes for Geert Wilders. As Reuters notes, “the diplomatic row comes in the run-up to the coming week’s Dutch election in which the mainstream parties are under strong pressure from the far-right party of Geert Wilders.”

And this morning, as Bloomberg notes, after politicians on all sides rounded on the Turkish government for dispatching ministers to the Netherlands for domestic political ends on the eve of the Dutch election, Erdogan said on Sunday that the Netherlands would “pay the price” after Rutte’s government denied entry to Turkey’s foreign minister and escorted a second Turkish minister to the Dutch border.

Prime Minister Mark Rutte told NRC on Monday morning, when asked if the chance to play the role of the “strong” prime minister would help him on Wednesday.

“I wasn’t waiting for this… This cost me hours and hours of campaign time. But it’s just my job, being prime minster comes first.”

But as Kees Aarts, professor of political institutions and behavior at the University of Groningen, explains,

While “the cabinet has shown political decisiveness… when you add everything up, what happened will clearly help Wilders. He wasn’t very visible during the campaign and not very involved. But in the end it’s his main theme that’s at stake now.”

A snap poll on the incident by Peil.nl found that 86 percent of more than 2,000 respondents said that Rutte had done a good job during the dispute. However, it also found that Freedom Party voters were fired up, with Wilders supporters saying for first time during the campaign they would “certainly” vote for his party, known by its Dutch acronym, PVV. That could lead to higher turnout among PVV supporters at the election on March 15, according to Peil.nl. 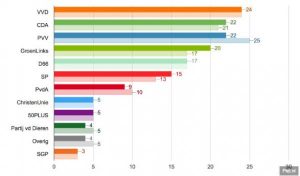 So, as The Express asks (and answers), what will happen if Wilders wins?

Mr Wilders’ election would mark Europe’s first political earthquake of the year ahead of the important French and German elections later in 2017. The far-right politician pledges to ‘de-islamise’ the country by closing its borders, banning Islamic headscarves, closing mosques and banning the Koran. He has vowed to take the Netherlands out of the EU as well stopping public money going towards development aid, windmills, the arts, innovation and broadcasting.

But what will really happens if Mr Wilders triumphs in the election next month?

Although Mr Wilders is projected to get the most votes in the election, the PVV will not be able to form a Government on its own. Unlike Britain and the US, the Netherlands is always ruled by a coalition of political parties due to the fragmented nature of Dutch politics. Winning the most seats does not automatically make Mr Wilders Prime Minister because the top job goes to the leader with the most seats in the coalition.

But VVD Prime Minister Mark Rutte has already ruled out a coalition between VVD and the PVV if Mr Wilders wins the election.

“No, we wouldn’t do that,” Liberal Prime Minister Mark Rutte says at news conference in Rotterdam when asked if he’ll co-operate in government with Geert Wilders’s Freedom Party after Wednesday’s election.

Rutte on previous experience in govt with Wilders: “When the crisis was the deepest, he ran away”

Other Dutch parties are also unwilling to form a coalition with him, according to Rem Korteweg, senior research fellow at the Centre for European Reform (CER).

“The result of that is going to be a political mess after the election,” Mr Korteweg said, noting that there could be political stalemate.

If the PVV is excluded from the coalition, then it will be very large, unwieldy and at risk of falling apart and leading to fresh elections. Even if Mr Wilders is blocked from real political power in the Netherlands, his election would be devastating blow for Europe’s liberal order.

The far-right populist victory could boost the chances of Front National leader Marine Le Pen in the French elections this spring.

It would also be welcomed by Frauke Petry – the woman leading the populist Alternative for Germany (AfD) into the German federal elections in September. 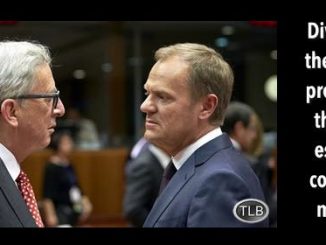 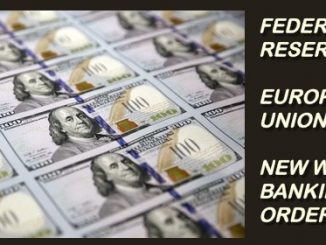