As is well known, the Hellenic Republic is a member of the European Union (EU) but is not among its economic and political leaders. The periodic disagreements between the Greek authorities and the EU leadership sometimes compel one to think of the possibility of Greece withdrawing from this organization. The Greece debt crisis that has been continuing since 2010 has exacerbated the financial disputes of Greece with the leading EU countries, especially Germany. However, for a number of reasons, EU needs Greece. The EU is unwilling to allow it to exit from its membership. This gives Greece the possibility of a small influence within the European Union, which can be greatly strengthened by the economic support of states from other regions which wish to make Greece the conducter of their interests in the EU. This is particularly true for China.

Greece has not always harmoniously fitted into the European system, as evidenced, for example, by the events of 2015, when a coalition of radical leftists came to power in the country, and the

government was headed by Prime Minister Alexis Tsipras (pictured). Immediately thereafter, Greece stated that it wanted part of its external debt to the EU countries be written off. In the summer of 2015, Greece refused to make another payment to the IMF. In July 2015, a referendum was held in which the Greek people refused a series of budgetary reforms that would have enabled Greece to begin paying off its foreign debt. After that, Greece has finally had to adopt reforms aimed at saving budgetary resources, which has resulted in the recession of the Greek economy and a decline in the standard of living of the population.

However, against the backdrop of the “special” attitude of the European Union and in particular Germany towards Athens, the debt crisis has significantly contributed to the development of the relationship between Greece and China. It is a well-known fact that one of the main tasks for the People’s Republic of China is the implementation of the One Belt One Road Initiative (OBOR), which is set to create a unified transport system for Eurasia and Africa, which can then spread to other continents. OBOR has a subproject, the 21st Century Maritime Silk Route, for the implementation of which Greece is of considerable interest. In 2015, the Government of Alexis Tsipras stated that it was preparing to sell most of the shares of the managing company of the main foreign trade port of Greece – Piraeus. 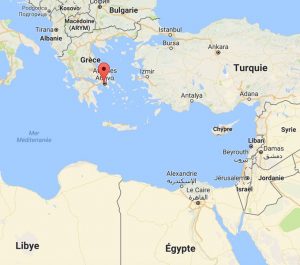 The Port of Piraeus (pictured) is known from antiquity. This is an extremely important point for Mediterranean and world shipping, where virtually all the world’s known shipping companies are represented. It should be recalled that Piraeus is located near the Suez Canal, through which almost all sea traffic between Asia and Europe is carried out. This port can be described as one of the main sea gates to Europe. By rail, it is possible to deliver cargo from there to Germany, Austria and Eastern European countries.

China Ocean Shipping Company (COSCO) was named as the main potential buyer of Piraeus, the company, which was given a part of the port for 30-years operation in 2008 for more than USD 500 million. In the spring of 2016, the Greek government approved the deal for the sale of Piraeus to China. COSCO received 67% of its shares. The total volume of Chinese investment in Piraeus is expected to exceed USD 1 billion.

Besides Piraeus, COSCO is interested in other Greek ports. Thus, the company intends to privatize the port of Alexandroupolis, where a liquefied natural gas (LNG) terminal is planned to be built. According to the Chinese government, in the first half of 2017, the People’s Republic of China had already invested a total of USD 1.3 billion in various infrastructure, telecommunication and energy projects in Greece. In line with that, it is reported that Greek exports to China increased by more than 40 per cent over the past year.

September 9-17, 2017, the 82nd International Exhibition was held in Thessaloniki, Greece, bringing together representatives of business and public organizations from all over the world. China was the honorary guest of the exhibition. It is reported that, as a sign of respect for the People’s Republic of C 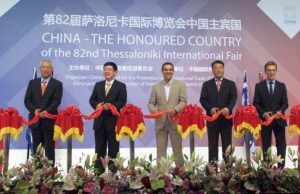 hina, the streets in Thessaloniki were decorated with five thousand traditional Chinese red lanterns. According to the representatives of Greece and China, the event should contribute significantly to the development of China-Greece economic relations. Among the most anticipated events of the exhibition were the China-Greece Forum “Investment Opportunities in South-Eastern Europe: Trends and Challenges in the Energy Sector”, as well as the signing of a cooperation agreement between the Chinese Development Bank and the Public Power Corporation of Greece.

The pace with which the PRC is increasing its economic influence in Greece is a cause of concern to the EU countries. Many experts believe that through Greece, Chinese influence could spread throughout Europe. However, they are unlikely to be able to do anything as their own financial difficulties will not allow the EU states to make proposals to Greece that are more profitable than those made by China. The exclusion of Greece from the European Union is also not an option. The EU will most likely make every effort to ensure that Greece remains a part of it. The reason is in its geographical position. Greece sits on the southern coast of Europe. Beyond the Mediterranean Sea begin the countries of West Asia and North Africa. As it is known, in recent years, Europe has been confronted with a wave of refugees from these countries that is very difficult for the European authorities to control. Greece is in the path of the flow of migrants, and serves as a buffer zone in which many settlers are detained. A number of Greek islands are transit points where migrants are screened and await their distribution to other countries in Europe. Greece is a poor country, and few refugees wish to remain there. Their main objective is Germany, France and the Scandinavian countries. Greece, Bulgaria, Romania, Turkey and the countries of the former Yugoslavia are a transit point for the migrants, from which they move further north-west. However, the time they spend in these countries allows other states to distribute these flows of the people among themselves and to prepare for their reception. If Greece were to exit the EU and cease to cooperate with the European authorities in the reception of migrants, the country could become a gateway to uncontrolled migration, which the EU would find much more difficult to cope with.

It is therefore essential for the European Union to maintain Greece in its composition, accepting the growth of the Chinese presence in that country. It is still possible that as long as Greece is part of the EU, the country will act as a leverage for the PRC in this organization. 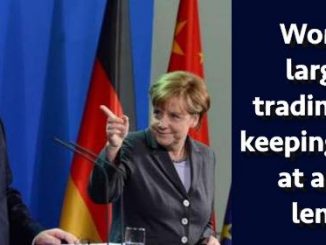 ‘Helicopter Money’: This Is the Game-Changer Geo-Politically