ER Editor: We remember last winter’s crisis in Germany over a total lack of wind and sun for its ‘green’ energy generation. See

Once again, these sustainable energy sources fail during the northern winter.

P. GOSSELIN of NO TRICKS ZONE 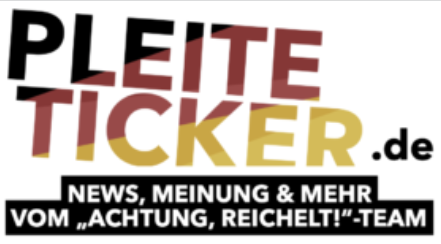 Pleiteticker.de here reports how Germany’s natural gas reserves “are emptying at record speed” because wind and solar power have been on the scarce side over the past few weeks. This means gas turbines have had to jump in to pick up the slack in electricity production – not one the German government had hoped as it wrestles with the heightening energy crisis.

“Germany is converting gas into electricity in record quantities,” pleiteticker.de reports. “Thanks to high pressure system ‘Erika’, the current December is colder than it has been for years. […] In recent days, gas storage facilities have therefore been emptying much faster than before. From December 12 onwards, more than one percent was withdrawn from gas storage facilities in Germany every day.”

“Last week, almost one third of all electricity was generated from natural gas. These are record figures,” writes pleiteticker.de.

If the cold persists through the winter, gas reserves threaten to become extremely tight before spring arrives.

But instead of blaming the energy woes on failed government policies, federal network agency head Klaus Müller criticizes the situation on the consumers, and worries “the gas storage may not last the whole winter.”

“A national gas shortage in winter can be avoided if, firstly, the savings target of at least 20 percent continues to be achieved,” the Federal Network Agency says. Here the government’s solution clearly is that citizens should accept freezing even more when it’s bitterly cold out.

Over 800 million euros paid for unproduced energy in 2021

The problem with wind power is that either too much or too little is produced, due to the weather. As mentioned above, the past weeks have seen little wind power being produced, and so gas turbines had to be fired up to keep the grid supplied.

But when it’s too windy, something needs to be done to keep the grid from being overloaded: wind turbines have to be shut down. That’s costing Germans 807 million euros this year because the excess electricity that could have been fed into the grid by the wind parks legally has to be compensated.

Pleiteticker here writes: “For the amount of electricity that the operators could have fed into the grid, they still receive compensation from the grid operators according to the statutory tariffs. And this sum is higher than ever this year: 807 million euros. Record value. For electricity that never existed.”

And the problem is getting bigger, according to the Federal Ministry of Economics.

“At the time of the worst energy crisis Germany has seen in a long time, when companies and consumers are hammered by energy prices like rarely before, Germany is paying money for energy that also doesn’t get produced,” comments pleiteticker.de.

So far Germany’s response to the energy crisis is plans to build many more turbines, with talks of even tripling its current installed capacity, which of course would only triple grid volatility, thus making it far more unstable than it already is and so create an even much bigger mess.