ER Editor:  Ah, the geopolitical headache of a Germany-Russia collaboration! There hasn’t been follow-up to this story yet, but here is Tom Luongo’s brief judgement on a topic he has written extensively about: 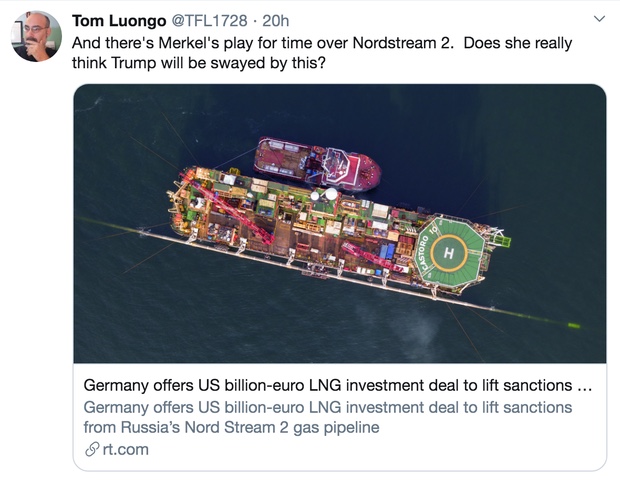 Merkel promised this before. See this Reuters/AFP report from 2018.

According to the paper’s sources, Berlin is ready to invest in the construction of two terminals in Germany to receive American LNG. “In response, the United States will allow the unhindered completion and operation of Nord Stream 2,” Die Zeit said, citing a letter (sent on August 7) from German Vice-Chancellor and Finance Minister Olaf Scholz to US Treasury Secretary Steven Mnuchin.

The US and Germany have been increasingly at odds due to Washington’s attempts to arm-twist Berlin into abandoning the Nord Stream 2 pipeline initiative. The construction of the energy route was halted last year after the US threatened vessels involved in the project with biting sanctions. The US recently stepped up its pressure campaign, saying it would impose sanctions on anyone investing in or working on the construction or maintenance of the pipeline in the future.

President Trump has repeatedly said that European countries, particularly Germany, should rely on US gas imports (ER: which are much more expensive for European consumers) to ensure their energy security. Meanwhile, many European nations have already stressed that they want to diversify their sources of energy, and the Nord Stream 2 gas pipeline from Russia could be one of the ways to achieve this. German Chancellor Angela Merkel has also warned against politicizing the Russian pipeline project, saying that its construction should be finished despite US attempts to derail the energy project.

The Nord Stream 2 pipeline, which was designed to boost gas supplies to Germany and other European states by 55 billion cubic meters (bcm) per year, is currently nearing completion in the Baltic Sea. Russia had to dispatch its own vessels to lay the final kilometers of the route, after Swiss-Dutch company Allseas withdrew its ships over the threat of US sanctions. On Tuesday, Russian offshore supply vessel Ivan Sidorenko headed to the German port of Mukran to participate in the completion of the pipeline. 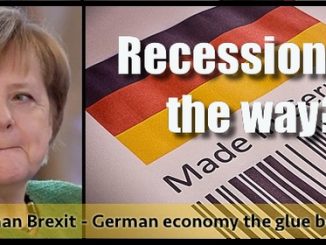