ER Editor: It needs to be pointed out that the day following the police’s public protest, documented below, a member of the French police in the Paris prefecture, not far from Notre Dame, attacked and killed 4 of his colleagues. Coincidental timing? Hardly likely. Many of these so-called ‘terrorist’ attacks (he was apparently converted to Islam 18 months before) occur right around the time of important events in France, such as elections. After the police protest, Macron was due to publicly address the issue of pension reform, which is government is trying to streamline and thus reduce.

France’s Police Protest Movement: The Unspoken Truth is that their Demands are Similar to those of the Yellow Vests

In early October, The French Police conducted La March de La Colère, (The “March of Anger”) directed against President Macron’s deadly economic austerity measures. “The center of Paris was paralyzed by the largest rally of police officers in years; they say they are in total despair after being abandoned by the government.” We have no money, salaries are falling, our pension funds are threatened.

Police “activists” pointed to abysmal working conditions, poverty as well as suicide within their ranks.

In a bitter irony, the “dirty economic medicine” which is hitting France’s population at large is also affecting the police officers, whose mandate is to repress those who question the legitimacy of the government’s austerity measures. 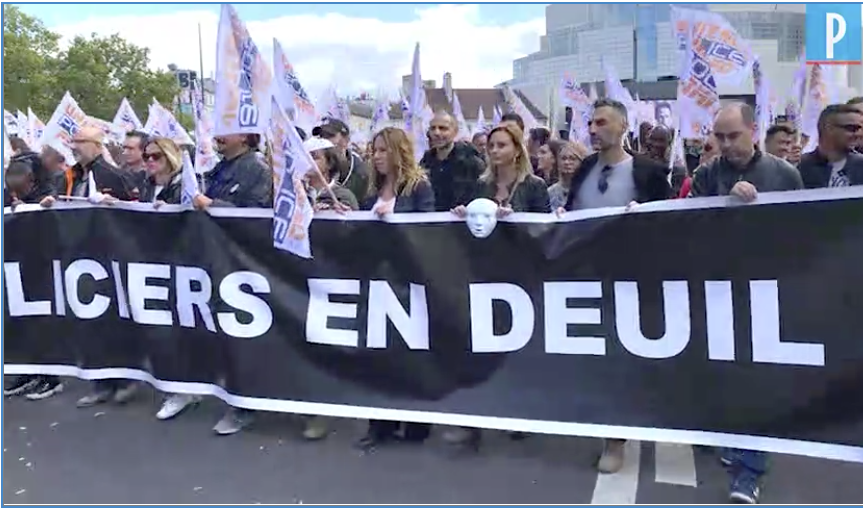 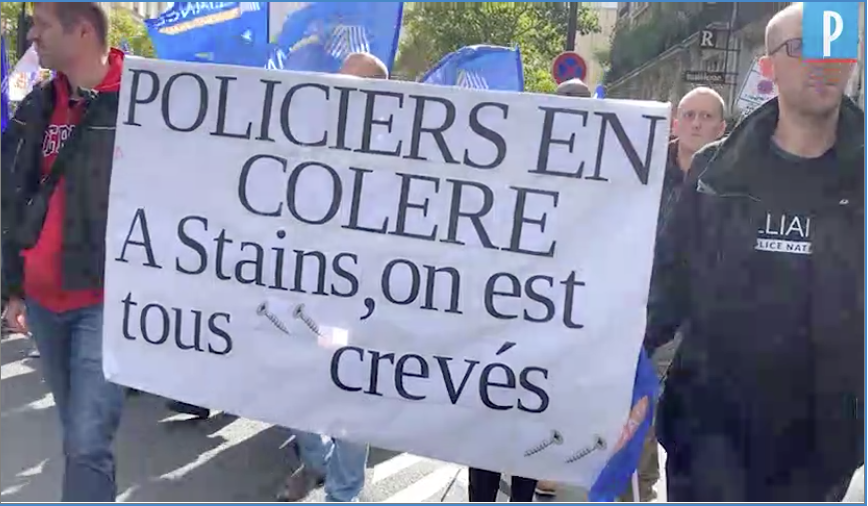 Since last November, police repression against the Gilets Jaunes has been undertaken with utmost brutality leading to thousands of arbitrary arrests and detentions.

The leader of the Yellow Vests Eric Drouet was present on the sidelines of the police protest movement, while underscoring and condemning the acts of police violence directed against the Yellow Vest movement. (RT)

A contradictory process is unfolding. The French police are both the protagonists as well as the victims of the French government’s “dirty economic medicine”.

The police officers say that that they have been abandoned by the government. But so has everybody else. And the French government, which is committed to neoliberal economic policies, desperately needs the police to repress the legitimate demands of French citizens. Without the police state apparatus, the enforcement of these deadly economic reforms fall flat.

There are no doubt many police officers who are in favor of the demands of the Gilets Jaunes but who fear reprisals from their commanding officers.

Our message to France’s police officers: if you want to effectively confront the Macron government, refuse to repress the Yellow Vests, put an end to arbitrary arrests.

Enter into dialogue with the Yellow Yests.

If you want to get higher salaries and better working conditions, join the mass movement against the French government.

Exercise your constitutional mandate of “guardiens de la paix” (guardians of peace) in response to a government which has violated the very foundations of French democracy.

COVID-19: Closing Down the Economy Is Not the Solution [VIDEO] 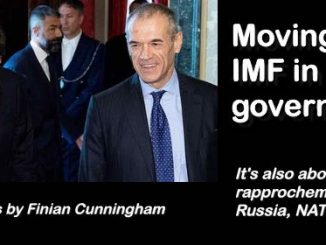