The rule of Ukrainian President Petro Poroshenko is on the brink of collapse, former PM Nikolai Azarov says, noting a growing dissatisfaction with Poroshenko among the Ukrainian elite and his cabinet’s failure to improve the economy.

“Everything is heading in the direction that the regime of Petro Poroshenko (pictured below) is nearing its end, changes are likely to happen soon,” Azarov, now living in exile in Russia, said in an interview to Russian Izvestia on Thursday. 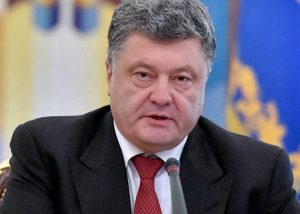 Azarov cited, among the reasons, persistent calls by several major factions of the Verkhovna Rada (the Ukrainian Parliament) to introduce a provision in Ukrainian law that would allow Poroshenko to be impeached. The bill was initially proposed by former PM Yulia Timoshenko’s party and backed by at least three other groups of lawmakers. The latest party to join in the demands is the Radical Party faction chaired by Oleg Lyashko, a populist politician with strong support among Ukrainian nationalists.

At present, there is no applicable law in Ukraine regulating impeachment proceedings.

In addition to the brewing discontent among his former allies, Poroshenko faces popular disapproval, Azarov said, adding that the economic situation in the country is taking a toll on ordinary Ukrainians.

Azarov fled to Russia in the aftermath of the Western-backed coup in Ukraine that ousted the democratically elected government of President Viktor Yanukovich (pictured) amid a wave of violent protests,

spearheaded by Ukrainian nationalists. The events sparked popular unrest in eastern Ukraine that resulted in an ongoing military standoff between the breakaway republics of Donetsk and Lugansk and the authorities in Kiev.

Azarov also said that though he would like to return to Ukraine, it is not a viable option at the moment, as his home country has been overrun by “terror, clampdown on dissidents, reprisals against opposition.”

“It is not possible to do it legally at the moment,” he said.

The former PM added that no political ambitions are attached to his desire to return to his home country.

“I don’t think about any posts, I think about the restoration of a constitutional order in Ukraine and that it will be possible to return without fear of the political persecution that is now underway against my friends and colleagues,” he told Izvestia. 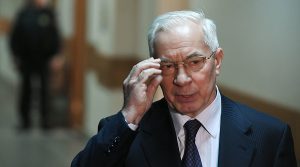 While in self-imposed exile, Azarov (pictured) founded the Committee for the Salvation of Ukraine, and last December won a lawsuit in a Moscow court which recognized the February 2014 events in Ukraine as a coup d’état. 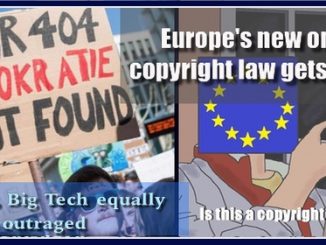 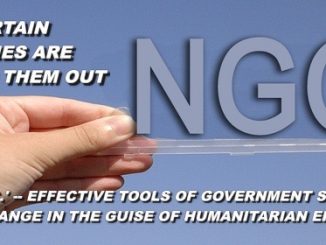 NGOs: Choice Tool of Subversion for the New World Order