The former Managing Director of supermarket chain Lidl has admitted that mass migration has helped keep wages low. As many on the pro-Brexit side have pointed out for a while, EU open borders screws British workers.

Ronny Gottschlich told the BBC’s Wake Up to Money that the grocery retail sector currently depends on a foreign workforce and that if numbers were cut, “this would ultimately lead to higher wages”.

He warned that if there were fewer EU workers, “your cheap labour falls away”, meaning an increase in pay whilst also triggering food inflation.

More limited access to migrant labour would mean companies would need to offer a  “higher wage” to attract employees from Britain to work in stores.

The BBC report underlined how access to cheaper labour from the EU has ‘kept a lid on wages’ and has helped to limit the rise of wages for supermarket wages. That could now end if the government deliver a cut in levels of migration post-Brexit.

Louise Cooper, a financial analyst who was presenting the show, concluded: “Don’t underestimate quite how damaging low wages have been.”

“They have slightly ticked up, actually, in the last three months – first time since the crisis hit that we’ve had three months of wages going up more than 3%.

“They think wages going up would be a great thing, and probably would be a good thing in terms of consumer confidence and consumer spending.”

The UK recently saw the number of EU workers fall by 132,000 in one year leading to higher wages due to a tightening labour market.

Recruitment and Employment Confederation and KPMG have found a “dwindling supply of EU workers” resulted in “wages pushed upwards and a trend of canny workers job-hopping to secure a pay rise”.

As left-wing Brexiteer Paul Embery writes: “In this interview the former boss of Lidl openly admits that free movement laws allowed his company to reduce the wages of workers.

“Free movement is a bosses’ dream – as some of us have been arguing for years. But we’re just racists and bigots, of course.”

The government now need to deliver a cut in migration down to sensible levels to give British workers a pay rise. 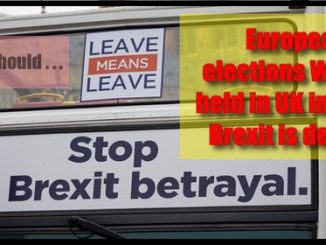 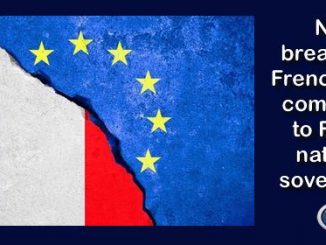 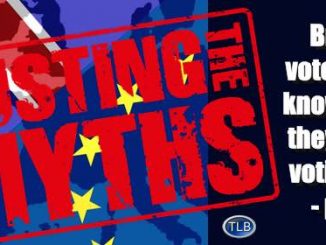