ER Editor: We also recommend this article, with links to other articles, published yesterday titled Finland’s Grooming Gangs – Another Rotherham?

Some of 65 percent of respondents polled by Helsingin Sanomatbelieve that “the different culture and religion of immigrants” were the most important reasons for the increase in sex crimes in the Nordic country.

Several migrants are currently being investigated for sex crimes involving girls as young as 10 in the northern Finnish town of Oulu, as FWM reported earlier. At the beginning of the year, in January, similar cases were reported in the country’s capital Helsinki.

According to Helsingin Sanomat, a disproportionately large number of sex offenders are migrants. The Finnish daily commissioned the poll ahead of the general election. Sex crimes linked to immigration have become a major campaign issue since the events in Oulu, deeply dividing Finnish society.

“Asylum seekers” participating in the government’s ESIKOTO project were invited for “integration and multiculturalism” visits to such facilities, but Finnish officials have placed a moratorium on the visits.

Due to a series of investigations into local sex gangs involving children being exploited by adult migrants, the “integration” programme has been put on hold. Oulo police are currently investigating at least 10 cases of sexual assault against girls as young as 10 by migrant men who recently arrived in Finland as “asylum seekers”.

“We have agreed with the organisers that no such visits will take place currently,” said Mika Penttilä, Oulu’s Head of Education and Cultural Services. Penttilä, who also serves as head of the Oulu City Immigration Steering Group, told Finnish broadcaster YLE: “People have approached us about these visits to find out whether they pose a security risk.”

He said: “The project really ended last year. We have now informed our partners that we are not taking asylum seekers when this is the situation.”

Deputy Police Chief Arto Karnaranta told YLE that sex offenses in Oulu have risen by 20 percent from 2017 to 2018, with foreigners being over-represented in sexual crimes.

According to Karnaranta, young boys could be subjected to the same abuse as well.

Investigative British journalist Katie Hopkins visited the country last month. “I am frightened for the children of Finland,” Hopkins tweeted during her visit. “Finnish bureaucrats have their heads in the sand, pretending they don’t have a grooming gang problem, delivering no action whatsoever. The State broadcaster YLE News did not air our interview.”

Orbán: ‘Sanctions Were not Decided Democratically’ 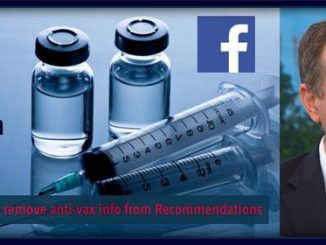