British Prime Minister Theresa May has insisted that she is ruling out a second vote on Brexit — the “exit” of the United Kingdom from the European Union — saying it would constitute a “betrayal” of the vote in June 2016 taken by the British people. May was responding to the chorus of “Remain” advocates who wish to continue in the EU, and surprisingly, to Nigel Farage (shown), who told the television show The Wright Stuff late last week that he also favors a second Brexit vote.

It was unclear whether Farage was serious, or whether he was bluffing. Farage was formerly the leader of the U.K. Independence Party (UKIP) and was a leader in the “Leave” movement that pushed for Britain to exit the EU. “Maybe, just maybe, we should have a second referendum,” Farage said in a tweet to his 1.1 million followers.

Farage argues that a second vote would settle the question. “I think if we had a second referendum on EU membership,” he told The Wright Stuff, “we’d kill it off for a generation. The percentage that would vote leave next time would be very much bigger than it was last time.” Perhaps, but Farage seems to be playing a dangerous game here.

Advocates of a second vote welcomed Farage’s comments. They have been predicting chaos and economic disaster for Britain since the Brexit vote. “Leave” supporters called these predictions by the “Remain” side “Project Fear.” Among those who are arguing for a second vote, apparently insinuating that the British people were misled in the first vote, is former Labor Prime Minister Tony Blair. Fortunately, if anything, Blair’s support for continued British membership in the EU could be a detriment to the pro-EU cause in Britain, as Blair is very unpopular in the U.K. Andrew Adonis, a Labour member of the House of Lords, appeared particularly happy with Farage’s remarks. “So Nigel Farage wants a referendum on Mrs. May’s Brexit deal. I agree. Bring it on!”

What is clear is that Prime Minister May is expected to conclude a final Brexit deal with the EU, and about one-half of Britons favor a referendum on that deal. But that could include both “Remain” and “Leave” voters, who simply want a say on the final deal.

A poll by the Independent in December revealed that a majority of British voters say that they wish to remain in the EU, but one must remember polls in the lead-up to the June 2016 Brexit vote indicated that Brexit would fail, keeping Britain in the EU.

The vote to leave the EU is considered one of the biggest defeats ever suffered by the globalist elites who see the EU as part of their strategy. If another major country — such as Italy or France — were to follow the British in leaving the EU, the EU would almost certainly be dead. When I was at the Republican National Convention in the summer of 2016, I spoke with a couple of reporters with the Economist, a globalist publication based in the United Kingdom. They were adamantly for Britain remaining in the EU. They dismissed my arguments that such regional governments decreased individual liberty, insisting that increased government regulation of the economy was inevitable, regardless of Brexit.

The EU began as the European Coal and Steel Community, a “free market” deal simply to facilitate the exchange of coal and steel. As time passed, however, the deal evolved into the so-called Common Market, the European Economic Community, and finally the European Union. Increasingly, the EU

has bullied member nations into accepting dictates by bureaucrats out of Brussels, Belgium, even in purely domestic non-trade policies. The overbearing attitude of the EU finally precipitated the decision of the U.K. to withdraw from the European super-state.

“No, no, no!” then-British Prime Minister Margaret Thatcher told the House of Commons in 1990, to a proposal for a more centralized government in Europe. Despite her having led the Conservative Party to its longest tenure of power in decades, by winning three national elections, she almost immediately faced a rebellion, and eventual ouster from within her own party.

What happened to Thatcher demonstrates the immense power of the elites who favor globalization.

It is a powerful lesson that should inform Americans that they need to leave NAFTA rather than negotiate a “better deal.” Agreements such as NAFTA tend to grow into bureaucratic regimes that reduce the national sovereignty of member nations, and likewise reduce the ability of the people to rule themselves.

Because of this, Farage should also be careful of playing “chicken” with these globalists. While a second referendum might kill off British membership in the EU “for a generation,” their ability to manipulate public opinion should not be taken lightly. 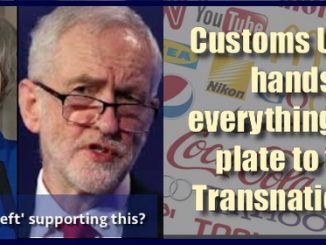 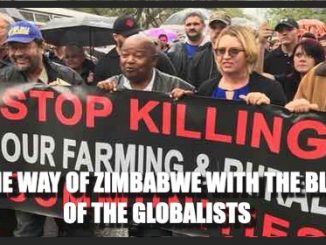 Is There a Plan in South Africa to Take White Farms, Kill White Farmers?