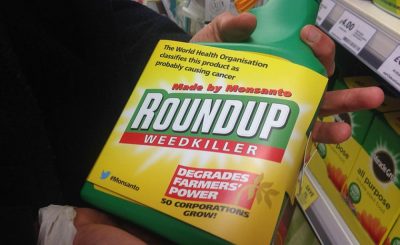 A qualified majority of EU countries agreed the reauthorisation of Europe’s most used weedkiller, glyphosate, this week. After months of wrangling and a failure by EU nations to agree on its fate, the Appeal Committee, consisting of experts from EU countries together with the European Commission, agreed to renew the license for this toxic herbicide for another five years.

Eighteen countries, including the UK, voted in favour of renewing the chemical which is linked to cancers and other health problems and to damaging biodiversity and soil health.

This renewal occurred despite the fact that the European Parliament recently voted for a five-year phase out and almost one-and-a-half million EU citizens have signed a petition against glyphosate. As to the events that have led to this relicensing, they are nothing short of scandalous.

Patented by corporate giant Monsanto in 1974, glyphosate has continued to grow in use globally over the past couple of decades. Government figures show its use in UK farming has increased by a shocking 400 percent in the last 20 years.

Until recently, the chemical was commonly thought to be safe for human consumption. Alarm bells started to ring in 2015 when the UN Cancer Agency (IARC) declared glyphosate as ‘probably carcinogenic’.

In the US, a group of plaintiffs are suing Monsanto for covering up evidence that they believe explains why many of them are suffering from non-Hodgkin’s lymphoma after exposure to the herbicide. Monsanto have in turn waged war on the plaintiffs using the wide range of legal, financial and political armoury available to them.

But it’s not just in the US that Monsanto has been covering up foul play. The EU Food Safety Agency (EFSA) recently released a report deeming glyphosate ‘unlikely to be carcinogenic’ prompting a sigh of relief from farmers and agribusinesses across the EU.

Yet it has left many asking why there are conflicting verdicts from the EFSA and UN? While EFSA have been refusing to release the studies used in their research, there is strong evidence to suggest Monsanto have been ghost writing studies for them; a clear conflict of interest. But it gets worse.

Speaking at a hearing on glyphosate in the European Parliament last month – which Monsanto refused to attend – Dr Christopher Portier, a leading environmental and health expert on causes of cancer, questioned whether sufficient scientific studies have been carried out on the possible health impacts of glyphosate.

Yet he is being slandered as ‘anti-science’ and a ‘fake’ by Monsanto and its affiliates. This smear campaign has also stretched beyond Dr Portier, and is being levelled against the UN IARC itself, with baseless accusations that the agency “edited out non-carcinogenic findings” from its study in 2015.

It all demonstrates that corporations like Monsanto will readily resort to insults, defamatory remarks and falsehoods in an attempt to destroy the work of scientists when and where this threatens their interests.

Glyphosate is present in a large amount of the foodstuffs that we consume every day. It is commonly used on wheat crops and Defra found traces of glyphosate in 60 percent of bread in the UK. Traces have also been found in animal products such as meat, milk and eggs. Worldwide usage has increased more than 20-fold since 1990.

Glyphosate is a classic example of why we need the precautionary principle, something enshrined in an EU Treaty, but recently rejected as an amendment to the EU Withdrawal Bill. If you boarded a plane and heard one announcement that it was safe and ready for take-off followed by another that the plane was experiencing technical difficulties, you would probably choose not to fly until you were absolutely certain that the plane was safe.

Those of us that support enforcing the precautionary principle on products that we don’t know are absolutely safe for human consumption are often branded as ‘anti-science’.

There was evidence of this recently when the EU Commissioner for Health and Food Safety made an outlandish outburst during an Agriculture Committee meeting, accusing Greens of fighting against science.

In reality, it is Greens who have been demanding more, not less, science and that only peer-reviewed research be used in decision-making. We have also called for more public funding and support for independent research, which is so vital if we are to uphold any credibility in our public institutions.

In the absence of a Europe-wide ban, glyphosate is forecast to be worth USD 9 billion by 2024. The decision to reauthorise glyphosate confirms the profound influence and power agrichemical corporates have over our public institutions and policymakers. Governments and the Commission have cracked under the intimidating pressure of Monsanto and other giant corporations.

It is time to weed out the poison from the Commission and its Agencies and root out corporate lobbyists who are having such a huge influence on EU governments. They are working against the interests of public health and environmental protection. A failure to do so will mean we continue to quite literally poison European citizens for years to come.

ER recommends other articles by Global Research, and The Ecologist where this article originally appeared

Molly Scott Cato is Green MEP for the South West and sits of the European Parliament’s Agriculture Committee. She tweets at @MollyMEP. 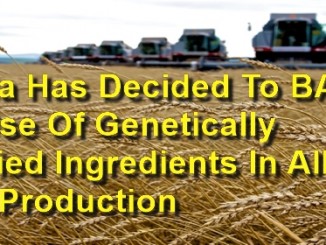 Glyphosate Is Worse than We Could Imagine. “It’s Everywhere” 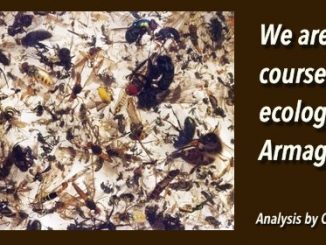