Facebook has decided to make it easier for Snopes, Factcheck.org, ABC News, the Associated Press, and PolitiFact to flag “fake news.”

What this means is alternative news stories the establishment decides are fake will be pushed down in the Facebook newsfeed. 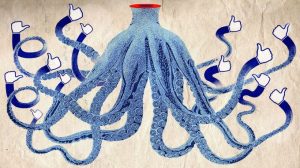 “Facebook is giving fact-checking organizations a kind of power they’ve never had before: the power to publicly brand other websites’ stories as ‘disputed’ and push them down in Facebook users’ newsfeeds,” reports Vox.

PolitiFact has been accused of bias and serious errors in judgment by critics on the right and left.

The Knight Foundation, one of PolitiFact’s largest donors, gave $200,000 to the Clinton Foundation. Knight also funds the Poynter Institute for Media Studies, a journalism school owned by The Tampa Bay Times newspaper.

It was also reported the International Fact-Checking Network financed by George Soros will be involved with the Facebook effort. It is hosted by the Poynter Institute and also funded by the Bill & Melinda Gates Foundation, Google, and the National Endowment for Democracy. NED’s founder said the organization does what the CIA did in the old days, namely take down disfavored governments and produce propaganda.

Poynter also gets money from the Omidyar Network run by the billionaire eBay founder Pierre Omidyar.

The Omidyar Network has teamed up with Soros’ Open Society on projects and given grants to third parties using the Soros-funded Tides Foundation. Tides underwrites numerous progressive causes.

Facebook will soon begin relegating alternative news stories to the bottom of the newsfeed where they are less likely to be viewed on the recommendations of these biased and establishment-linked organizations.

This will be a significant development for many alternative media websites. For instance, my website receives a large share of referred traffic from Facebook. If Facebook users do not see my stories in their newsfeed, a lot less traffic will be driven to my website and this is exactly what Soros and the establishment want.

Kurt Nimmo is the editor of Another Day in the Empire, where this article first appeared. He is the former lead editor and writer of Infowars.com. Donate to ADE Here. 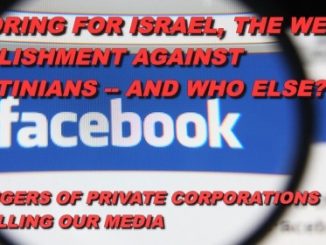 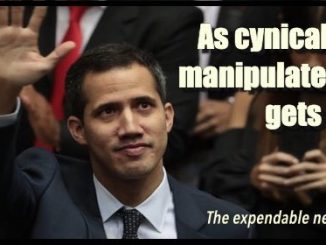 The Making of Juan Guaidó: How the US Regime Change Laboratory Created Venezuela’s Coup Leader 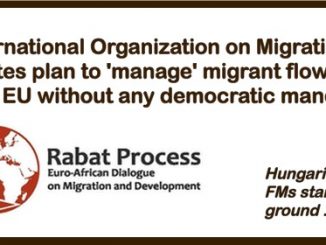