ER Editor: Has Iran been experiencing public protests that are fomented by the Soros gang we wonder. Notice Metsola’s curious use of the word ‘legitimate’ as in ‘legitimate protests’. Why wouldn’t they be legitimate? Has Iran become another Ukraine, for western overthrow? Seems like the D.S. is going the whole hog.

Cutting ties doesn’t seem smart when Iran wants to join BRICS. When in fact most of the world wants to join. The EU is just backing itself into pointless isolation, which the D.S. wants of course.

Many thanks to our friends at AlethoNews for the featured image.

European parliament severs ties with Iran over sanctions against EU

In response to continuous European sanctions against Tehran, the Islamic Republic has responded with its own in the hopes of countering foreign hostility 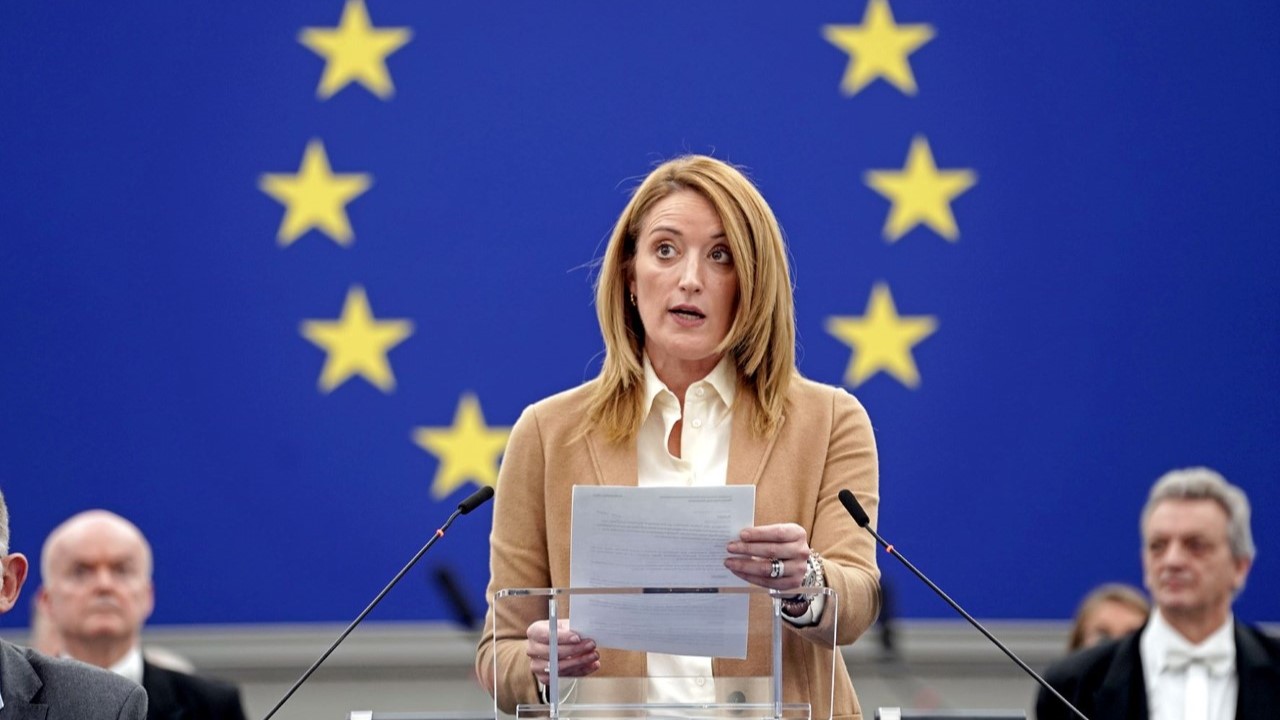 The EU parliament announced on 21 November its decision to sever ties with Iran.

The announcement comes in response to the Islamic Republic’s recent decision to place sanctions on the European governing body, which has been slapping its own sanctions against Tehran throughout the ongoing unrest in the country.

“We will not look away from those who look to us from the streets of Iran. Iran must stop its oppression of legitimate protests. In response to Iran’s [sanctions] on members of the European Parliament, [it] will no longer engage with Iranian authorities,” President of the EU parliament, Roberta Metsola, said in a statement via Twitter with the popular Iranian protest slogan “Women, life, freedom” written in Persian at the end of the tweet.

We will not look away from those who look to us from the streets of Iran.

Iran must stop its oppression of legitimate protests.

In response to Iran sanctioning MEPs, @Europarl_EN will no longer engage with Iranian authorities.

At the opening of its November plenary session on the same day, Metsola said that there would be “no direct contract” between the parliament and Iranian officials “until further notice.”

As Iran continues to face large waves of violent riots – which have resulted in the deaths of several members of the security forces and the destruction of public property – western media has framed the response by authorities as nothing more than a brutal crackdown on peaceful protestors.

In addition to the propagation of misinformation by mainstream, western European media, the EU has repeatedly placed several rounds of sanctions against Iran.

Accusing European states of interventionist policies and “supporting terrorism and violence” on Iranian soil, Tehran on 26 October announced the implementation of its own sanctions against several individuals and institutions associated with the EU.

Earlier that month, the Islamic Republic had sent several letters to European diplomats warning them that the aggressive EU sanction policy against Tehran could result in a “rupture” of relations between them.

As European, Saudi, British, and US media outlets lead the misinformation campaign against Tehran, violent attacks against the country’s security personnel are on the rise, and internationally-backed armed separatists continue to push for the illegal overthrow of the Islamic Republic.