A riveting — thanks to its subject — paper was posted the September 4, 2017 on the website of “Institut des Libertés,” the think tank of the great French financier Charles Gave. In it he asks: Does the native population — by which he means the white population — of Europe face extinction?

His answer is “yes”: “It is not good or bad. IT IS”, Gave writes. His basic argument is that with a “native” rate of fertility of 1.4, a “migrant” — by which he means Muslim — rate of 3.4 to 4 children per woman, and taking the initial Muslim population to be 10% of the total, it will take only 30 to 40 years for the Muslim population to become the majority. Indeed, writes Gave, with a “native” rate of 1.4 for a population of 100, after only two generations you merely see 42 “native” children born.

As expected, Gave was almost immediately scorned as a far-right lunatic for having adopted the theory known in France as “le grand remplacement” (“the great replacement”) — of the native population by a new, migrant population. The theory was earlier disseminated by the writer Renaud Camus, who was close to the Front National political party of Marine Le Pen.

In a furious and venomous article about the “foolish calculations” of Gave, the newspaper Libération — compared to which the New York Times or the Washington Post look honest and balanced — wrote that the Muslim population is not 10% of the French population, but less; that the fertility rate of the native population is 1.8, not 1.4; that the fertility rate of the migrants from the Maghreb is 3.53, not 4 and that the concept of “Muslim origin” is nonsensical.

Who then is right, Gave or his critics?

Let us begin by noting that the observation from Libération is fundamentally weak. Gave writes that the fertility rate of the Muslim migrants is between 3.4 and 4 — not 4, as Libération falsely claims (Gave: between 3.4 and 4, Libération: 3.53, exactly the same). Moreover, nobody knows the exact proportion of Muslims in France — the French State explicitly forbids any kind of religious or racial census — but 10% seems a reasonable and moderate estimate. In addition, Libération misses the only real mistake in Gave’s calculation: with a fertility rate of 1.4 and considering an initial population of 100, no other factors being taken into account, after two generations you do not have 42 children (Gave), but 49 (100 x 0.7= 70 x 0.7= 49, not 42).[1]

That being said, Gave’s paper made a few assumptions with which I would disagree, for instance:

There are, nevertheless, people who define themselves as “former Muslims”, even if they may not be a majority. It does not make much sense, however, to pretend to know 40 years in advance what will be the future of a belief, creed, ideology or cult, especially in Europe and the Western world. As the saying goes, “It is difficult to make predictions, especially about the future.”

Only two or three generations ago, tens of millions of Europeans knelt several times a week in churches to show their adoration of Jesus Christ. Forty years after this religious fervor, almost nothing remains. What we have instead is the well-known phenomenon of “dechristianization”, which has engulfed the whole of Europe.

Yet, despite a few differences, there is truth in Gave’s paper. Bluntly put, Europeans are not making babies anymore. And this has nothing whatsoever to do with Islam; this “malady” is entirely self-inflicted.

In his book, The Population Bomb, published in 1968, the American biologist Paul Ehrlich wrote that the best method to reduce population is the legalization of abortion. And that was without even considering the effect of birth control.

When Europeans began to legalize both birth control and abortion 40 years ago, a few years after Roe vs. Wade (1973), the Catholic Church warned of the risk of Europe entering into a “morbid civilization”…

[1] Actually it’s probably around 45, if you take into account the fact that for a population of 100 you have 48 women able to procreate. See the book of the demographer Jacques Dupâquier, “Ces migrants qui changent la face de l’Europe” (with Yves-Marie Laulan), Paris: L’Harmattan, 2004. 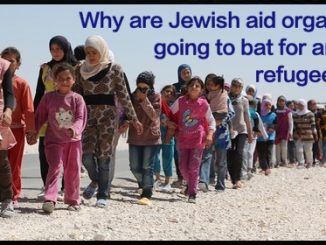 Trump’s Futile Efforts for the Jews 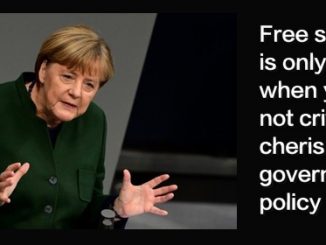 Germany’s Jihad On Freedom Of Speech 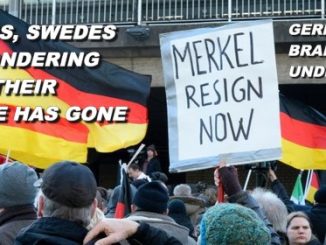