ER Editor: We’re venturing into Le Figaro territory here to reveal the foot that Macron’s Minister of Housing, Emmanuelle Wargon, put in her mouth recently. Wargon clearly wants more of the Agenda 2030 stack’n pack living for the French, who evidently don’t want it for themselves. Always, of course, with the excuse of ‘sustainability’ and ‘the climate’.

While we are not for massive expansion into the countryside, France clearly has a lot of land it could develop for civilised residential living instead of encouraging more of the Paris-style way of life, which is an overpopulated, polluted hell-hole with millions piled on top of each other in densely populated apartment areas.

Let’s not forget that free-standing housing has always been an aspiration for most people, and is way to usefully invest income while having something to pass onto one’s children.

Which must be quashed by the Commies in bespoke suits of the French government, of course.

End of the individual houses: the Minister of Housing creates the polemic

Emmanuelle Wargon, who described single-family homes as “ecological, economic and social nonsense”, has gone back on her words.

The ideal of the French is the individual, free-standing house, but not of the Minister of Housing it seems.

Three quarters of them are in favor of it, according to a consultation conducted by the Ministry of Housing. If possible with a garden, a terrace or a balcony. But only 55% of owners (58% of the French) have one. The dream is often confronted by the hard reality: prices are so expensive that many households cannot afford their ideal home.

An aspiration reinforced by the Covid crisis. The French want to make their home a cocoon, even if it means that the cities spread out. To the great displeasure of the government which supports, on the contrary, the densification of cities. And the Minister of Housing, who wants to see collective housing flourish, has made this known to professionals. For Emmanuelle Wargon, individual houses, “this dream built for the French in the 70s”, “this model of urbanization that depends on the car to connect them”, are an “ecological, economic and social nonsense”, she said in a speech Thursday. “The model of the pavilion (ER: French word for free-standing house) with garden is not sustainable and leads us to a dead end,” the minister said.

On Friday evening, the minister went back on her words, regretting “the caricature made of her words” on single-family homes. “There is no question of ending the single-family home. Yes, many French people dream of the single-family home because it is a promise of comfort, space and tranquility. No one wants to stop them or dissuade them from doing so. They are also looking for local services. However, subdivisions on the outskirts of cities do not always provide access to these services and contribute to a feeling of exclusion. We must therefore rethink our urban planning models,” she said (see below).

Translation: Emmanuelle Wargon on individual houses: “I understand very well that certain French listening to this could be shocked”

Translation: [update] I repeated very clearly: it is not a question of finishing with individual houses. I regret how my words have been characterized, which doesn’t reflect the substance of what I said yesterday.

The Minister of Housing owns a house…

The damage was already done. Her first statement obviously did not go unnoticed by construction professionals who deplore a “persistent stigmatization of individual housing, contrary to the aspirations of the French. Leave the French alone,” reacted Damien Hereng, president of the French Federation of individual house builders (FFC) (ER: which is a translation of the tweet below). “Wanting to crowd the French in collective housing at the doors of the metropolises pays little regard for the desires of the majority of our fellow citizens”. “When 75% of French people are in favor of houses, this is a strange conception of tomorrow’s housing and of the happiness of the French,” says Grégory Monod, president of the Pôle Habitat-FFB. “It’s a shame that the minister wants to end with the houses, she who owns one (of 150 m² in Saint-Mandé, in the Val-de-Marne, according to his statement of assets, NDLR)! (ER: This would be a fairly expensive piece of real estate being just on the edge of Paris proper, just within the Ile de France metropolitan area.)

The minister assumes this opposition to the aspirations of the French. “We are facing a climate emergency that cannot be negotiated,” says Emmanuelle Wargon, pointing to their “contradictions”. The French want individual houses and at the same time more space. The minister assures that “it is not a question of giving up housing the French but of doing it differently”. By respecting a principle: the “happy” intensity. Namely a “housing density that creates dynamic, lively and warm neighborhoods”.

Where is the lack of supply?

A density of housing coupled with a restraint on land and quality housing (environmental, aesthetic and use). “We already do it,” retort the house builders. “Individual housing has undergone many changes over the past several decades, both in terms of land restriction, density and architectural quality, as well as energy and environmental performance, with the use of bio-sourced materials for example,” says Gregory Monod. “The government leaves it to modest households, as the only hope, the social housing since the getting into collective housing is inaccessible financially”, deplores Damien Hereng who says he is “revolted”.

The FFC deplores a “frontal charge” from Emmanuelle Wargon. The government’s opposition to houses is not new. Two years ago, Julien Denormandie, Minister of Housing at the time, had made his “political choice”, having discouraged the construction of individual housing for the benefit of the revival of city centers, in decline. A choice contradictory with the famous supply shock promised by Emmanuel Macron 4 years ago, to make real estate prices lower. And that we are still waiting for. 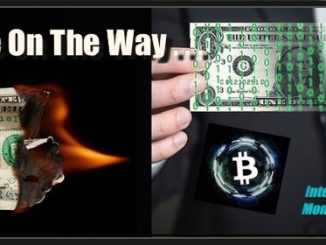 Will The Globalists Sacrifice The Dollar To Get Their ‘New World Order’?