ER Editor: See this video transcript we published yesterday of an interview with Dutch journalist Eric van de Beek, who has extensively covered this case, with introductory comment by Michel van der Kemp. The interview explains in some detail the various ways in which the ‘evidence’, such as it is, does not point to the culpability of the men named as defendants in the case.

We’re choosing to publish the Russian response to the trial verdict, which we feel is entirely fair.

Happily, the men found ‘guilty’ are not going to be extradited. Presumably they won’t have to pay out millions they don’t have in reparations, either. But it’s certainly become another ‘get Russia’ moment, yet again to the West’s discredit.

The Hague District Court has found three people guilty in the high-profile case of Malaysian Airlines Flight MH17, which was downed amid hostilities in the east of Ukraine in 2014. Russia has criticized the Dutch-led investigation and prosecution as not objective.

One of the men accused was acquitted due to lack of evidence, but three were sentenced to life in prison, partly due to their “detestable” attitude towards the trial, Judge Hendrik Steenhuis said. All four were tried in absentia.

The prosecutors had made a compelling case proving that the four defendants were involved in the downing of the aircraft, the court announced during proceedings at the Schiphol Judicial Complex (JCS) in the Dutch town of Badhoevedorp. The trial started in March 2020, with charges of murder and destruction of a civilian aircraft leveled against the defendants.

The court said it didn’t believe that the accused individuals had intended to shoot down a civilian aircraft, believing instead that they were firing at a military target, but that their actions were criminal nevertheless. Steenhuis noted that it was impossible to tell who actually gave the order to fire the missile.

The judge also said the three men found guilty will be liable for more than 16 million euros in compensatory damages to the victims’ families. This would be regulated by Ukrainian rather than Dutch law, except for the provision excluding same-sex partners from eligibility, he added.

The Malaysian Airlines flight was shot down as it flew over eastern Ukraine in July 2014. All 298 people on board were killed. The incident took place at a time when Ukrainian government forces were engaged in fierce battles against rebels (ER: Donbass residents) who opposed the outcome of an armed coup in Kiev.

Two of the regions in eastern Ukraine eventually declared independence and formed the Donetsk and Lugansk People’s Republics, which, together with two other former Ukrainian regions, ended up being accepted into Russia after referendums earlier this year. The two nations are currently engaged in large-scale hostilities.

The four defendants in the trial were Russian nationals Igor Girkin, Sergey Dubinsky, and Oleg Pulatov, and Ukrainian Leonid Kharchenko, all of whom held leadership positions in the anti-Kiev militias. All four denied the allegations against them and were tried in absentia. Prosecutors requested life sentences for the defendants. Pulatov was the only person on trial who chose to be represented by a lawyer. He was found not guilty.

The Dutch case relied to a certain degree on materials provided by Ukraine’s security service, the SBU. The court acknowledged that the source of the evidence was not impartial, but said it found no proof of any tampering.

Kiev and its Western backers blamed the shooting down of MH17 on Russia, claiming that it provided air defense systems to the rebels, who mistook the civilian airliner for a Ukrainian military aircraft and fired from a Buk launcher at it.

Moscow said Ukraine possessed the same type of weapon system and could have fired at the Boeing airliner. It also stated that the probe neglected to include evidence that contradicted prosecutors’ claims and should have also taken into account Ukraine’s failure to provide raw radar data from the day of the tragedy. Kiev claimed the information was not available.

Alamaz Antey, the Russian producer of the Buk system, released its analysis of the incident. It concluded that the missile that downed flight MH17 likely came from a position held by Ukrainian troops and couldn’t have been fired from the rebel-held territory that was pinpointed by investigators. The company, which carried out a range of experiments in 2015, maintained that the plane was shot down by an older version of the Buk missile, which wasn’t used by Russia but remained in service in the Ukrainian military.

The court ruled that the assessment by Almaz Antey was not verifiable and thus not admissible. The company is owned by Russia and thus its opinion may not be reliable, the court believes. It stated that it had investigated alternative scenarios of the events on its own and found them implausible.

The Russian Defense Ministry claimed that serial numbers found on fragments of the missile found at the scene identified it as coming from Ukraine’s stockpile.

The decision taken on Thursday by a Dutch court on the MH17 plane crash was absolutely political, the Russian Foreign Ministry has insisted in a statement. Earlier in the day, judges found three people guilty of downing the Malaysian passenger jet over Ukraine in 2014.

A court in The Hague found two Russian nationals – Igor Girkin and Sergey Dubinsky – as well as a Ukrainian citizen Leonid Kharchenko guilty of downing the commercial flight. All the three were sentenced to life in prison in absentia. They are also liable for more than €16 million in compensation to the victims’ families.

The Dutch court was “under unprecedented pressure” during the hearings, the Russian Foreign Ministry stated, commenting on the verdict. “There can be no talk of objectivity and impartiality under such circumstances,” it added, pointing to attempts by Dutch “politicians, prosecutors and media to impose a politically motivated verdict” in this case.

Moscow has made it clear that, in accordance with the country’s constitution, it will not be extraditing its citizens.

The court’s decision was based on the conclusions of Dutch prosecutors, which, in turn, were built upon the accounts of anonymous witnesses and evidence presented by the Ukrainian Security Service, which is “an interested party” in the case, the ministry argued. Arguments presented by the Russian side, including data declassified by the Russian Defense Ministry were discarded, it added.

The court was “under unprecedented pressure” during the hearings, the Russian Foreign Ministry stated, commenting on the verdict. “There can be no talk of objectivity and impartiality under such circumstances,” it added, pointing to attempts by the Dutch “politicians, prosecutors and media to impose a politically motivated verdict” in this case.

The Russian military earlier published documents that a missile bearing a similar serial number to the one that was found at the MH17 crash site had previously been handed over to Ukraine.

The fact that Kiev failed to close the airspace over the conflict zone before the tragedy did not receive a proper legal assessment either, the Russian Foreign Ministry argued.

“We deeply regret the fact that The Hague District Court disregarded the principle of impartiality of justice in favor of the current political situation,” the ministry’s statement read.

On Thursday, the Dutch court ruled that Malaysia Airlines flight MH17 was shot down by a Russian-made Buk air-defense missile from a field near the town of Pervomayskoe. Once a town in eastern Ukraine, Pervomayskoe became part of the Donetsk People’s Republic (DPR) after the region declared independence from Ukraine in 2014. The DPR joined Russia following a referendum this autumn.

At the time of the tragedy, Pervomayskoe was controlled by the DPR militias, according to the verdict.

While the three men were found guilty, the court acquitted the fourth suspect, a Russian national identified as Oleg Pulatov. There was not enough evidence to prove that Pulatov was either involved in transporting the Buk system or firing the missile, the judges ruled.

The court verdict came more than eight years after the tragedy. The Malaysian Airlines Boeing 777 was flying from Amsterdam to Kuala Lumpur when it was shot down over Donetsk Region on July 17, 2014.

Moscow and Kiev traded blame over the incident in the wake of the tragedy. A Joint Investigation Team that was tasked with investigating the crash included officials from Australia, Belgium, Malaysia, the Netherlands, and Ukraine but not Russia.

Russia’s Alamaz Antey, the producer of the Buk system, released its own analysis of the incident. The company concluded that the plane was shot down by an older version of the Buk missile, which was not used by Russia but remained in service in the Ukrainian military. 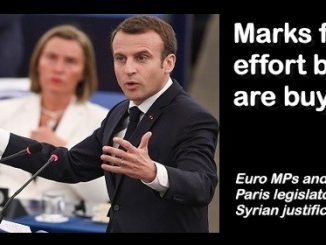 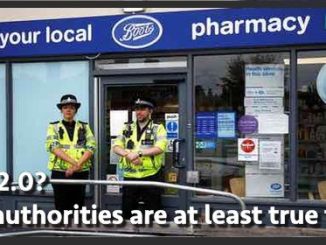