ER Editor: As if we don’t have enough to worry about by having our basic liberties curtailed through legislated lockdown everywhere for what is turning out to be a largely non-threatening virus of dubious, undetermined origin. Dangerous nuclear-style sabre-rattling against Russia right on its very own doorstep has not gone away. On any number of fronts, the times we are living in have never seemed quite so dangerous.

We offer this piece from The Daily Signal titled Massive US Military Exercise in Europe Is Still a Go, Despite Travel Restrictions. We had read somewhere that this major military exercise targeting Russia, especially Kaliningrad, was being cancelled, but apparently not. (See NATO’s Upcoming Exercise Is Targeted Against Kaliningrad.) It is due to begin in May; 20,000 troops deployed from the US were planned to take part, with an additional 9,000 already deployed in Europe, plus 8,000 from other countries. Now it is merely being ‘reduced’. Further,

“This exercise is not a one-off,” Heritage’s Carafano said of Defender-Europe 20. “This will be the new normal. The U.S. has to demonstrate it can reinforce Europe quickly. It’s a key component of conventional deterrence.”

Several independent commentators have already indicated concern that the risk of nuclear war with Russia is being heightened because of this exercise. (See here and here.) Author Manlio Dinucci reveals the very disturbing attitude toward US nuclear first-strike policy of General Tod D. Wolters, Head of the US European Command. And of course, there is radio silence from the MSM.

Given the very real possibility that this virus was deliberately ‘seeded‘ in various locations of geopolitical significance to the psychotic Western powers, the likelihood that Russia will be provoked somehow into pushing the button seems less beyond the realms of possibility.

Doctor Strangelove Takes Care of Our Health. The Real Scenario is Nuclear War? “Senator, I am a Fan of Flexible First-use Policy” 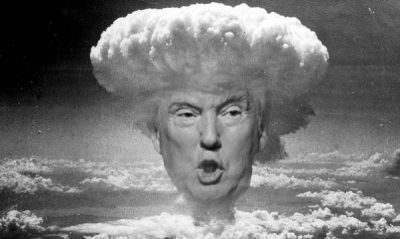 Read this article very carefully. Forward it around the World. Our US foreign policy experts are contemplating NUCLEAR WAR ON A FIRST STRIKE BASIS AGAINST RUSSIA. And the media is telling us folks who are under lockdown that coronavirus is far more deadly than nukes. And yes, of course, we believe you…

“When the Lie becomes the Truth, there is no Turning Backwards” (Michel Chossudovsky)

Faced with Coronavirus “our first concern is to protect the health of our forces and our Allies”- the US European Command declared. It therefore announced it had reduced Defender Europe 20 exercise in number of soldiers. But it will go on anyway.

“Since January the US Army has deployed 6,000 soldiers from the United States to Europe,” with 12,000 pieces of equipment (from personal armaments to tanks), and “soldiers and equipment movement ” from different ports to training areas in Germany and Poland has been completed,” the Command stated on March 16. In addition, 9,000 US service members based in Europe will also be participating in the exercise. Since January, the Army deployed approximately 6,000 soldiers from United States to Europe. It moved approximately 9,000 vehicles and pieces of equipment from Army Prepositioned Stocks and approximately 3,000 pieces of equipment via sea from United States. It also completed movement of soldiers and equipment from multiple ports to training areas in Germany and Poland.

The purpose prospected by the US is “to deploy a credible combat force in Europe in support of NATO”, evidently against “Russian aggression.” The real purpose – we wrote two and a half months ago in Il Manifesto (the only daily newspaper that gave news of Defender Europe 20 at the time) – is to sow tension and feed the idea of the enemy. 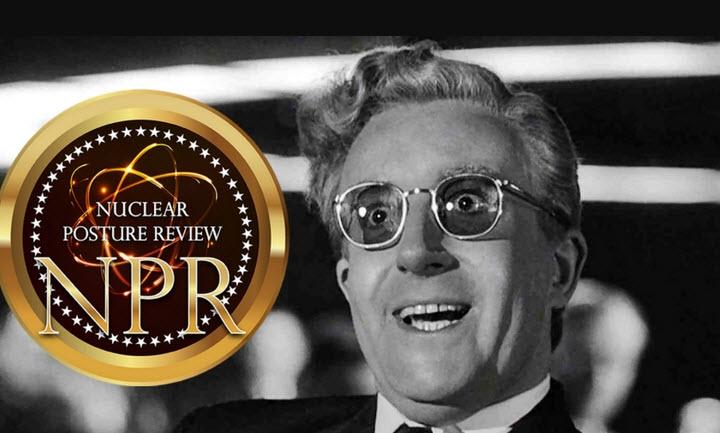 The exercise prospected scenario could never occur, because an armed clash between NATO and Russia would also be inevitably nuclear. This is the real scenario which US forces are training in Europe for. It was confirmed by General Tod D. Wolters (pictured), head of the United States European Command and, as such, he is Commander of U.S. European Command and Supreme Allied Commander in Europe. 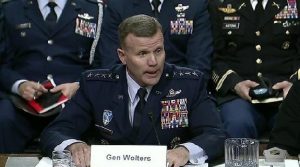 On February 25, 2020, during a hearing in the United States Senate Committee on Armed Services, US Air Force Commander – US European Command, General Tod D. Wolters, declared: “Nuclear forces are the supreme guarantee of the security of the Allies, and underwrite every US military operation in Europe.” This means that Defender Europe 20 is not only an exercise of conventional (non-nuclear) forces, but of nuclear forces. 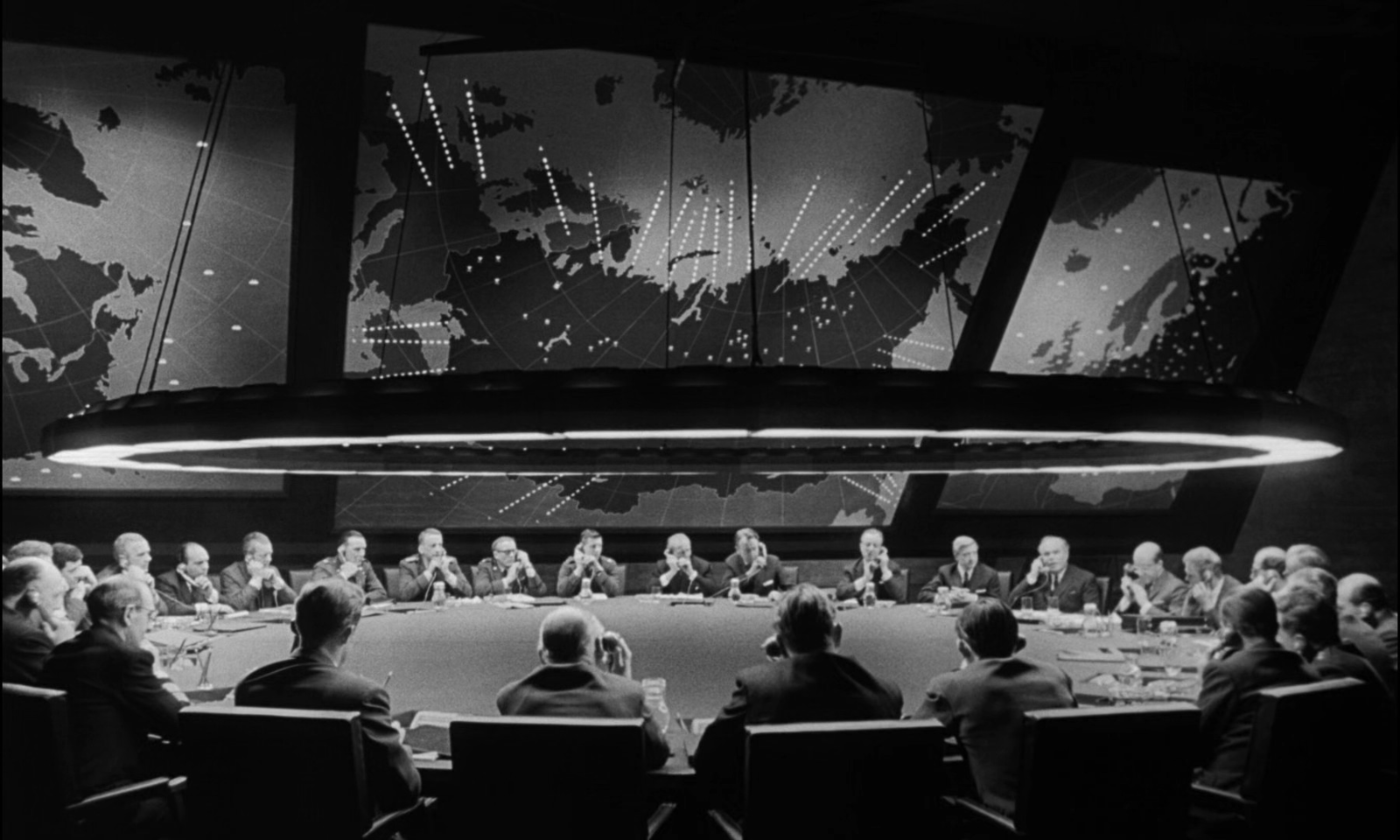 On March 18, it was reported that two US nuclear attack bombers B-2 Spirit, part of the task force that arrived from the US on March 9, flew over Iceland and the North Atlantic this week. They were escorted by three Norwegian F-35 fighter jets.

These two types of aircraft are designed for using the new B61-12 nuclear bombs, which the USA will soon deploy in Italy and other European countries replacing the current B-61s.

In the Senate hearing, General Wolters made clear what role US Nuclear Forces play in Europe. When Senator Fischer asked him what he thought of the non-first-use of nuclear weapons, the General replied: “Senator, I am a Fan of Flexible First-use Policy.” He, who is responsible for US / NATO nuclear weapons in Europe, officially declared that he is a supporter of their first use for the first strike, the nuclear surprise attack on a “flexible” basis.

Faced with a declaration of such gravity, which pushes Russian Generals to put their finger on the nuclear trigger, there is complete silence by Governments, Parliaments and major European media.

“Since 2015 the Alliance placed increased emphasis on the role of nuclear capabilities” and “the European Command of the United States fully supports the recommendations contained in the Nuclear Posture Review 2018 to deploy the W76-2 low-power ballistic missile.”

It is particularly dangerous. “Less powerful nuclear weapons – even authoritative US experts warn – increase the temptation to use them first, they can lead commanders to push because in an attack the nuclear bomb is used knowing that the radioactive fallout would be limited. Instead, it would seem like throwing a lit match in a powder keg”.

This article was originally published in Italian on Il Manifesto. Translated by Jean Toschi Marazzani Visconti

Award winning author and geopolitical analyst Manlio Dinucci is a Research Associate of the Centre for Research on Globalization. (CRG) 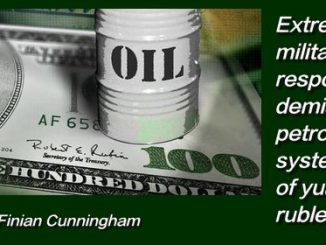 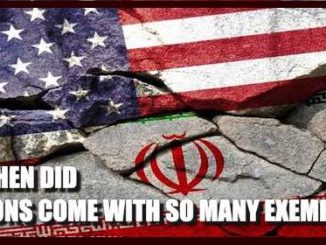 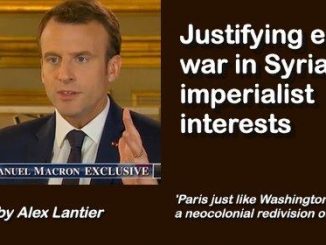