Denmark: “In One Generation, Our Country Has Changed”

Denmark made international headlines in late November 2018, when the Danish government announced a plan to send certain asylum seekers to the small, uninhabited island of Lindholm. The international outrage was intensified when it came to light that the island currently houses a research center for contagious animal diseases; that the ferry which the asylum seekers will be able to take to the mainland during the day (it does not operate in the evening) is named “Virus”; and that the asylum center will be accompanied by a constant police presence on the island.

The group of asylum seekers meant to live in Lindholm consists of criminals of various sorts, including those who have been sentenced to be deported from Denmark, those who are considered a security threat to Denmark, and so-called “foreign warriors”.

The asylum seekers, however, cannot be deported to their country of origin, either because those countries do not adhere to human rights conventions, (which Denmark has signed and by which it is therefore obligated) that prohibit the use of torture, so-called inhumane treatment and the death sentence, or simply because the country of origin refuses to take them back.

The island will undergo a comprehensive renovation, estimated to take nearly three years and to cost Danish taxpayers approximately 759 million Danish kroner (approximately $116 million). Until the renovation is completed, this group of asylum seekers will remain at their current housing facility, an asylum center known as Kærshovedgård, 6 kilometers from the nearest town of Bording. Kærshovedgård, a former prison, was established as an asylum center in 2016.

In the two and a half years since, police have filed 85 charges of violence, threats of violence, vandalism, shoplifting, and drug-related crimes against the inhabitants of the asylum center. The manager of the local supermarket in Bording called the presence of the asylum center “a living hell on earth”. The decision to send the criminal inhabitants of the asylum center to the uninhabited island of Lindholm caused great relief in Bording — an element the international press appears to have missed. Clearly, the right of law-abiding citizens to live in peace does not count for much on the scale of international moral outrage. Now, however, neighbors of Lindholm in the tiny town of Kalvehave on the mainland have voiced their fears regarding the establishment of the asylum center on Lindholm, which they see as merely moving the problem from one area to another. Some inhabitants are talking about putting up cameras, fences, barbed wire and even acquiring gun permits.

Significantly, the outraged international press did not offer any answers to the legitimate question of what governments are supposed to do with hardened criminal asylum seekers, who pose a genuine threat to their surroundings and have been sentenced to deportation, but cannot be deported from the country because of international human rights obligations. The problem is far from a uniquely Danish one: virtually all European countries have signed international human rights conventions that leave them with the same dilemma.

The prospect of inadvertently attracting more foreigners who may prove to be either criminals or security threats, however, did not dissuade Denmark’s Prime Minister Lars Løkke Rasmussen from signing the UN’s Global Migration Compact in December 2018, despite opposition to the initiative in his own government. It was even claimed that computer “bots” had generated the popular opposition against the Compact on the internet. The more likely reason for opposition to the UN Compact is that more Danes have come to acknowledge that migration has led to a number of grave problems in Denmark.

One such problem is the presence of Muslim parallel societies in major Danish cities, a situation that Danish documentary filmmakers already documented in 2016 in an undercover investigation, with hidden cameras, into claims that imams are working towards keeping parallel societies for Muslims within Denmark.

Since then, things have not improved. In February 2018, for example, Danish television station TV2 News visited Vollsmose, a neighborhood in Denmark’s third largest city, Odense, where Muslim parallel societies are prevalent. The television crew spoke to young Somali women in a café, where men and women sit in separate areas. 31-year-old Hibo Abdulahi, who came to Denmark when she was ten years old, said the reason for the self-imposed gender-segregation is that “Those are our rules. Yes, our law… That is Islamic law, men and women do not sit together”. The reporter asked her if that meant that he was not allowed to sit in the women’s section of the café. “Yes, you can sit here, because you are a white person, so you probably don’t know any better”. Hibo Abdulahi apparently did not consider the café part of a Muslim parallel society:

“The café follows Danish law… This is our culture which we lack and miss a little. What is wrong with that? I simply do not understand why we have to become so integrated. Does that mean we should put away all our culture and be completely Danish? I’ve had enough now. I am very integrated, I have many Danish friends, take it easy, let us have something to ourselves”.

Another way Denmark’s landscape has changed is in the increased presence of mosques. “The minaret is first and foremost a symbol”, according to the Turkish Cultural Association, which is behind the building of a Turkish mosque in Århus, Denmark’s second largest city. The mosque’s minaret, a 24-meter-high construction, is visible to visitors to the city when approaching it from the motorway.

Turkey has been extremely active in ramping up its activities in Denmark, apparently as part of Turkish President Recep Tayyip Erdogan’s plan of strengthening Islam in the West. Denmark already has around 30 Turkish mosques out of approximately 170 mosques in total as of end of 2017. In 2006, there were 115 mosques in all of Denmark — an increase of nearly 50% in little more than a decade.

Sweden vaccine passports will ‘probably be required’ for shopping, eating out, travel, meeting loved ones 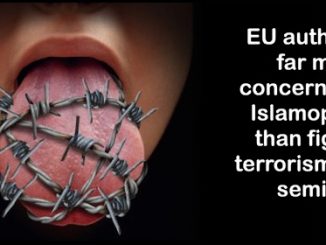