It is a month or so now that Canadians have been fed a sensational story about hundreds of unmarked graves found in British Columbia and Saskatchewan, graves allegedly filled with corpses of the hundreds of children of the indigenous peoples, graves which are – as dramatically highlighted – located in the precincts of Catholic residential (boarding) schools.

All the national news outlets and these from abroad seem to be obsessed with but one story: atrocities of the white man in Canada, trauma of the Indians, who today go by the name of First Nations, writ large, and the empathy offered by all decent people. The United States has its Black Lives Matter, heralding the interests of Africans, now Canada can boast its counterpart: the Idle No More movement, championing for the interests of the descendants of the primordial inhabitants of the country. 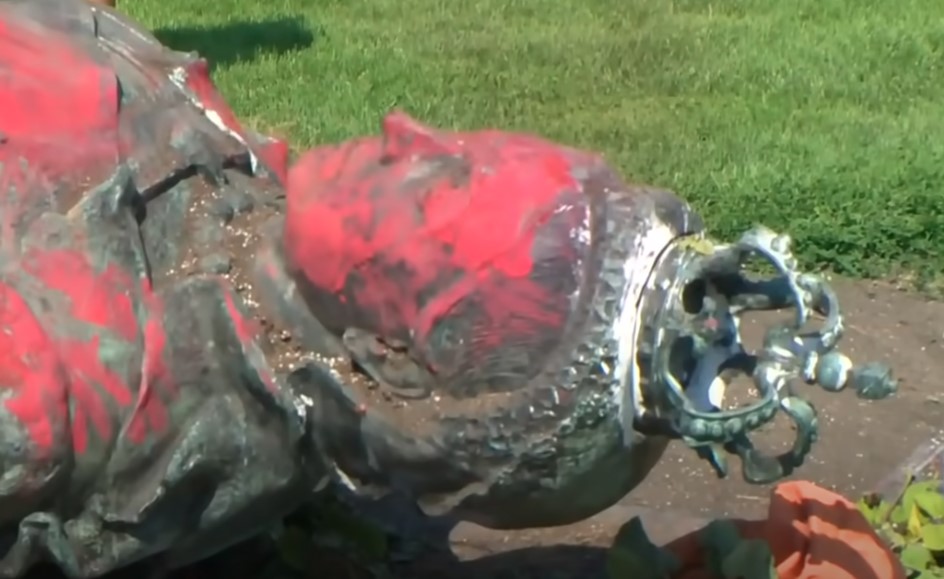 Down with Queen Victoria!

The appalling discovery was made just ahead of the national holiday – Canada Day – and prompted calls aimed at abolishing the festivity or at least changing its character to wit that Canada – at least as we know it today – needs to be cancelled. That’s at least the belief of the Idle No More movement activists. Their leaders exploit all the techniques of disrupting society that have been successfully used in Ukraine, Libya, Yugoslavia or Georgia, to name just a few countries. They 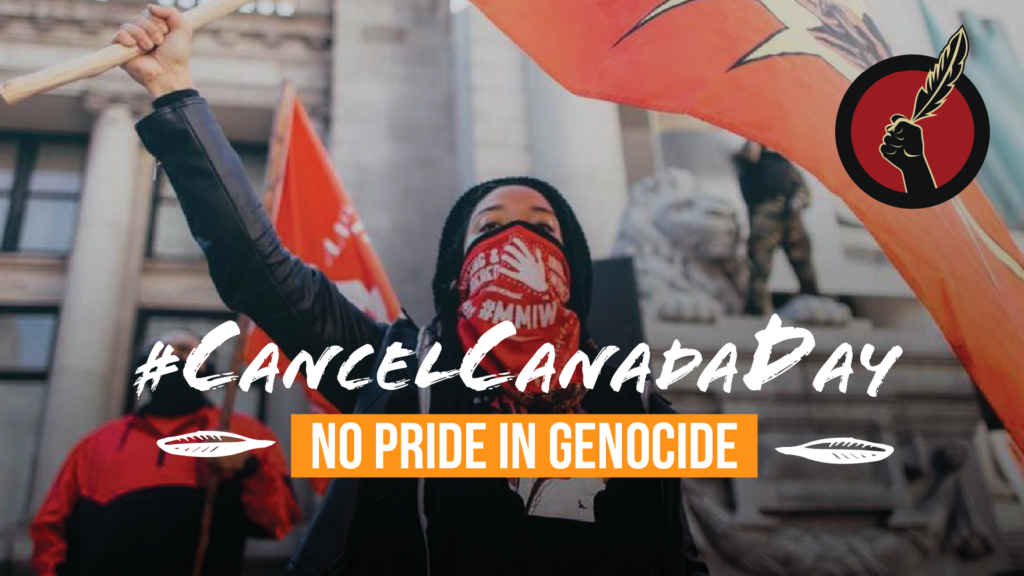 No Pride in Genocide (Source: idlenomore.ca)

The movement receives full favourable news coverage with white sycophantic journalists interviewing representatives of Canada’s indigenous people and subduing themselves to their verdict. No less a word than genocide is used in reference to the hundreds of corpses. People who were once students of schools run by the Catholic Church are described as residential school survivors! Does that not smack of the holocaust survivors? By the way, are the Jewish organizations, otherwise so sensitive to the exceptionality of their historical experience, not protesting against it? In much the same manner the Canadian Indians are talking about third generation survivors, which means they will never run out of them, only the ordinal numbers will change. Those survivors complain about beatings in the said schools. The young gullible viewers probably do not know that beating at school was the norm in the time of their forefathers. But then, what do they know? That is certainly why the whole movement is enthusiastically supported by the young: they are always first when it comes to virtue signalling and building a better world – in this case a better country – to live. No wonder, as the consequence of it all, the angry youth have already begun desecrating churches and demanding that the pope make an apology.

The desecration of especially Catholic churches has a long tradition in all revolutionary movements, beginning with Martin Luther, to the French, to the Russian revolution, to the present day. Not that the young are so virtuous and by the same token feel such a moral wrath at what the priests and nuns allegedly did; rather, the sight of a church building (a sign that will be opposed) pricks their conscience (they know which part of it), and so they want to prove how wicked the clergy is. 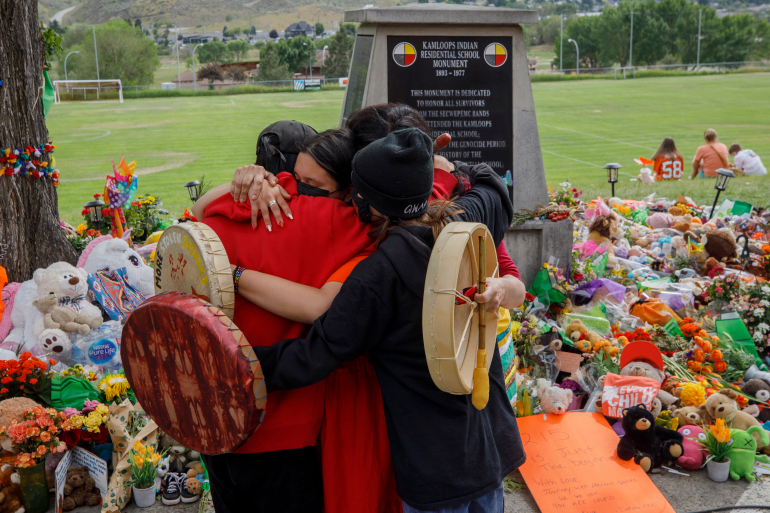 At that time, the residential schools, run by priests and nuns, were tasked with turning Canada’s Indian children into Canada’s citizens, which is why the kids were taken away from their families and provided the same education that white Canadian children had, including strong discipline. Now the objection is raised that the children were forcibly assimilated and integrated with the rest of society. Is it not the purpose of the present-day policy of the European, American and, yes, Canadian authorities when it comes to immigrants? Why should that be the sin of the residential schools? 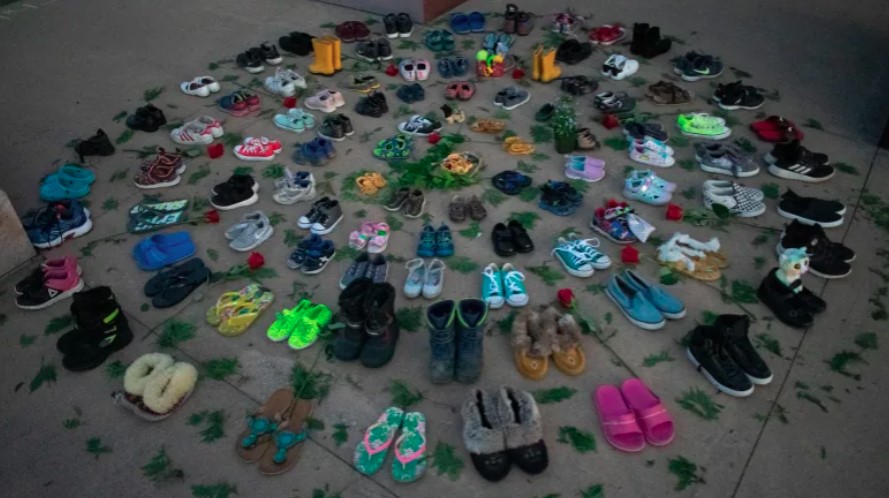 One is left with the impression that the timing of the discovery of the mass graves suited someone’s purposes. Just a month prior to the national holiday!

One cannot stop thinking about the event as a link in a chain of other events that stir up public interest and keep people at large preoccupied with an idea. One cannot fail to notice the artificiality of the trauma being displayed by the many young people, who are no relatives, or very distant ones, of the dead children. One cannot fail to see the ideological and political overlap of Idle No More with Black Lives Matter. A nonwhite minority, the same social techniques, the same toppling of monuments, the same apologetic whites around it. Only take the knee is – as yet – missing from the Canadian counterpart of the American model.

One is also left with the weird impression that all this is clouded in an unsavoury mystery. No date of the death of those children is given (all at once? at a prolonged stretch of time?), no cause of their death named. It looks like someone wanted to paint a picture reminding of a World War Two concentration camp, of those documentary shots of dead bodies being pushed by a bulldozer.

One thing is certain, though: the event is yet another blow at the Western cultural code. The Canada of today (just as the United States and Western Europe) is a shadow of its former self, even without the recent horrific discovery. The Canada of tomorrow will be to the Canada of yesterday like Turkey to Byzantium. The same territory, partly the same place names, and an entirely different nation.

The United States and Western Europe are on the same track. 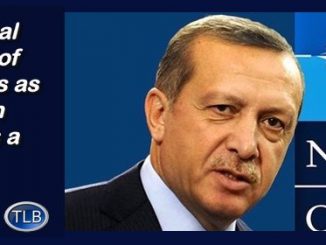 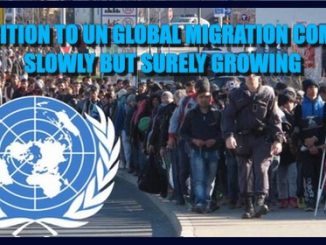