Brain Inflammation and the mRNA Vaccines 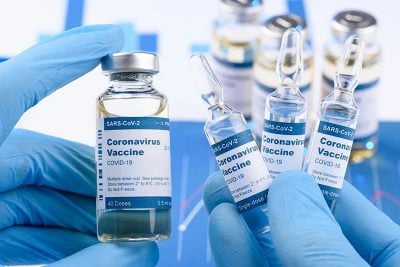 People who received the Pfizer jab or booster had a 40 to 70 percent higher chance over the next six weeks of encephalitis or encephalomyelitis. The Moderna jab carried an even higher risk after the second primary dose or a booster.

Though the finding was published in the peer-reviewed journal Vaccine, it has received little attention – in part because the authors presented the findings in a way that made them seem less statistically robust than they were.

The paper’s finding comes after a stream of case reports in medical journals of brain inflammation following the mRNA shots.

The reports have come from physicians worldwide, including Belgium, Japan, Taiwan, Peru, and Thailand – and even the United States, an unusual development since American physicians are often reluctant to publicize serious mRNA vaccine side effects.

VAERS, the federal vaccine adverse events reporting system, also contains scores of reports of severe cases of encephalitis or encephalomyelitis shortly after Covid shots, although those are not peer-reviewed.

Encephalitis and encephalomyelitis are rare conditions that can occur following infections or auto-immune reactions. Both can be fatal in serious cases if untreated.

The most likely mechanism for potential mRNA vaccine encephalitis is that the shots overstimulate the immune system and cause the body to attack its own tissues in what physicians sometimes call a cytokine storm. As Taiwanese physicians explained in describing two cases:

Exposed mRNA or vaccine components may also be detected as antigens [substances that stimulate the immune system], further resulting in aberrant proinflammatory cytokine cascades and activation of immune signaling pathways…

Some patients in the case reports have had complete recovery after treatment with steroids or other immunosuppressants. Others remained injured or even comatose, according to the case reports.

The Vaccine paper appeared online on September 27 and in print October 26. It draws on the Food and Drug Administration’s Biologics Effectiveness and Safety database, which tracks insurance claims in people who have received vaccines or other treatments.

In this case, the researchers followed claims for 17 different potential side effects, including myocarditis, in three large commercial insurance databases including more than 16 million vaccinated people. They they compared the results to the background rates of the conditions before the shots.

This method probably substantially understates the risk of short-term post-vaccine side effects, because people who are ill or feeling ill – seriously or not – are likely to delay being vaccinated. Thus vaccines tend to be given to people at times when they are at lower risk for illness or death.

That problem is common to all vaccine safety analysis outside of randomized clinical trials, and essentially unavoidable. But this paper had another issue, one that came directly from its design.

The researchers failed to pool the results from the three different databases. Instead, they analyzed each separately. They also analyzed the Pfizer and Moderna shots separately, rather than together.

As a result, the researchers were examining the post-shot risks using data that they had sliced into relatively small pools. In five of the six pools they checked, the researchers found that people who had received the mRNA shots had a notably increased risk of brain inflammation – ranging from 43 to 89 percent. (The only exception was after the first Moderna shot.)

But the scientists then dismissed those findings. Why? The smaller the pool of data, the more easily researchers can dismiss a finding as due to chance. Scientists generally say a finding is not necessarily real if statistical analysis confirms more than a 5 percent chance that it is due to chance.

Thus the writers simply ignored the excess risk they had found, claiming that it “did not meet the threshold for statistical signal in any of the three databases.”

Their refusal to pool and reanalyze the data was particularly odd in the case of Pfizer’s jab, which showed a remarkably consistent excess of encephalitis and encephalomyelitis not just among the various insurers but after each shot. (Inevitably, the researchers made those numbers available only deep in the paper’s appendix.)

The FDA researchers offered no clear explanation for their failure to pool the claims databases – especially since they noted that all they had analyzed all three databases “using the same protocol, analysis, and programming specifications.”

But if their goal was to make safety signals as hard as possible to find, they succeeded.