ER Editor: How odious, outspoken and out-of-touch is this man? Here are two Zerohedge pieces titled Bloomberg Frames Farmers As Primitive Idiots In Demeaning Diatribe and ‘Black And Latino Males Don’t Know How To Behave In The Workplace’: Bloomberg Flashback.

With the Democratic presidential field a uniquely inept mix of the hopeless and insane, Bloomberg using saturation advertising to buy himself wins in delegate-rich red states with weak Democratic parties like North Carolina, Florida and Texas is a good strategy, if he was interested in winning.

But he’s not. He’s running to clear the field for Hillary.

Because the fight over these early states are as much about splitting the delegate count as possible, to strip Bernie Sanders of his chance at the nomination.

This is about manufacturing Hillary as the unity candidate of a failing Democratic Party while sidelining Bernie in the process. That’s the game plan folks.

Michael Bloomberg – the 8th or 9th richest person in the world*  – is trying to buy his way into the campaign, and the Democratic National Committee is permitting it, even though Bloomberg flip flops on his political affiliation… a Democrat, Republican, or independent, depending on what’s most advantageous. 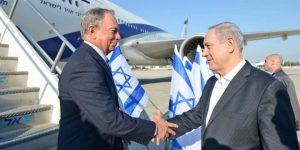 Bloomberg is a fervent Israel advocate. In 2014, as Mayor of New York, he flew to Israel to support Israel’s ruthless assault on Gaza that killed hundreds of children – & defied the FAA’s flight ban to do it.

Reposted from Moon of Alabama

Mike Bloomberg is the world’s ninth richest person.*  An oligarch known for strong racism and insulting sexism who once was the Republican mayor of New York City. He since decided that he wants to become president.

As he saw no chance to run for a Republican party that is happy with Trump, he filed to run as a Democratic candidate. Bloomberg has since bought the Democratic Party in every state as well as the DNC:

His political tactic is very simple. He does not talk about issues, as people would not like what he has to say, but simply spends tons of money:

He’s dropping huge sums of money: on staff and resources, on TV advertisements, and on Facebook ads, where Trump has long dominated. And he’s attempting to overcome his stodgy public image with the help of a meme army and through well-catered campaign events seemingly designed to convince voters that life under a wealthy technocrat might not be so bad. “I think it’s classy,” one supporter told the Times at a Philadelphia campaign rally complete with drink station and a selection of cheesesteaks, hoagies, and brie-and-fig appetizers. “I feel like it’s a nightclub in here. This is what he needs to get people going.”

To date, Bloomberg has spent more than $350 million for his campaign. He is willing and can afford to put several billions into it. Over the years Bloomberg has given more than $10 billion to build a political and philanthropical empire. He used that money to suppress voices critical of him:

In 2015, Center for American Progress researchers wrote a report on U.S. Islamophobia, w/a 4,300-word chapter on the Bloomberg-era NYPD. When the report was published, the chapter was gone.

By then, Bloomberg had given CAP ~$1.5mm. That number has grown.

The really bad thing is that it works:

3 months ago, polls found Mike Bloomberg “widely disliked” with the highest negatives in the race. Now he’s a top 3 contender for the Democratic nomination. One of the richest humans ever is trying to upend every part of the process. And this is just the stuff we know about.

The Democratic Party and lots of its bought-off functionaries seem to be happy with this. They do not mind that it makes the U.S. look worse than the Ukraine. Yes, U.S. politics are always corrupt. But outright buying one’s way into office is exceeding the usual stench.

But would Bloomberg, with Hillary Clinton as running mate, really be able to bring out the votes that are needed to beat Trump? I for one doubt it.

Atrios is appalled by the whole scheme but still falls for it:

Bloomberg is bad for lots of reasons, and one of them is PEOPLE SHOULD NOT BE SO WILLING TO EMBRACE A BILLIONAIRE WHO IS BUYING (not just ads, but people) THE ELECTION WITH HIS ABSURD FORTUNE. I mean, ok, sure, if it’s BLOOMBERG OR TRUMP I’ll choose Bloomberg, but why are people establishing this as the choice? It’s absurd. The only person who can beat an asshole (fake, I know) billionaire is another asshole billionaire? Broken brains everywhere.

“[I]f it’s BLOOMBERG OR TRUMP I’ll choose Bloomberg” is, in my view, exactly the wrong response to this hijacking of a party and election. It is this behavior that makes Bloomberg’s move possible in the first place.

Any good response to billionaires hijacking elections must demonstrate that campaigns by rich people have a high risk of failing. To vote for a third party or to abstain is the only responsible reaction to it.

[Editor’s note: Tulsi Gabbard also called out the DNC and CNN for their discriminatory actions.]

Bloomberg defied a flight ban to show support for Israel, defended the country shelling a school and killing sleeping children

by Michael Arria, reposted from Mondoweiss

In July 2014, Israel launched a series of airstrikes on Gaza, kicking off a 51-day war that left thousands dead. According to the United Nations, at least 2,104 Palestinian were killed, including 1,462 civilians. 495 were children and 253 were women. Over 17,000 homes were destroyed or severely damaged as a result of the attacks.

At the end of that month, the US Federal Aviation Administration briefly banned flights to Israel over security concerns. Former New York City Mayor and presidential hopeful, Michael Bloomberg flew to Ben Gurion International Airport in Tel-Aviv to protest the ban and show support for the Israeli government.

“Safely landed at Ben Gurion Airport in Tel Aviv – here to show support for Israel’s right to defend itself,” he tweeted after arriving in the country.

Bloomberg later penned an op-ed (for the media company he owns) explaining the reasons for his trip in more detail and pledging his full-support for the Israel’s actions:

During my brief time in Israel, I met with Prime Minister Benjamin Netanyahu, President Shimon Peres and Jerusalem Mayor Nir Barkat. I thanked them for standing with us after the Sept. 11 attacks and offered my strong support for their actions in response to the attacks by Hamas. Every country has a right to defend its borders from enemies, and Israel was entirely justified in crossing into Gaza to destroy the tunnels and rockets that threaten its sovereignty. I know what I would want my government to do if the U.S. was attacked by a rocket from above or via a tunnel from below; I think most Americans do, too.

In a Face the Nation appearance that August, Bloomberg was asked specifically about Israel shelling a United Nations school. The act was regarded as so callous that even the Obama administration put out a statement calling it “totally indefensible.” When asked if Israel had gone too far by host Norah O’Donnell, Bloomberg was clear in his response:

NORAH O’DONNELL: It’s difficult to watch the images that we air on our network and other networks. This week a school attack that had thousands in there. It was described as bloody mattresses. Children killed who were sleeping next to their parents. The U.N. Secretary General Ban Ki-moon said Thursday, “Nothing is more shameful than attacking sleeping children.” Did Israel go too far?

MICHAEL BLOOMBERG: Israel cannot have a proportional response if people are firing rockets at their citizens. Can you imagine if one of the contiguous countries to America were firing rockets at America, the same people who are criticizing the Israelis would be going crazy demanding the President does more. Unfortunately, if Hamas hides among the innocent, the innocent are going to get killed because Israel just does not have any choice but to stop people firing– Hamas firing rockets at their citizens. They have a right to defend themselves and America would do exactly the same thing.

NORAH O’DONNELL: Doesn’t the Geneva Conventions lay out that you cannot attack schools or hospitals?

MICHAEL BLOOMBERG: And, unfortunately, if there are innocents getting killed at the same time it’s not Israel’s fault. 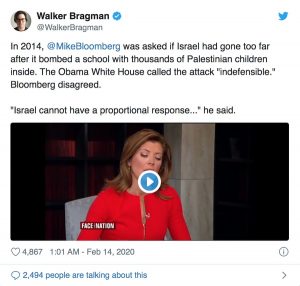 Bloomberg’s support for Israel has been consistently unequivocal. In 2015, he pushed back on the Obama administration’s efforts to generate Democratic support for the Iran Deal. In 2013, Bloomberg marched alongside Danny Danon, the former deputy minister of Defense in the Netanyahu government, during New York City’s Israel Day Parade. Danon is a vocal advocate for annexation: “The Jewish people are not settlers in the West Bank, but Israel will make the Palestinians settlers and Jordan will be the one taking control over Palestinians and that’s it,” he once told an Israeli TV station. 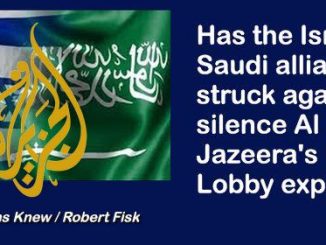 Al Jazeera did a hard-hitting investigation into US & Israeli lobbying – so why won’t they air it?