Pushback against 5G is still happening, although it’s clear that the lockdown is being used to advance the rollout agenda. And the strategy of public deception accompanying it is still going full-tilt. Here we have news from southern Belgium and the UK.

In addition to the article below, we also recommend this piece from the Brussels Times of April 20, 2020 titled Several Walloon towns push back against 5G roll-out. Walloon is the French-speaking 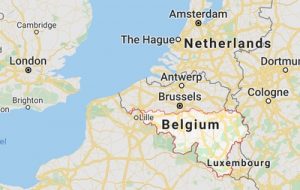 southern half of Belgium below Brussels (see map). Of note:

A growing number of towns and cities in Wallonia are pushing back against the roll-out of 5G networks on their territory, which has been underway in Belgium since 1 April.

Telecom operator Proximus announced it was temporarily suspending the deployment of infrastructure in several locations in Wallonia at the request of a number of municipalities and cities.

The announcement comes after the municipality of Ottignies-Louvain-la-Neuve last week got Proximus to halt deployment on its territory pending a public consultation round with residents.

Interestingly, the city of Brussels itself has been left out of 5G rollout plans for now because ‘the radiation standards in Brussels “are almost 50 times stricter” than what EU and WHO guidelines call for, according to Bianca Debaets, a member of the Brussels Parliament.’

Readers may be interested in this February 2019 report (pro-5G alert) on the phased trials of 5G in Europe and the UK, titled Europe targets 5G rollout in every major city by 2020.

The Open Letter of Complaint was written in response to an article published by First News in their children’s online newspaper titled “There is no 5G Conspiracy”, claiming 5G is absolutely safe. RRT, which is a trusted and leading UK group dedicated to education about wireless radiation health effects, has been receiving emails and phone calls from parents, school children and teachers asking RRT to respond to the article. 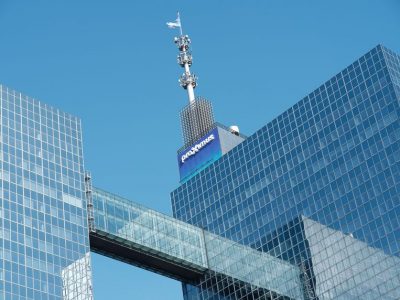 Some 400 doctors and 900 health care workers have signed an open letter to the government, urging them to exercise caution regarding the roll-out by Proximus of a forerunner of the next generation of mobile data, known as 5G.

The six-page letter goes out under the name of the Hippocrates Electrosmog Appeal.

Last week, Proximus began to test its “5G Light” version of the new generation in 30 communes around Belgium, the timing of which the organisation criticises.

“Even though it could be a simple coincidence, this seems indecent to us at a time when the people are fighting to overcome a human drama which concerns us all. At the same time, consumer organisations have been quick to publish articles claiming that the technology is not dangerous,” the authors write.

The population has been increasingly exposed to electromagnetic radiation over recent decades, from cordless telephones in the home to the current saturation of high-speed internet, mobile phones, wifi in the metro and the growing Internet of Things, the letter says.

Now along comes 5G – or for the time being at least, a sort of 4G+ – which promises to be many times more powerful.

“However, the safety of this exposure has never been demonstrated,” the authors say. “On the contrary, evidence of its harmfulness is accumulating. Since 2011, moreover, electromagnetic radiation from wireless technologies has been considered by the WHO as possibly carcinogenic, largely because of the increased risks of gliomas and acoustic neuromas in long-term users.”

The letter decries the way the precautionary principle has been ignored so far in the deployment of these technologies.

The precautionary principle is a recognised strategy for approaching issues of potential harm when extensive scientific knowledge is lacking. It calls for caution and review before leaping into new innovations that may prove dangerous. Critics argue that it is unscientific and an obstacle to progress.

“When serious and possibly irreversible risks have been identified, the lack of certainty should not be used as a pretext to postpone measures to protect the environment and health.”

The group behind the letter concludes by calling on the government to apply the precautionary principle in order to protect the population, especially children, pregnant women and the elderly; introduce a moratorium on the deployment of 5G pending health impact studies; to raise awareness among citizens, in particular parents, adolescents and pregnant women, about the responsible use of wireless connected objects; to establish truly protective exposure standards; and to create a vigilance centre or a symptom inventory organisation relating to this type of exposure.

“Recent events make the situation even more worrying, but let us agree together that they can also be the occasion for new awakenings and advances in the field of prevention, which must today, more than ever, be the object of all our attention.”

Featured image is from TBT

The original source of this article is The Brussels Times 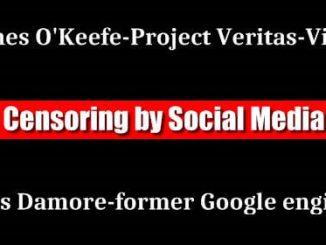 Seeing Is Believing: What the Data Reveal About Deaths Following COVID Vaccine Rollouts Around the World