Convenience store chain 7-Eleven is debuting facial recognition across all 700 Australian locations, supposedly for no other purpose than to avoid customers “gaming” their feedback system. Aussies aren’t buying it – literally.

A 7-Eleven spokesperson told Australian outlet iTnews that the ominous signs popping up in store windows over the past few weeks – “Site is under constant video surveillance. By entering the store you consent to facial recognition cameras capturing and storing your image” – refer solely to the use of the chain’s new Rate It customer feedback tablets.

Footage captured by the system is “not used for any other purpose,” the chain claimed on Monday, adding that “if a customer doesn’t use the feedback tablet, their image won’t be recorded.” Images are stored for seven days and permanently destroyed afterwards, and 7-Eleven “does not have access to this encrypted data,” the company stated.

Explaining that the “use of facial recognition within the Rate It tablet is to ensure that the feedback is accurate and valid,” the spokesman stressed it was necessary to avoid “the system being ‘gamed.’”

The explanation has raised some eyebrows Down Under, with many on social media questioning the need for such an elaborate system – as if customers attempting to “game” a customer feedback mechanism was such a dire problem that it required the rollout of “another panopticon.” 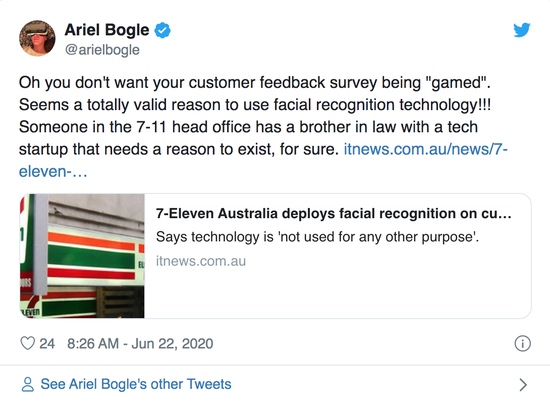 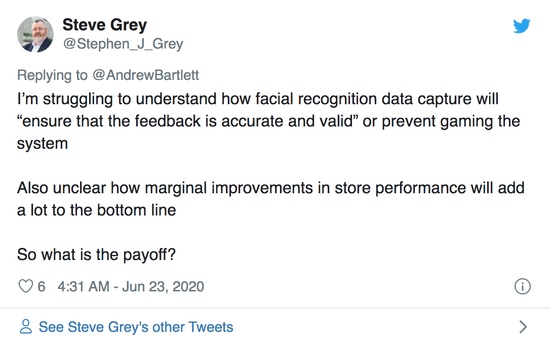 Many wondered at the priorities of the chain, recalling the recent wage theft scandal in which 7-Eleven was found to be systematically underpaying its workers, doctoring payroll records, and threatening foreign employees who complained with deportation. 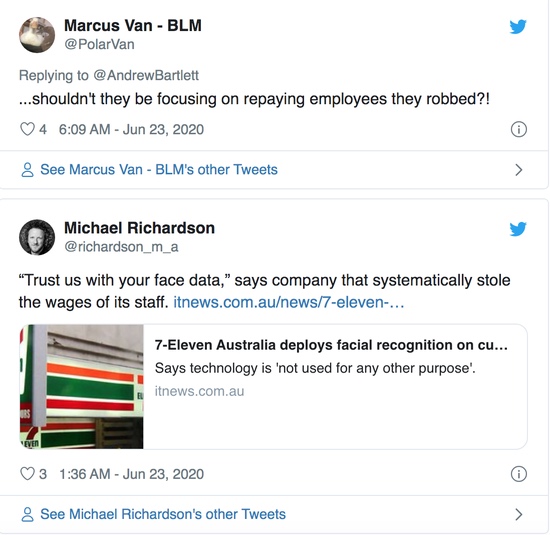 Others complained the chain did not include any mention of the new surveillance system in its privacy policy, and that merely putting a sign in the window was “too late” for customers who’d already used the gas station pumps. 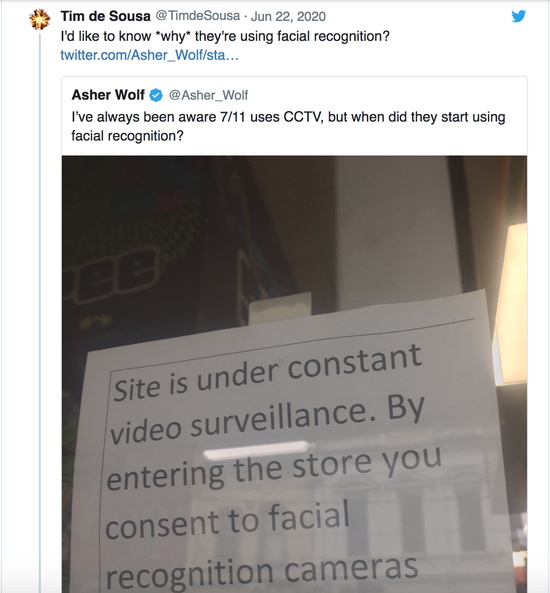 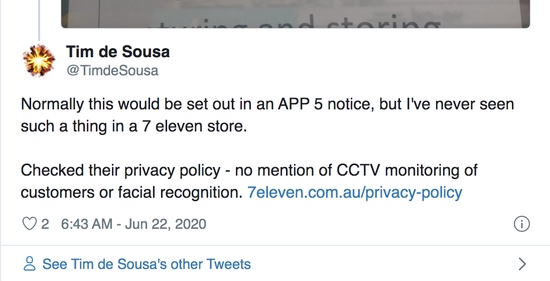 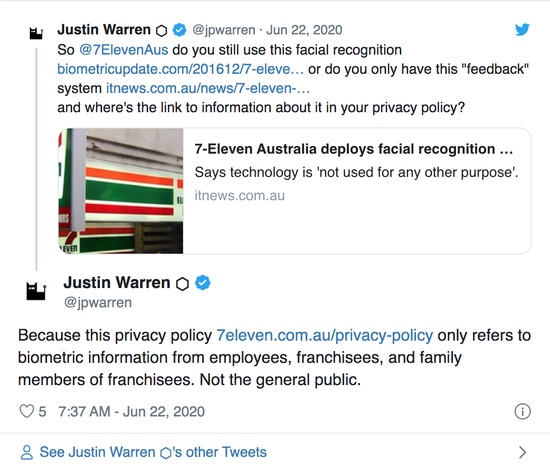 A few suggested a boycott. 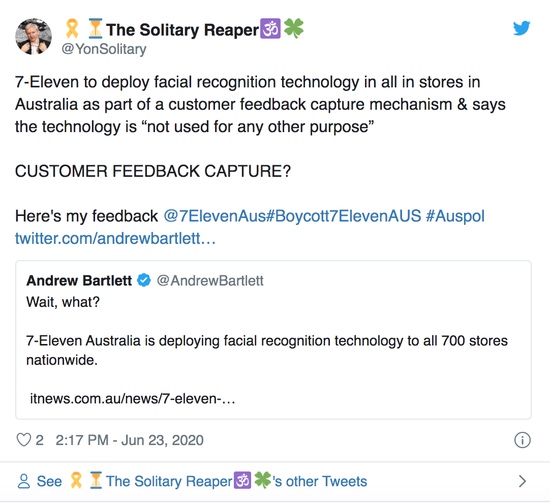 Australian media have reported an uptick in facial recognition systems in “all states and territories,” with Queensland and Western Australia confirmed to be using real-time facial recognition on CCTV cameras and New South Wales admitting to ABC that they are “exploring” using the tech. Facial recognition-based surveillance systems are also being rolled out in schools. An attempt to create a federal facial recognition database last year was spiked because of privacy and human rights concerns, but the idea remains, and concepts that run afoul of restrictions on government intrusion have a nasty way of being implemented via the private sector. 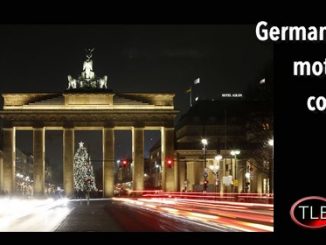 Germany the biggest loser from EU sanctions against Russia