This article was originally published at Strategic Culture Foundation.  See Part One here.

A credible journalist won’t report speculation. Speculation might subsequently be proven false. To publicize false allegations is to prejudice the public; only bad can come from it. What’s said in speculation (such as reporting anyone in authority saying, at the first heat of an alleged event, such a thing — actually tentative and only speculative — as «A truckload of explosives was discovered around the George Washington Bridge»), is something that a credible journalist, working for a credible news medium, simply won’t do. And only a public who likewise don’t care much about truth would even want them to report speculation as being instead fact — not even if the ‘news’ being reported is someone else being quoted as passing his speculation off as being ‘fact’. Someone else’s stating his mere speculation as being instead fact 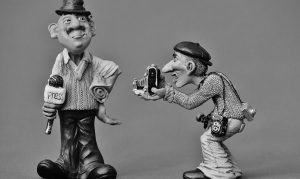 is no excuse for reporting the statement. A public that cares a lot about truth won’t subscribe to ‘news’ media that are such fakes as that. Someone else’s mistakes are no ‘justification’ for one’s own. There was no basis yet, for reporting, «A truckload of explosives was discovered around the George Washington Bridge». It was not at that time — or ever — a confirmed allegation. A confirmed allegation would instead have been something like «Police somewhere in nearby New Jersey are said to be inspecting a vehicle to determine whether it contains explosives».

The only circumstance where an authentic news medium will report a false allegation is in order to point out that an allegation that was published is false — to report that some fake ‘news’ medium had done that sort of thing. However, fake ‘news’ media never report about other such ones as being fake. They don’t expose their real «brothers in crime». Only authentic news media (such as this) expose inauthentic ones. The inauthentic ones instead just continue to ‘report’ distortions and lies, mixed in with proven truths, in order to make their allegations seem ‘authoritative’ to the gullible. But that’s really no more credible than is paid advertising. It’s not news reporting. News 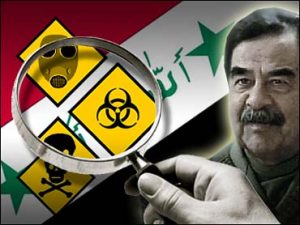 reporting is 100% true, not truths mixed with errors and/or lies (i.e., «myths»). And, in the rare instance where a news medium will make an error, the news medium will be alarmed about it, report its error, and transform its operation so as never again to repeat any such thing. Did that happen with all of America’s ‘news’ media, which reported in 2002 and 2003 that Saddam Hussein had or was producing weapons of mass destruction (WMD)? It happened with none of them. Judy Miller was fired from the New York Times. She was a rotten ‘journalist’, but firing her still left a rotten ‘news’ medium, one just as unreliable, which is no better now than it was then — still systematically distorting reality (like all the rest of the mainstream press still do, at least in the United States).

The mainstream newsmedia aren’t like that: they hide their prejudices. But they feed the public’s prejudices, because the press are virtually prohibited from reporting the truths that would need to be reported in order for public affairs to make sense to the broad public. Hypocrisy thus reigns in the press, just as it does in the White House. This is why the public are confused.

A reader of one of my reports about the Sauds’ role in 9/11, objected to it by citing this very lengthy «The ‘Dancing Israelis’ FBI Report — Debunked», which was an «Update» dated on 6 April 2015, and therefore was supposedly somehow more up-to-date (by 11 years) than were the FBI’s closing actions on this case in 2004 and 2005, but which actually was presenting only the 40,000-words that had been in the files of the FBI and local police regarding the «Dancing Israelis» matter during the year it happened, 2001; so, instead of its being 11 years later than (and thus supposedly more comprehensive than) the FBI’s closing

action was, it was 3 years earlier than was the FBI’s closing action, and this closing action was based upon lots more than just what was known in 2001 about the matter. Moreover, near the end of that entire 40,000-word record, the person who was posting it, embedded (and featured) a video, which happened to be the very same one that I linked to above here, where I cited «Another of these speculative videos, dated 6 March 2012, ‘Dancing Israelis Our purpose was to document the event’,» except that this uploading of that same video, to Youtube, was instead titled «Five Dancing Israelis Arrested On 9/11», and was dated five years earlier, on 5 January 2007. People present ‘evidence’ that’s garbage, and then other garbage believers repeat it through the years, long after it has already been proven false; but, they all believe it — and they will continue to believe it — because they are committed to garbage; they will not let go of it. They don’t just choose it; they hug it; they will not let go of a falsehood, no matter how many years after it has already been proven false. To them, Earth will always be flat, not round. It has become an article of faith, for them.

There is actually no reason for a person to trust ‘news’ just because it comes from a source that confirms his or her own prejudices, whatever they might happen to be. Constant intelligent skepticism — thinking things through in the way that a scientist is supposed to — is the only way to truth, not only about physics, but also about human affairs, too. There is no shortcut; scientific thinking is the only way for any person who seeks the truth, instead of mere ‘confirmation’. People who seek only ‘confirmation’, end up ‘confirming’ their prejudices, and so being the fools of fraudsters; and these fools are the cheapest type of agent that any fraudster can obtain, because such fools are motivated by other people’s errors and outright lies, and not only by money (and not at all by good, which is always based only on truth — something that’s alien to people of prejudice).

And then, best-selling novels about the 9/11 plot become promoted and confused by ‘news’ media and their subscribers, as if the novel is presenting a real history of how 9/11 happened (alleging events «that prove… that the operation leads directly back to companies and intelligence assets deeply rooted in and connected to the state of Israel»). This particular book’s author posts online her ‘resources’ such as a section on the novel’s ‘Israeli art students’, whom the author alleges that the New York Times had reported about on 18 August 2001, but which actually had said that these people were «Vienna-based artists», who were «on the 91st floor of the World Trade Center» (the building-number wasn’t indicated in that news-report), and the author also assumes that those ‘Israeli art students’ were the very same people as a ring of fake Israeli art students that the DEA were tracking throughout the U.S. for years. No reason for that assumption was given. The object is to sell books to fools, because that’s such a huge market — it’s very profitable.

The case against the Sauds is instead based upon real (that is to say scientific) criminal investigation, by the FBI, and supported also by leaks from Wikileaks and others, and validated also in court testimony, and by other authentic evidence. But, among the public, there are many anti-Semites, and also both 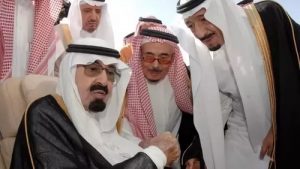 Jewish and non-Jewish anti-Zionists, who want to believe, in some form, that ‘the Jews did it’. There is a substantial public that believes in a big amorphous Jewish conspiracy behind everything bad. Whether they are racists or not, they are fools, and the organized gang that is actually in control appreciate them for helping to distract the broader public from the real crime ring that’s at the top, and from precisely what its individuals are doing, and why they are doing it.

There are a lot of bigoted fools around. The real conspirators can easily get away with mass-murder, while such fools blame some amorphous mass of people («the Jews,» «the Russians,» or otherwise) instead.

Anyone whose main sources of ‘news’ are the traditional ones — TV, radio, and print (the media in which there are no links that a member of the audience can click onto in order to check out immediately a ’news’-report’s sources) — is being blocked from access to the sources (since the viewers on such media can’t simply click onto and examine for themselves these sources), and therefore can’t reasonably trust those reports, at all. But in online news reporting (or equivalent online historical reporting), the possibility exists, for a writer to link directly or indirectly (from the directly linked-to sources) to the original sources, for at least many of the key allegations in the given report; and, so, any intelligent reader can determine for herself whether a given online news report is at all trustworthy. No longer must people depend only upon whatever prejudices they might happen to have — Christian, Jewish, Muslim, Republican, Democratic, Tory, Labour, or whatever. If a reader can’t click directly onto any questionable allegation to check its source, then the reasonable presumption would be that the given ‘news’ report is actually propaganda — unless and until the reader himself checks out and verifies its allegations (which very few will do, if the report isn’t online — and which few might do even if the report is online, but at least that site and its reporter respect their audience enough to empower them by providing those links, instead of merely to exploit or manipulate them).

My own practice as a reporter is to link to the best source I know of regarding any questionable allegation that I make, and to check very carefully any video or other non-linked source before qualifying it to be worthy of being linked-to in my own reports. I believe that this procedural standard should be routinely adhered to in all online news reporting or commentary. But very few reporters do adhere to it. (And few news consumers complain about their failure to do so. The market for high-quality journalism doesn’t yet exist, but maybe it will someday.)

If an alleged news report or commentary is written to be taken on faith, then the reasonable response would be to reject it on sight so as not to pollute one’s mind with false beliefs, such as most minds tragically are.

Perhaps some way will be found to teach the public how to teach themselves how to find real truth. Ultimately, this is the skill that any authentic scientist, in any field, is applying in that person’s own research — regardless of the field. For example, it is what separates the field of journalism, from that of mere propaganda (fake ‘news’). On any important topic, fake ‘news’ now reigns. The public are thus confused. They are deeply misinformed. There is no shortcut. 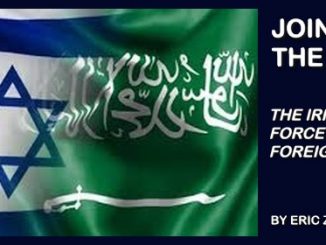 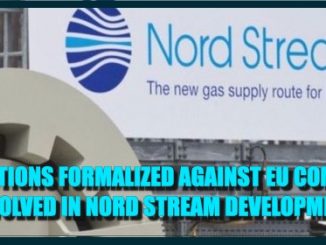 US Demands Europe Join Its War Against Russia